The ISS cameras picked up a great UFO cluster passing by the ISS cameras and it was on their live feed so anyone watching saw this. UFO formations.

This is exactly what it says on the tin, loads of UFOs flying past the ISS in UFO formation's and it looks absolutely incredible, stunning even.

Here's the first screenshot I've taken from the superb video by the ISS and NASA camera's. If you know what a continent at night time looks like from the iss then you'll instantly know that this isn't the Earth, it's definitely something passing by the ISS. 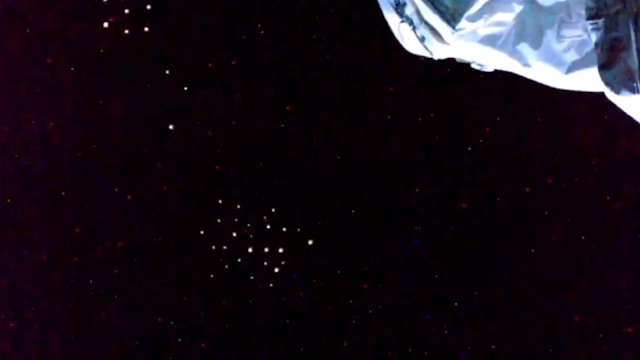 Credit: NASA/Space Videos Live Feed/UFO Sightings Footage/UFO News/Canva/Wikipedia.
I'm really not convinced at all that we are looking at the Earth's light's lol because I know the difference between continents and light's going past the ISS. It's as easy as pie to differentiate between the two.
Related post
Greatest Recording Of A UFO Ever Captured And It's Real
I've just gone to YouTube to get the embed code and I've only had the video on YouTube for about half an hour and it's already got 1 dislike and no likes. I've evened it out with a like. Oh well, all I can do is present what I believe is real, what I like the look of and what I believe that people should see and look into for themselves. 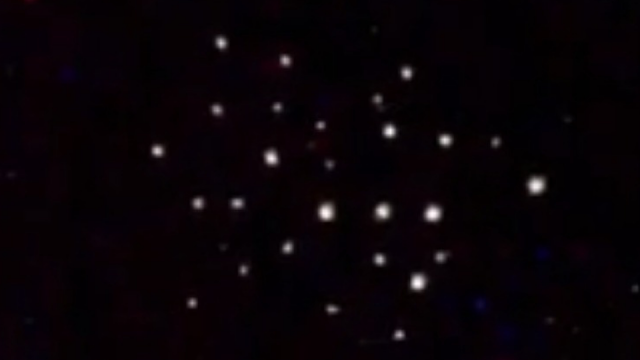 Credit: NASA/Space Videos Live Feed/UFO Sightings Footage/UFO News/Canva/Wikipedia.
There's a serious amount of UFOs here and every single one of them have all been caught red handed flying right past the International Space Station (ISS). These UFO Orbs were all caught on their "outer Live feed cameras."

For what good they're worth because when something juicy comes into view these camera's develop in instant case of technical problems which as you probably can tell by the way I'm writing this that I don't believe it's a technical problem.

It wouldn't surprise me if these UFOs all knew about the camera's looking their way you know, what with their supposedly "wonders of the technology realms." Do you think that they want to be seen? Was just a coincidence that they decided to pass our pathetic defence systems literally waving at it as they all flew past! 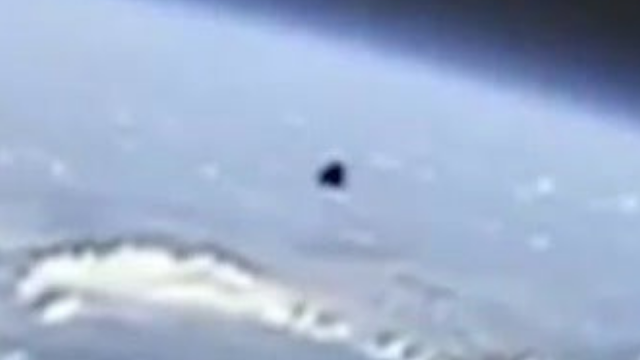 Above is a typical looking UFO that passes the ISS on a regular basis. Personally I think that everyday there's a huge number of UFOs coming to Earth. Who knows how many approaches the Earth from directly on the opposite side of the Earth where there's no ISS to see it?
Credit: NASA/Space Videos Live Feed/UFO Sightings Footage/UFO News/Canva/Wikipedia.
If you think about our Space Station as a defence point of view like it's got a huge gun emplacement inside the ISS then that would all be understandable, right? It's part of Earth's defences, we more than likely don't need it - but let's just say that Aliens are coming to Earth, they see this tin can in orbit around Earth with a security guard sat inside eating doughnuts. They must fly past laughing and pointing at it, texting their ET friend's memes of overweight security guards on Segways. Titled "Earth's Defences Suck".
There's even questions been asked on Reddit by Reddit user "Tyrannosnorlax" who actually saw this UFO event actually unfolding on the ISS Live Feed on YouTube. Check out that post on Reddit here.
All I want to know is why these UFOs are coming to Earth and what are they up to? The US Government declared UAPs as a real bona-fide entity and that they are not other countries advanced aerodynamic flying vehicles so after crossing off all the obvious elements, we're left with Extraterrestrial entities. They know that and they stopped short of calling the UFOs.
Check out Wikipedia UFO Sightings in space, it's eye opening to say the least.
There was a large cluster over Miami in Florida not long ago which I wrote a post about. I'm wondering if there's any connection between this UFO cluster and the cluster over Florida? Check out that link here.
I have seen this type of event before in a very similar scene and if your interested this link will take you to the YouTube channel and Live Feed of the very camera that took this amazing UFO sighting.
Here's the full video which I've narrated and added this awesome introduction clip and outlook clip with the X-Files TV soundtrack:
Please can you share your thought's and opinions also any ideas that you might have about this amazing UFO cluster passing by the ISS. Also can you please share this post with someone who you think would appreciate it, cheers.
Credit: NASA/Space Videos Live Feed/UFO Sightings Footage/UFO News/Canva/Wikipedia.