At the ISS all the training couldn't help this Cosmonaut overcome his obvious fear at seeing a UFO. He yelled "it's a ship" meaning a UFO was there.

This UFO encounter is awesome, it's a huge ship which the Cosmonaut correctly identifies and he actually shouts it out while talking normally.

This huge UFO is travelling quite slow just next to the ISS, it's so large that the Cosmonaut in question which is either Oleg Skripochka or Alexander Skvortsov. 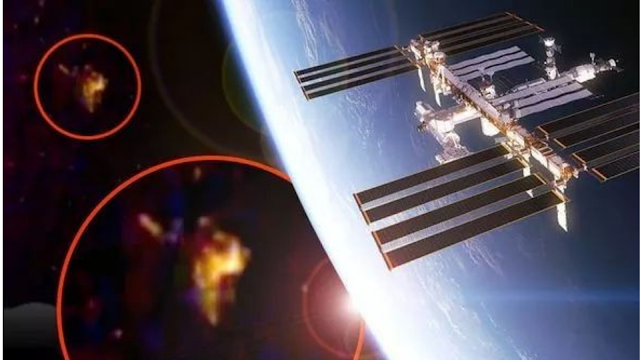 Credit: NASA/ET Database/UFO Sightings Footage/UFO News/Canva.
There's a conversation going on between the Cosmonaut and the Earth based management then all of a sudden the Cosmonaut yells out "it's a ship" obviously meaning a UFO Spaceship has just arrived outside and even more astonishingly they wasn't expecting any visitors. But that doesn't mean that there's a UFO outside, actually to me and you it does mean a UFO but to the Cosmonaut and ground control might think it's a solar panel come loose, a shield cover or a heat cover etc.
Related post
NASA Live Stream UFO Filmed From Different Angles
So for the Cosmonaut to yell out specifically saying a ship, well that's an open and shut case. Cosmonauts are trained observer's, they can identify anything that should be in space. They can tell you about all the equipment that they use. They know the shape of their rocket, capsule, living capsule, re-entry rockets, shuttles, the ISS because it's all their responsibility to know every single inch of everything on and in that spacecraft!
Related post
UFO Scanning The ISS As It Moves Past It With Window Opening On The Orb Sphere
It's all for one reason, their safety, their health. Even though they've got a lot to remember with the many, many different gadgets and machines the Cosmonaut could still say with a varying degree of confidence and with good inclination that it's a UFO.

Date of sighting: Nov 21, 2019
Location of sighting: International Space Station
Source: NASA live ISS cam
Russian astronaut on ISS noticed the UFOs appearing on the live cam...
Russian on ISS: "A ship..."
NASA on earth: "Copy all. We just clarified. Its with you...thank you."

It's one thing to see a UFO but it's another thing to shout out that a spaceship is outside the ISS and NASA ground control to reply back in a "knowing manner" as if they was expecting it. Don't forget though that NASA just recently announced another "unknown craft or object" right next to the Chinese Space Station. So, that's how I know that NASA must have known about the craft already. Which would explain the knowing in their (NASA's) manner when the ship arrived. 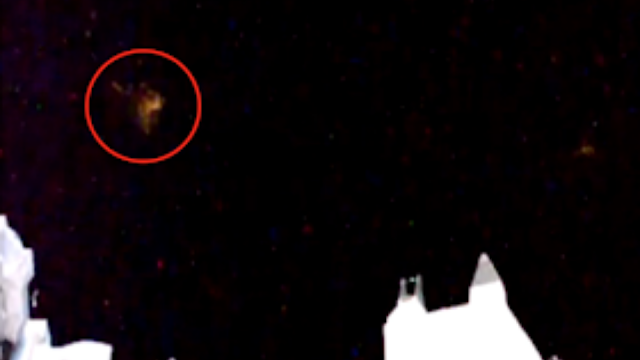 Seriously, that's good enough for me because I know how much training goes into the Cosmonauts career. Throughout their career they will have so much training and will be given enormous responsibility to ensure that their senses, their own decisions and ideas and also their initiatives and everything in between is on another level. That's why I know that this is a real, tangible spaceship.
Here's the full YouTube video:
Please share your thought's and opinions also any ideas that you might have about this amazing UFO sighting filmed right next to the ISS. I'd also appreciate it if you could share this post with someone who you think would appreciate it, cheers.
Credit: NASA/ET Database/UFO Sightings Footage/UFO News/Canva.