Mars Ingenuity Helicopter completed it's 10th flight but not long after 2 UFOs we're sighted in the area making it very dangerous to carry on flying.

I've gotta admit, these are definitely UFOs and they were spotted right near to where the Ingenuity Helicopter had it's 10th flight.

The Physics Insight YouTube channel actually posted this so I couldn't help but be curious as to why they thought this was a real, bona-fide UFO? Sure enough in a couple of frames it's right there but in other frame's it's not. Credit: Earth Sky/NASA/UFO Sightings Footage/UFO News/Canva.
Actually there's 2 UFOs but at different times and places. It has given it motion, like the stop start animation and that's why the Physics Insight YouTube channel has said that these are not only UFOs, but and I quote "dangerous UFOs".
Related post
Whistle-blower Claims He Was Stationed On Mars To Defend 5 Colonies
And I assume that's just because of the Ingenuity Helicopter flying right near to there and with it been Ingenuities 10th flight, I can see why it's a dangerous UFO. It could be dangerous for the helicopter and it's whole mission on Mars because of the obvious reasons as it's not like we can just go outside and pick it up if it's sent to the ground with a bang! 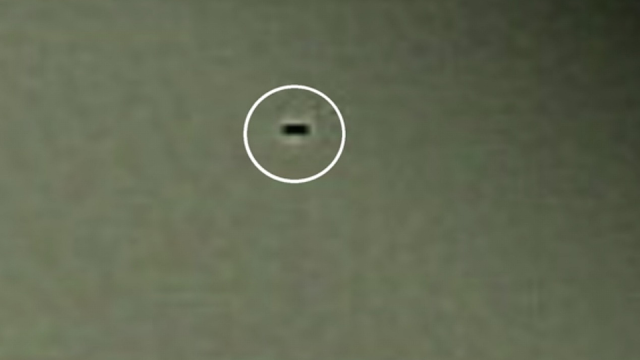 Unless you subscribe to the theory that's it's all filmed in the desert or Iceland, you know, the place that's blacked out in Google Earth... Then none of this can be real.

But, gladly that's just an urban myth like Bigfeet or The wee Loch Nessie. I'm sure though that there's been other UFO sighting's filmed by NASA on Mars? Well, as it goes I've written a few post's on that very subject (including Birds, shoes, Crabs, secret Soldiers looking at the Mars Rover), tanks, Pyramids, a finger, a skull and a skeleton. I kid you not, there's a whole plethora of weird and whacked out thing's just sat there on the Martian planet waiting for someone to see assorted photos of cloud's and see UFOs etc, It's called *Pareidolia.
Physics Insight quote:

These images of unidentified flying objects were acquired on Jul. 26, 2021 (Sol 153). NASA's Ingenuity helicopter completed its 10th flight on Mars Saturday (July 24, 2021). During 10th flight Ingenuity climbed 40 feet in the air, then headed south-by-southwest toward a collection of rock features called "Raised Ridges," before looping back around to a landing zone about 310 feet west of its initial takeoff spot. Before Saturday, Ingenuity had already flown nearly one mile in total, so its 10th flight helped it hit that threshold. Images Credit: NASA/JPL-Caltech

This a case of people taking close attention to the smaller details and believe me, when UFO researchers are going over the NASA Mars photos, they will do so with a fine tooth comb. What does that even mean, a fine "tooth comb" lol. Anyway's, these UFOs are in a couple of frames so they can't be dirt kicked up by the helicopter. There's many UFOs on Mars so where did they go, where do they stay, recharge and send information that they've gathered? They're there somewhere else on Mars, they must be right.
Here's the full YouTube video uploaded by Physics Insight:
Please share your thought's and opinions also any ideas that you might have about this amazing UFO sighting filmed right there on Mars near the Ingenuity Helicopter. I'd also appreciate it if you could share this post with someone who you think would appreciate it, cheers.
Credit:
*Pareidolia:
Seeing familiar objects or patterns in otherwise random or unrelated objects or patterns is called pareidolia. It's a form of apophenia, which is a more general term for the human tendency to seek patterns in random information.
Earth Sky website.
Credit: Earth Sky/NASA/UFO Sightings Footage/UFO News/Canva.