The international space station had a real UFO sighting from the many cameras on the outside of the iss. A UFO was filmed passing by the ISS.

It's that time of the week again, here's another UFO passing by the ISS and this one's filmed from various different angles.

Correct me if I'm wrong but doesn't the ISS have a collision alert system or a near object detection system? Well, actually I've just looked it up and absolutely yes, the ISS does have a very extensive and dedicated team solely responsible for updating and maintaining this system. The information that we want to read is inside of this paragraph which I've highlighted. Check this awesome quote from NAP:
Related post
Apollo Veteran Say's Alien's Came To Earth In Peace On A Mission To Stop Humanity Destroying Itself
Collision Warning and Avoidance.
CURRENT PROGRAM
Protecting the Space Station from Meteoroids and Orbital Debris 1997.
The ISS program plans to maneuver the space station to avoid collision with objects tracked and cataloged by the U.S. space surveillance network (SSN). A modified version of the scheme currently used in the space shuttle program will be employed. In support of that program, the SSN routinely screens the catalog for objects predicted to approach the orbiter within a defined “warning box” approximately 25 km along the track of the orbit (either leading or trailing), 5 km across the track of the orbit, and 5 km out of the plane of the orbit. 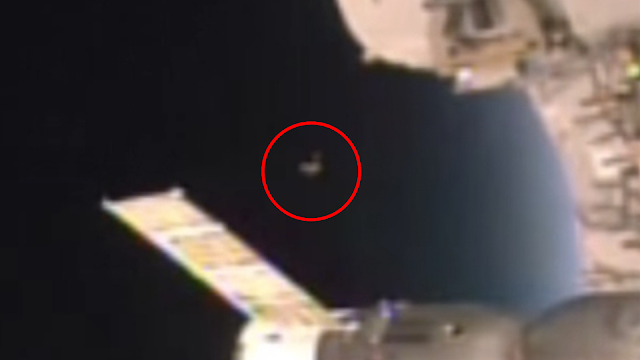 Credit: Streetcap1 YouTube Video/NASA/UFO Sightings Footage/UFO News/Canva.
So, you can bet your bottom Dollar that they would have moved the ISS wouldn't they if they knew this was coming so close to the iss, no matter how slow it seems like it's going because in reality that UFO is travelling at 17,500+ miles per hour.
YouTube video description:
I have not a clue what this is. If it's a Satellite, then surely it's way off course and ISS Radar hasn't seen it yet. An object this close to the station would surely prompt a collision alert. I will try and link this, although links have a habit of disappearing or moving I've noticed.
So that's a UFO in the truest sense of the word. 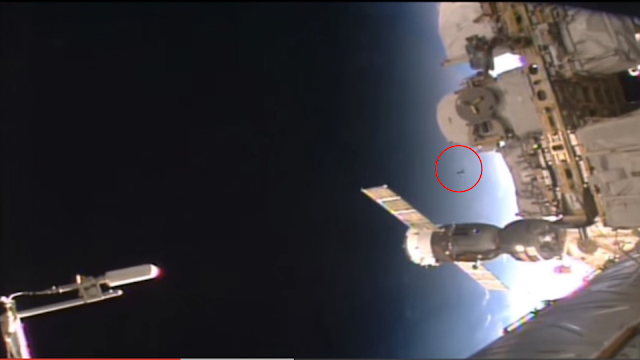 Credit: NAP.edu/Streetcap1 YouTube Video/NASA/UFO Sightings Footage/UFO News/Canva.
The UFO has moved from the position that we see in the above image. 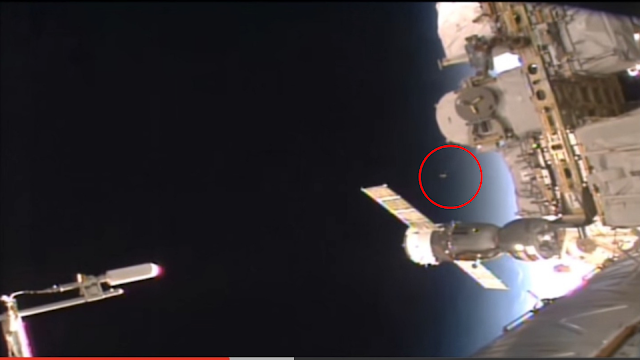 Credit: NAP.edu/Streetcap1 YouTube Video/NASA/UFO Sightings Footage/UFO News/Canva.
Or is that just in Hollywood movies, because if it has which I'm pretty sure there's a database of all known objects which keeps the ISS safe by making minute changes to the steering otherwise astronauts wouldn't be able to get any work done. They'd be constantly having yo avoid debris or correct their course.
Related post
The Largest Cluster of UFOs Flying Right Past The ISS In Formation's
So, based on that this can't be in the database (if one exists, which I'm sure it does) the iss wouldn't be anywhere near the object we can see moving in the video. There's a description with the YouTube video that say's the Streetcap1 will put a link to the actual video of it on UStream, but it might not work because they have a tendency to move or stop working and low and behold, I checked the link in the YouTube video by Streetcap1 and it's been moved because I had a 404 return. He called it, but fortunately for us he's already uploaded it to YouTube.
Here's the full YouTube video by Streetcap1:
Please share your thought's and opinions also any ideas that you might have about this amazing ISS UFO sighting recorded on NASA's live stream TV. I'd also appreciate it if you could share this post with someone who you think would appreciate it, cheers.
Credit: NAP.edu/Streetcap1 YouTube Video/NASA/UFO Sightings Footage/UFO News/Canva.