Mind blowing evidence shows that the Government has been aware of UFOs or UAPs for longer than they claim and they know it's Alien's and not Russia.

Just when it feels like we're being told the truth about UFOs and Aliens at last, something else raises it's ugly head and throws everything we thought we knew about UAPs, down the toilet.

Satellites that look into deep space have followed UFOs all the way to the Atlantic ocean and to exact coordinates where they enter and exit the ocean while emitting a very specific and same signal every time they enter or exit. The following info is astonishing. I've supplied all the links to verify everything.
The mainstream media journalist's won't touch the UFO and Alien truth phenomenon with a barge pole, I mean c'mon you must already know that without my say so? It's already agreed upon about what not to cover and what they can cover (journalists) in advance. To be honest with you, most of the institutional journalists ie BBC CNN or Government backed media outlets around the world wouldn't be able to even if they wanted to. So it seems yet again journalists are under control and are definitely 100 percent ignoring the truth either by want or not. 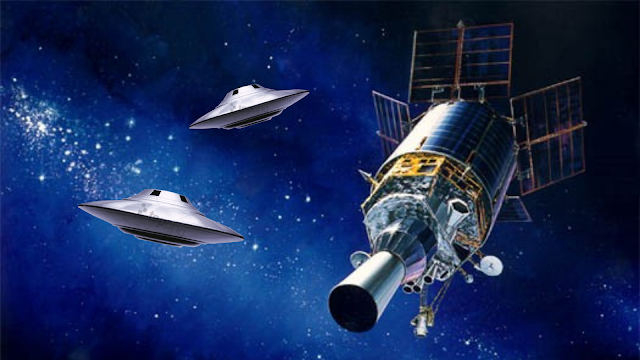 Credit: Medium David Bates/Educating Humanity/Wikipedia/Podesta Emails/Sightings Footage/UFO News/Canva.
The United States Government has known that the UAP UFOs or Tic Tac UFOs, aren't Russia or Chinese military technology. They've known this for some time because the DSP satellites have monitored them coming right to Earth from "Deep Space" and making 40 degree turns just before entering our atmosphere and going to the Atlantic ocean, to very specific coordinates and entering into the ocean. It's all been observed and recorded! These UFOs even emit the same signal every single time when entering and exiting the ocean. This is amazing news.
In fact, check this bit of information about "Agenda setting media" which absolutely nails it:

Different US news media sources tend to identify the same major stories in domestic politics, which may imply that the media are prioritizing issues according to a shared set of criteria." A shared set of criterias basically means what someone has agreed to already and what your going to cover is already cleared or not beforehand. It could be seen as media manipulation, ignorance, deliberately misleading or something else entirely like "a cover up by silence". Check this quick link for more. It's Wikipedia "news media in the United States, it's eye opening. 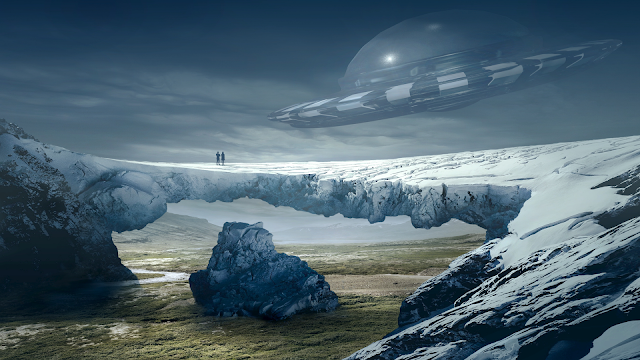 In yet another example of a UFO puzzle piece hiding in full view and ignored by the mainstream media, emails published in 2016 by Wikileaks refer to regular tracking of UAPs that’s allegedly recorded them arriving from “deep space” and disappearing beneath the Atlantic Ocean off the coast of Florida.
The emails — between Hillary Clinton’s former campaign chairman John Podesta and former IT contractor Bob Fish — were publicly available in 2016 as reporters Leslie Kean and Ralph Blumenthal were working on a story for the New York Times disclosing that the Pentagon had been secretly studying UFOs for the past decade. However, neither that groundbreaking article, nor any subsequent reporting on the phenomenon by other mainstream media outlets has mentioned the Podesta-Fish emails.

So there we have it, would you like that served on a platter or on platters? The leaked Wikipedia Podesta (Gmail by the way, very secure lol) emails were scrutinised closely from day one, there's no underhanded or lying deceit in them because they are what they are, in all their blazing truthfulness. They haven't been changed, tampered with or exaggerated that I've ever come across and I'm pretty sure that we'd all have heard about it if there was any wrongdoing in the emails?
So why didn't these two journalists or reporter's Leslie Kean and Ralph Blumenthal continue their stories for the New York Times? Why haven't we seen anything relating to this whole conspiracy, since? I  think UFOs being filmed, tracked and watched closely in Deep space all the way to Earth and going into the Atlantic ocean, merits "some news coverage" don't you? We can draw our own conclusions from that and I know my own conclusion is that they were stopped from doing their job because UFOs arriving "observed arriving no less from Deep Space" is probably the biggest story any journalists could dream of having, right? It's the Holy Grail news story, it's probably bigger than anything that the both of these two "reporters" (I highlight sarcastically) have ever worked on in their lives and that's combined! To have proof of UFOs (Alien's) arriving from Deep space and having specific Atlantic ocean coordinates where they always enter the ocean and exit the ocean. That's the biggest story since mankind planted our own food, for the very first time".
Related post
UFO Changing Shape Over Nellis Air Force Base Including Audio
These UFOs entering the Atlantic ocean give off a specific signal just as they're entering into the ocean and also while exiting the ocean. These are all part of the UAP videos released by the US Navy on behalf of the DoD Department of Defense. I honestly ask that you share this post and get as many people as you can aware of what is going on out there. There's thing's going out there, it's been recorded and stored on Government servers which are sincerely challenging the normal. The Government and the secretive agencies (known publicly and the totally unknown agencies) within the Government have tangible evidence that Alien's exist, Alien species have arrived on this planet and some politicians (NASA head Bill Nelson) is wondering if these are adversaries...
Here's an absolutely mind blowing quote from Educating Humanity which you must read:

ELINT, is an acronym for electronic intelligence who flew in RC-135s from MacDill AFB in Florida. The ‘normal’ target was Cuba where they did lots of snooping and sometimes challenging the Cubans to turn on radar and other systems.
He said there were times when they were diverted from these missions to track UFOs off the east coast of Florida. His claim was the UFOs had a landing and takeoff spot in the ocean east of Miami, north of Bermuda. He also claimed there was a specific electronic signature (frequency) emanating from them when they were going into or coming out of the water, so they were easy to track. On several occasions they filmed the UFO as it transitioned from water to air or vice versa.”
Fish goes on to note that this same individual was occasionally assigned to fly in a USAF weather aircraft during “hurricane-hunting” missions over the same area where UAPs were, by then, known to enter and emerge from the ocean.
“His specific assignment was kept secret from the other crew members. He would always report back to a dedicated USAF intelligence officer on base when they returned from a mission. He did not know where the intel that he collected was sent for processing or storage … (h)igh quality film of UFOs is ‘out there’ somewhere!”

I insist you check out this article on Educating Humanity because it's eye opening. I've only added a few quotes but wow, the information in that article alone is well worth reading. It will get you up to speed on many things including Project Blue Book. The guy giving a lot of the Insider knowledge recalls talking to a senior USAF NCO who had worked for Project Blue Book in the 1970s (after it had been officially disbanded) so there's a lot more than meets the eye with this article. It's brilliant. Thank you so much for checking this out guy's, I mean that. Thank you. 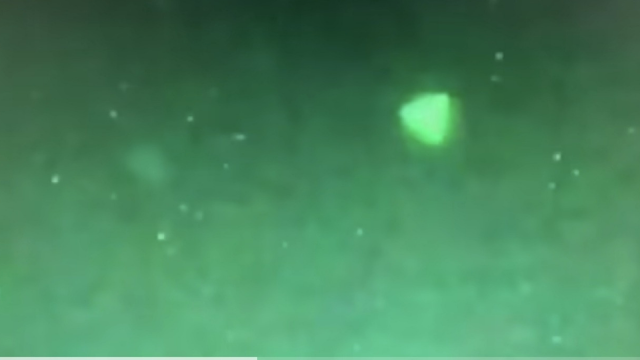 This pyramid-shaped object seen flying through the sky has been confirmed by the Pentagon as an unidentified aerial phenomena (UAP). But it's by CNN which I earlier noted as been one of the News Media Outlets that are told what they can and cannot report in. This is a UAP, so it's obviously okay for them to report on!

Here's the video of that Pyramid shaped UFO as verified by The Pentagon as being a UAP. By CNN on their YouTube Channel and it's actually a great video:

Please share your thought's and opinions also any ideas that you might have about this amazing UFO and Alien truth. I'd really appreciate it if you could share this post with someone who you think would appreciate it, cheers.