Here's a jaw dropping video of a UFO being hit by a missile in a video which has hardly anything by way of information. It's unknown but is good.

This is a he said, she said type of UFO video because it's literally split down the middle of what we're actually seeing here in this "spectacular video" no matter how you look at it.

There's plenty of people in denial of UFO activity on this planet. There's just no way anything like this can happen because Aliens do not exist, apparently. It doesn't matter that we've had UFO disclosure from the DoD Department of Defense in the United States. 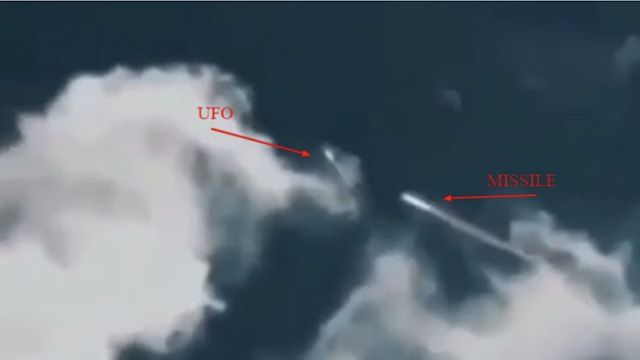 This is a he said, she said type of UFO video because it's literally split down the middle of what we're actually seeing here in this "spectacular video" no matter how you look at it. 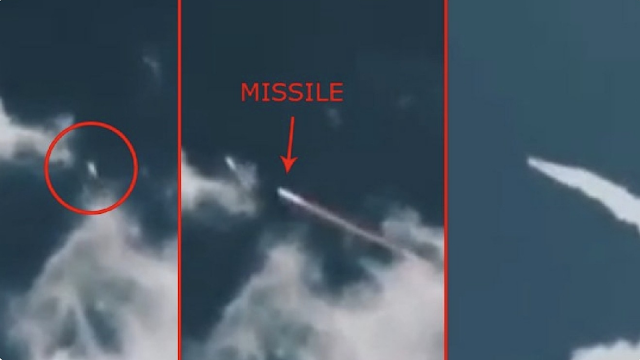 Credit: Ufostar.Ovni Instagram/UFO Sightings Footage/UFO News/Canva.
We know what's going on in the world and we all know that not every UFO is Aliens because there's active man made reverse technology going on and it's ending up in fighter Jet's, helicopters and top secret military satellites etc. The TR-3B is a perfect example of top secret aerial vehicles that are man made which are specifically designed around reversed Extraterrestrial technology.
It's integrated with human technology into aircraft so that the US Air Force, US Navy and US Army all has the edge in air defence and weaponry and now the US space force has taken everything learnt over decades and is leading the way in space - depending on who you ask and depending on which "huge" country they hail from...
Quote by The Cube Chronicle Twitter:

UFO seen getting hit by unknown military weapon over California. In the video an object can be seen flying through the clouds before being struck by a fast-moving missile of some sort. The object starts smoking heavily and falls from the sky. #UFO https://t.co/gU5F7enXbu https://t.co/3eqyCvNYLy

I've written about this exact same UFO incident before and back then it was a UFO being hit by a missile. And now I'm not saying that it's not, but maybe my open-mindedness has become a bit more open shall we say and I can see it from a different angle? There's another argument besides this been a UFO, there's a chance it's a defence system called the Iron Dome where no matter what missile or rockets are launched at this Iron Dome, it will not let anything through wherever it's deployed as it's constantly scanning the skies for miles in every direction picking up on anything and everything hence the name Iron Dome. It may as well be an Iron Dome because it's not letting anything inside of a specific area.
If that's what we're seeing here then this has been missidentified since the very beginning and instead of this been an "anonymously reported UFO sighting" or a leaked UFO video by a whistle-blower which was the agreed upon theory a long time ago, I'm not so sure about it? I'd like your thought's and opinions on this one guy's.
Here's the actual video uploaded to YouTube by:
Please share your thought's and opinions also any ideas that you might have about this amazing UFO been hit by a missile. I'd also appreciate it if you could share this post with someone who you think would appreciate it, cheers.
Credit: Ufos and Aliens Santana YouTube Video/Ufostar.Ovni Instagram/UFO Sightings Footage/UFO News/Canva.