This video is showing us a real base on Mars. Google Earth is showing a part of the red planet that has a definite strange looking base on it.

Yes, this is one of the strangest thing's that have ever been linked to NASA and to boot, this is in Google Earth/Mars!

Don't be quick to rule it out seriously, or jump on the "April fool's day joke" bandwagon which you might be sat there saying to yourself? You might even be saying out loud that it's already been debunked"... It's very convenient don't you think? If NASA want's something to go away, they point to it and say April fools? Or they say it's fake news, or it's a lie, or its a conspiracy, it's a hoax etc. If it's a joke then why is this base still in the Google Earth Mars map? It should have been taken down by now, right from 2017? It's very, very convenient for NASA, you know that same NASA that never answers any questions about UFOs or Alien bodies! 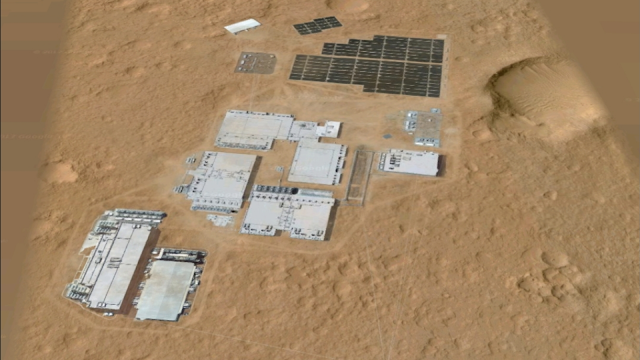 It's whatever you want to believe! I say that because this is literally 50/50 so you go ahead with a big smile and tell yourself that it's been debunked, feel superior as well while your at it. Look up the word naive while you're at it. It's way to convenient, it's all they have to say and some people will really believe it, they'll go round posting it, repeating known liars (NASA) lies and they'll absolutely feel so superior doing it. C'mon, you've read the one's who only choose this, because it fits in with their own beliefs, lol.

I Can Prove Alien's Are On Mars | Check This Out

We just might all be misled, nobody might be right? While you're at it, remember that we've had UFO disclosure in 2017 with the 3 UAP videos... Is all that an April fools day joke also? What's real anymore, because it's really 50/50 half truth's, half lies. Just do your own research, think thing's through and alway's be ready to change your mind based on new evidence. Never settle, always question everything and if it later comes out with definitive proof, undeniable, unquestionable and tangible evidence, then change your mind. That's what I mean by be ready to change your mind.

Here's a picture from a post I did before, there's a lot of strange "unanswered questions about Mars" that NASA just will not answer! They're a dab hand at the side step dance. 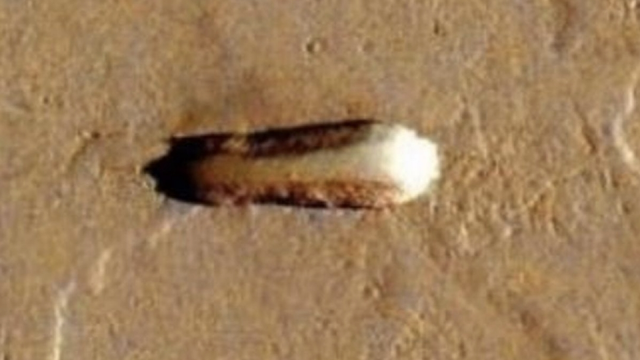 This image above is very real, but if I said "it's been debunked already" would you believe it? Well, it hasn't been debunked but it's so easy to say.

There's square buildings and massive arrays of solar panels which are all here just as if it was here on Earth? But, we definitely know that it's not on Earth because it's here's in Google Earth, unless someone at Google is having a good old laugh at our expense? The coordinates are in the video. 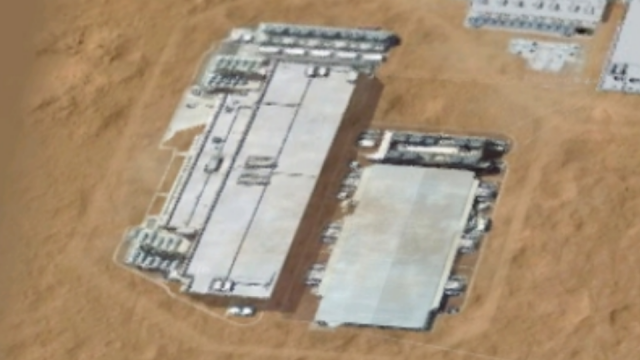 We can see a path around the perimeter of the base on Mars, this is not a hoax, this is legitimate. If it's a hoax, then it's literally that good, I'm never gonna believe anything else I see because it's just to good. Or bad, depending on how you see this?

I really don't think that there's someone (anyone) who is in charge of the conspiracies surrounding Google Earth Google Mars with the idea to add structures and or building's. It's way to hard to pull it off.

Check out this quick video of the base on Mars, the coordinates are in the video with the link below this video:

Link to Google Mars base. It won't open in the app, it's got to be in the desktop. Or just follow the coordinates in the video screen.

Just knowing that Extraterrestrial entities are on Mars more than likely sharing exotic and futuristic technology and innovations with us "mere mortals", is really strange! I get this strange feeling like we're all been lied to even though it's blatantly obvious in Google Earth? It's a deliberate secret kept by a larger pool of people now than it ever was in history is my thoughts? I believe that it's more of a wider spread "top secret" now, and that's definitely because of the UAP or Tic Tac shaped UFO disclosure. Also, more time has passed and the more dot's have been joined and seriously, some of the joined up lines are turning out to be incredibly helpful for those of us looking or researching this fantastic UFO genre!

Google Earth, Martian base! Humanity has a colony already, so that when the fictional characters pretend to blast off to colonize Mars, the wicked lies can commence because they're already there! This is their way of coming clean to the public by slowly hatching this plan to send humans to Mars. Then, it'll be filmed in a studio, they'll be building, they'll be pretending to be on Mars and then one day, it will all switch over to the real base whichvis already on Mars right now. All the TV studio's here on Earth with the layouts for thars base will all go silent. The filming will then continue but on Mars and guy's, if you don't think that props and model's are already been used then you really need to be looking into it. Don't rely on just the stuff you come across, actually research it. Because there's been a few times when TV news stations have gone live a bit to early and actually caught people who are setting up the models!

Oops, I don't think we was supposed to see that", said the TV news anchor woman. And that's 100 percent real. There was a guy literally setting up a model of the ISS and a green screen behind it.

This world is a fantastic place, but believe me it's run by some of the most hideous, grotesque and flippant animals you'll never want to meet! If you do, burn your clothes, wash your hands constantly for days using bleach. Oh and wear 10 masks, one on top of the other.

In putting all the real conspiracies that you've ever learned about in the past, in all likelihood this world is run by thing's without our best interests at heart - only their own interests. And yes, that's only a guess, it's only an opinion. It's based on many decades worth of political intrigue I think it's called, or as we know it as "political scandal's" or conspiracies and greed.

Here's the absolutely stunning and incredible Mars base detected on "yep you guessed it" Mars:

Here's video number 2, I think you should consider watching this:

But seriously, do not be quite so quick to dismiss this as a legitimate base! At the very least, do your own research otherwise your just mimicking NASA scientists... They may as well put their hand up and you become their puppet? Think for yourself, please. If you're argument is "but NASA said so", then... Good luck.