Brooklyn NY UFO sighting that is changing shape before our eyes. The witness say's that there's smaller UFO Orbs inside the orange glowing Orb.

I've actually taken a ton of screenshots of the orange glowing UFO Orb (it looks overall like an Orb) to get a good look at this thing. 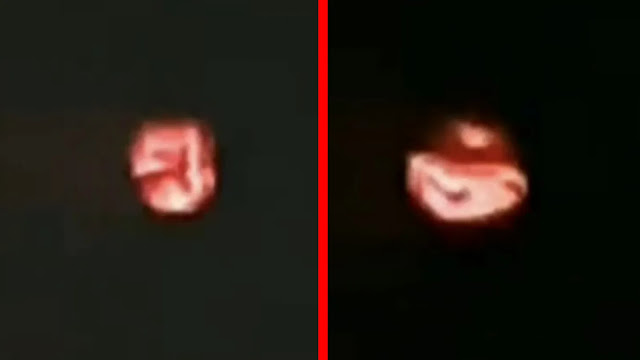 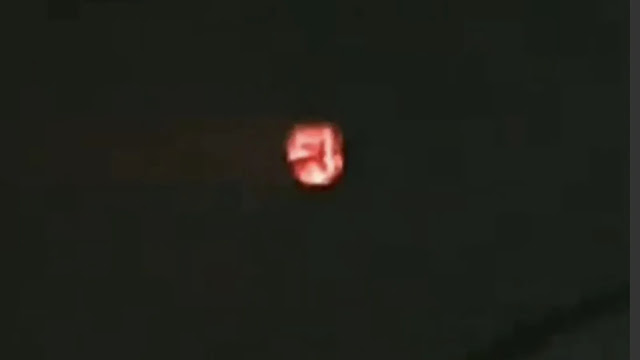 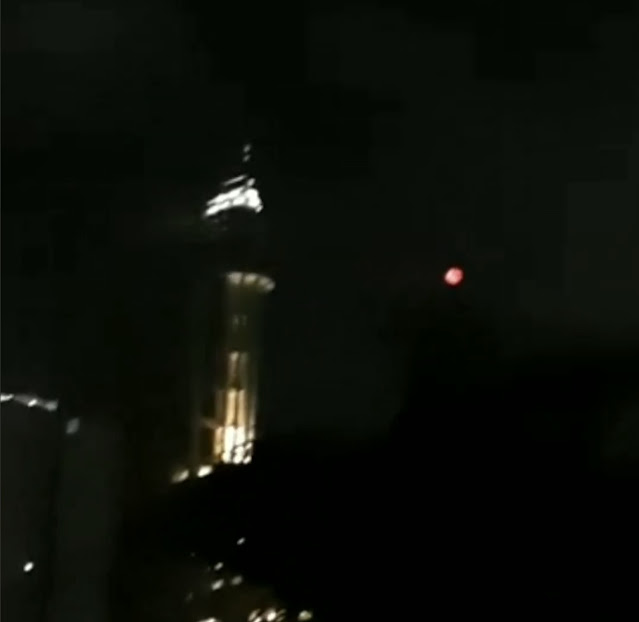 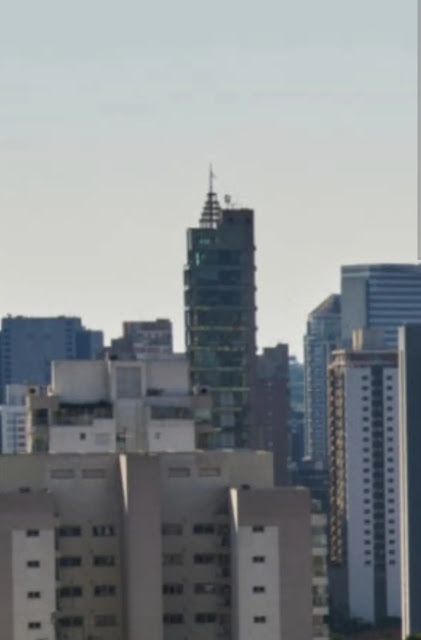 The UFO Orb is most definitely changing it's entire shape which is indicative of an intelligently controlled object, but by whom and is it on fire of glowing?

Here's what was stated in a round about way that was with the UFO video uploaded to Instagram by UFOBrazilNetwork the original is below in Spanish.

It's changed from every screenshot to the next. Something is inside the orange glowing UFO for sure. That's why the original statement from the post on Instagram talks about there being 3 dark colour UFO Orbs inside the orange glowing UFO Orb. I'm not doubting that statement at all. I mean what he's said (or written) he's backed it up with the screenshots that even I took from the UFO and can see that there's something inside of it?

Having an opinion on what this is - is one thing, but knowing what it really is another thing entirely! Either he slowed down the video and could see better or he's done just as I did and took screenshots and analysed them? Has he also taken screenshots of the UFO and pinch zoomed into the screen to expand what is actually already there, inside of the UFO, he must have done to know what is inside of it?

It wouldn't surprise me because it's one of them "UFO sighting's" that is clear enough, it definitely looks the part and draws you in closer to examine it hoping that you can see something that nobody else has seen?

The glow on this UFO makes it look as if it's on fire, or is it red hot, is it a ball of pur energy?

Who's controlling it? Where the heck is it from and why can't the authorities (any authority) simply follow the satellite recordings of the Earth from Google Earth or using Google Maps and see exactly where these originated from?

That type of official infrastructure is there in plain sight, hidden within different descriptive words like Google Earth or GPS location, trackers etc. Seriously, I looked up the initial reasons for Google Earth to exist and what was it actually created for? OMG!

I kid you not, this is directly from Google search results for "why was Google Earth created" and this is the answer:

Google Earth Engine is a cloud-based geospatial analysis platform that enables users to visualize and analyze satellite images of our planet.

I tried to look up how much it cost and it's still evolving but estimates are around 45 Billion Dollars?

Just so you can look at your house!

Really, we're supposed to believe that it's just a lazy tool so you can go see your home? So that you can see what the Earth looks like? Check out this post, it's plausible explanation except for cloud's! These might play a huge factor in live streaming of the Earth.

I think it's military satellite camera's if anything, but would we really know if they had them or not? It doesn't matter, what matters is that the power's that be need to keep an eye on these UFOs and 8f they can live stream camera footage from low Earth orbit then keep an eye on these! So, can everything, and everyone be tracked? Probably is my answer.

Getting back to the UFO, why can't they rewind the tapes so-to-speak and see where they went, where they're coming from? Yes, they probably have real time cameras pointing down mounted on or inside satellites and the such. Are they keeping the planet safe? I don't know but there's been a definite uptick in UFO sighting's around the world. Which is hard to dismiss and that adds to the genuineness of the UFO sighting.

This video is part of a series of image captures made by Eduardo Ferreira, in the Brooklin neighborhood, in São Paulo, during a few days between August and November 2021 and January 2022. These images are from 01/22/ 2022.

The red object flies over the buildings in the Brooklin, São Paulo region and it appears to be composed of smaller spheres. I think the word images should be video? It's a direct translation from Google translate... It is what it is?

They move internally as it moves across the sky. In other videos, he even chases blue objects that fly close to balconies, windows and the top of a building in his car.

There's some sort of glowing around the UFO. Is it on fire because it's orange and glowing which means that it's either on fire or glowing from an internal light inside of the craft? The witness does suggest that there's smaller dark Orbs in the UFO. This is extraordinary and I mean extraordinary video. At first I read it as happened over Brooklyn in New York, USA but it's actually Broklin Zona Sul SP, Brazil. It's easy to mix up especially as it only said Broklin. I thought this was just misspelled words?

I did a location search and it made more sense for it to be Broklin Zona Sul SP, Brazil. Lol, this is the power of research and due diligence.

If you've seen something like this, please share it with us in the comments section below, or get in touch with us. Either way, I'd like it for you guys to share your wealth of knowledge, your collective minds can figure out anything about absolutely anything.

Sao Paulo Brazil, this is the home of the Ovni, that word translates to UFO or Ovnis means UFOs. São Paulo, Brazil it's where more UFOs are often filmed and definitely by far where the bulk of the UFO sighting's that people send to me take place. And that's by a long, extended mile!

Here's the extraordinary video which was uploaded to Instagram by UFOBrazilNetwork:

If you've seen something like this one (it doesn't have to be specifically like this one) please let us know about it in the comments section below, cheers. I say specifically because recently there's an uptick in ecause it could be blue Orbs, white Orbs etc as the guy say's that his contact saw blue Orbs from his car.