Canada's always been known for UFO sighting's because of how large of a piece of land it is! There's a squat, silver sphere type of UFO video here.

There's absolutely nothing that say's that this UFO isn't genuine because there's nothing on the outside as a propulsion system!

Because it exists and it's kinda looking right, and it's definitely ticking all the right boxes, I'm going to post about it. 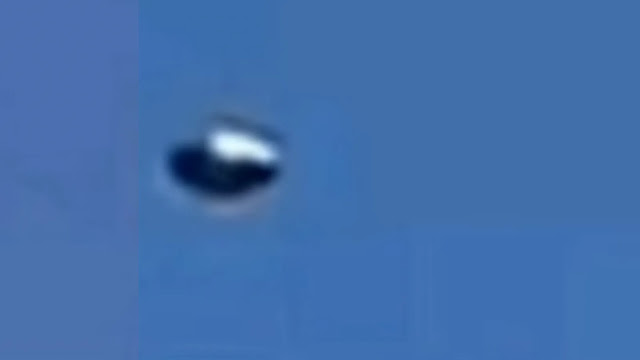 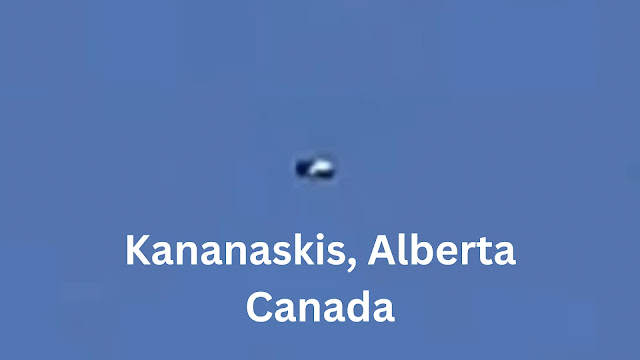 It's a truly strange UFO without any signs of propulsion systems or anything else that would allow it to fly.

Normally if it doesn't look right I'd get that instant feeling of it being slightly off or just not coming up to scratch. But this is one of them few and far between types of UFOs which are extremely plausible so I'm going with it.

What I mean by "it kinda looking right" is that the shadows on this squat looking sphere seems to move and change their orientation as and when it moves. That tells me that the light is reflected off this object.

Which in turn tells me that it's definitely not a static PNG image that's been animated onto or into the movie. It's certainly not conforming to "that type of UFO sighting" which looks like a copy and pasted job onto the screen and recorded from it. Photoshop (I believe) is a lot more sophisticated than a simple copy and paste job but that just means that it's more devious than ever!

Also because it's relatively easy to spot a fake one, it's always been because people don't put hardly any effort into these hoaxes which is why the ones that are fake stand out a mile!

In fact that's been generous and I really don't need to be because nobody likes anyone who is trying to pull the wool over their eye's. And what's more is that it's in Ufology, so I have nothing but pure blissful disdain for anyone deliberately Hoaxing UFO sighting's! Faker's, hoaxers, whatever you go by nobody likes them so stop with this stupidity.

Kananaskis is an improvement district of the Canadian province of Alberta in census division No. 15 and in the region of Alberta's Rockies; the capital is the locality of Kananaskis Village.

There's a lot of stuff that we don't know about UFOs especially when they're on their own in a place without cameras or humans to watch them.

So, we must alway's keep an open mind as to their reasons for being here?

Are we been studied?

Is the planet been studied for minerals?

Is there a nefarious motive for them being here?

Friend or foe basically sums it up!

See, if we dismiss the "obviously something is amiss" but class it as everything's going well and class that as nothing overall and then it turns out that they're here to take our minerals (silly I know) but why else are these UFOs refusing to talk to humans? That doesn't look good in any situation that I'm aware of?

In fact, that's pretty much the same scenario as a camp been encircled by attackers powerless to do anything!

If we mistake their intentions and it goes south, then that doesn't give us a good start. It tells anyone looking on that we're weak. Because we had a chance to do something but we didn't, that tells them it's because we couldn't do anything! Because even their own leader's lied to the masses helping them out.

It sounds bonkers doesn't it, yet we've had UAP disclosure.

With that in mind and as fresh as a UFO sighting can be, no it doesn't sound bonkers now. Does it?

Here's the video which was uploaded Instagram by Ufoglobal_italia: