This Flying Saucer UFO was way up in the cloud's which was hiding behind the cloud's and it isn't blurred because it's not been zoomed into.

This Flying Saucer is epic in my view as I've just watched the video again, that's about the umpteenth time that I've watched it. I've seen it slowed down, speeded up, in increments, took screenshots and I've lost count of the many times I've been looking online trying to find this same Flying Saucer in another UFO sighting from when somebody else had photographed it or videod it. 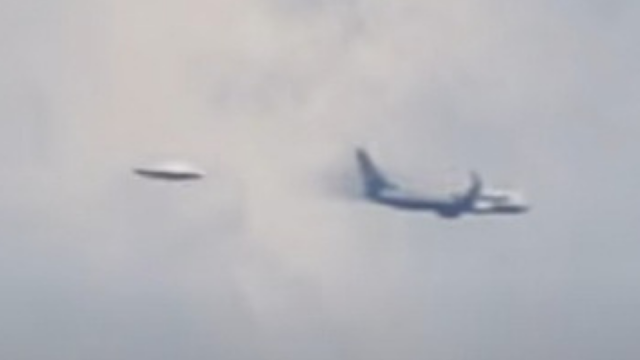 In the video it says:

I filmed it with a 300mm lens in the sky which I've never seen. It's weird, and the date filmed was April 25th, 2014 in the afternoon. The UFO is hiding in the cloud's.

When I was slowly looking through the video I could see the cloud dispersing behind the aeroplane and the distinctive shape of the aeroplane really did stay in view with the dispersing cloud's behind the aeroplane staying behind the plane with no leaching onto the plane or any sloppy photoshop mishaps. In other words guy's, it definitely looks real to me. It's so easy to check it out for yourself, just slow down the video and it will become a lot more clear and you can make a better judgement on this been real or not. I honestly do think it's a real Flying Saucer and that's awesome in my view.

What On Earth Is This Sneaking Behind 4 Chemtrail Planes

To be honest with you guys, there's plenty of other UFOs online that really, really do look the same. In fact, it's either this same Flying Saucer that's passing the aeroplane jumping out of the cloud's or wait for it, there's a large Flying Saucer presence on Earth. It's something in the order of "a lot" like 30 maybe 40 Silver Flying Saucers. 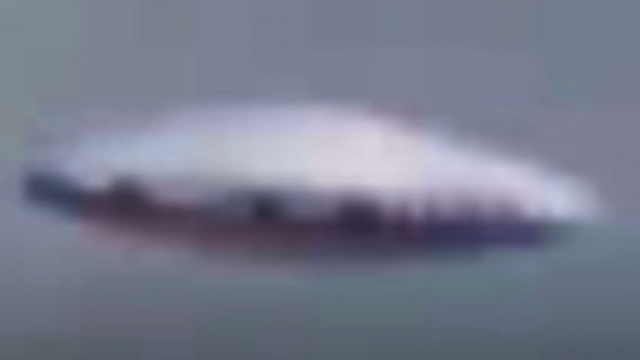 In a squadron of Air Force Jet's it's usually around 12 to 24 Jet's. I actually looked it up and this is the quote that I read from Wikipedia:

A squadron in air force, army aviation, or naval aviation is a unit comprising a number of military aircraft and their aircrews, usually of the same type, typically with 12 to 24 aircraft, sometimes divided into three or four flights, depending on aircraft type and air force.

So if we look at the Flying Saucers alone, we know that there's at least a squadron of these. The UFO Orbs, well I can tell you now that these are incalculable, unless someone puts a lot of effort into designing software which can identify the Orbs, identify the individual Orbs, identify how many there are and where they mainly frequent. Then guy's, we're complicit in letting these UFOs build up a force! Can we even do something like that, could we keep a tabs on just how many there are right now on "our home planet?"

Yes, this is most serious today and I'll tell you why we cannot laugh anymore at this type of question; because in 2017 three UAP video's was released to the US public by the US Navy on behalf of the Department of Defense (DoD) so we must take it seriously. 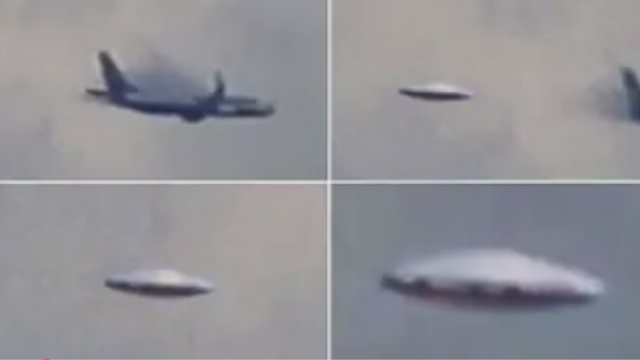 This isn't me spouting off at the mouth, pushing my "beliefs" on people. This is straight from the Horses mouth, the United States Government. I remember when people used to say unless we have proof given to us by the Government, or unless it's a fact I don't want to know. Until then it is BS.

That day came in 2017 when... Actually I will take a direct quote from the official Wikipedia page "Pentagon UFO Videos":

The Pentagon UFO videos are selected visual recordings of cockpit instrumentation displays from United States Navy fighter jets based aboard aircraft carriers USS Nimitz and USS Theodore Roosevelt in 2004, 2014 and 2015, with additional footage taken by other Navy personnel in 2019. The four grainy, monochromic videos, widely characterized as officially documenting UFOs, were the subject of extensive coverage in the media since 2017. The Pentagon later addressed and officially released the first three videos in 2020,[1] and confirmed the provenance of the leaked 2019 videos in two statements made in 2021.[2].

This is what a lot of fellow UFO researchers have been waiting for since they was a child! Since UFOs have been seen by people in the sky, landed or other, people have always wanted someone else to verify ot with them. UFO witnesses have always wanted someone to take the flak with them otherwise people just will not believe that they saw an Alien craft. They know how absurd it sounds because we've been taugt to ridicule what we don't understand.

But now we've got the Government releasing three UFO videos and it's "omg" that means Extraterrestrial entities exist...

And yes, based on what the Government said, the released UAP videos, it means that Aliens certainly do exist. It also means that there's a place out there where Extraordinary beings inhabit. Other than the Earth, we now know that there is, I repeat, there is another world where living, very intelligent beings live, possibly they work (for what, who knows). We (at least the wider public) just do not know what social structure exists if at all? Is it a civilization or a disordered free for all?

But, now that the public has been told, and told in vague but overall it's UFO disclosure, I'm afraid that the way it was disclosed means that it's gone over a lot of people's heads.

This UFO sighting is absolutely clear as can be and especially when it was photographed in 1991. But if I was to zoom into the UFO it will lose pixels immediately. This is why there's a lot of blurry UFO images. 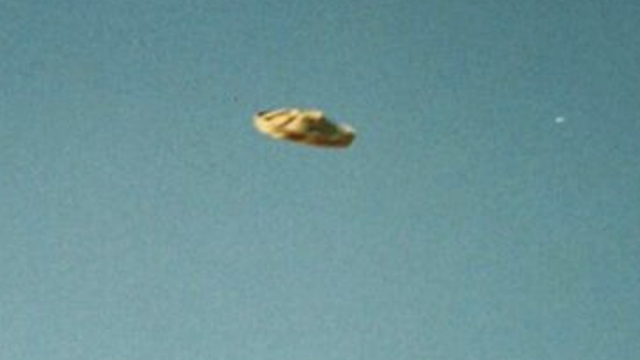 There's a lot of people seeing UFO post's on multiple websites and on many social media platforms and the reason why these so-called awesome UFO sighting's are being called awesome by the writer etc is because when a guy or gal photos a UFO from far off, it tends to be a dot in the background. So the UFO writer pinch zooms the screen or just scrolls into the UFO and it starts to lose pixels which results in a blurred image or screenshot. It sucks big time but genuinely, that's why we see a lot of blurry UFO images.

If it's not zoomed into though, there'd be nothing to see? There'd be just a little dot in the background on a photo or in a video. I'm not defending all UFO sighting's that are blurred but this is my story on why I still post blurry UFO images. I've had to zoom into the UFOs seriously, otherwise it'd be nothing but a dot and if that's the case then there's nothing to write about. The post would go like this:

UFO sighting, if you squint and focus for a couple of minutes you might be able to figure out what it looks like in your minds eye... Even if you zoom into the UFO, you will see a blurred image as well and because I have to write about it, I've literally got no choice but to zoom into the dot and at least bring as much out as I can just bu zooming into it.

Here's the extraordinary video which was uploaded to YouTube by UFOvni2012 Channel:

If you know someone who would appreciate this post, could you please share this post with them, thanks. Also can you leave us your thoughts and opinions on what you think is happening here in this amazing UFO video, cheers.