This UFO encounter was caught on a webcam placed at the volcano to keep an eye on the situation and if it gets worse a warning can be given to people.

Another UFO flying into a volcano on live webcam. These thing's are alway's flying right into a volcano, I've noticed a lot doing it.

This video seems to be from a higher grade camera because all the other UFO encounters showing UFOs fly into a volcano are filmed on a potato-like camera. It's actually doing science or whatever it is that the people who set up these live webcam to keep an eye on the volcanoes, a total dis-service! It's a frightening prospect to think that UFOs are travelling into volcanoes and using the high energy ie heat has a place to hide? If these UFOs do have shields then it makes sense. 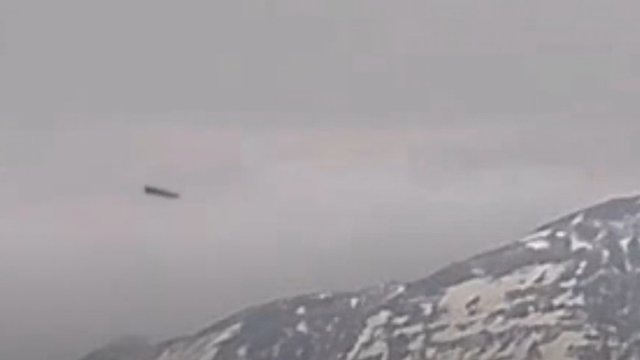 Credit: Enigmas en la Historia ▬Ovnis Actuales/UFO Sightings Footage/UFO News/Canva.
It's actually quite easy to see glimpses of our future based on general similarities in sci-fi films. They usually have some stuff in common or something else that all sci-fi movies and TV shows just cannot escape from like ray guns or laser guns, false gravity, invisible shields around spacecrafts, warp drives, anti gravity engines, crystal motherboards, Alien personnel integrations, hand held scanners, particle beam devices like transporters, holo-decks, and lots of other general consensus devices and machinery and inventions. Seriously, there is a definite path in the future and inescapable inventions that we already know about through science fiction movies. 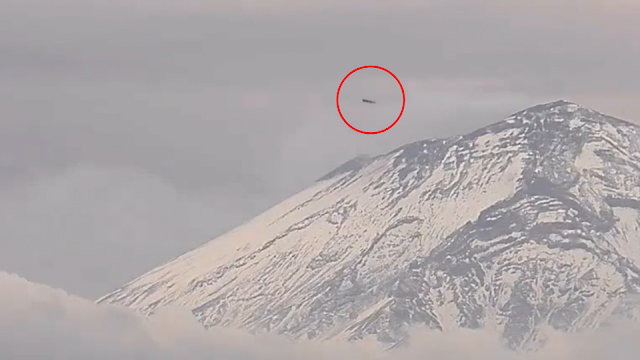 Meet the man working with NASA on a real-life tractor beam
In a New York lab, tractor beams are real -- and becoming powerful enough to be a tool for space exploration.

CNET.
There's thing's like real tractor beams which have now become a science fact! Albeit limited success, but it's a tractor beam and it's come from sci-fi movies and is now generally accepted. Check the CNET link just above it's fascinating.
Related post
UFO Flying Into Volcano And It's Not The First Time I've Written About This
So yeah, I thoroughly believe that a UFO from an Alien being from a possibly advanced species could certainly have a craft which can withstand heat. Look, not long ago it was thought impossible to stop a bullet with a cloth material, it to was laughed at.

There's a definite "something" flying into that volcano and it's not a bird, birds tend to stay the hell away from volcanoes.

Here is the YouTube video description translated from Spanish into English:
INFO:
This video was provided by a person who is anonymous and left her camera fixed on her on Friday, June 7, just before the tremendous downpour in the east of the city. Istapaluca Mexico.
It's actually from a webcam placed at the volcano to keep an eye on the stability. The translation from Spanish language into English isn't that good. But the video is awesome.
Here's the actual real bona-fide YouTube video uploaded by Enigmas en la Historia ▬Ovnis Actuales:
Please share your thought's and opinions also any ideas that you might have about this amazing UFO sighting taken right next to Popocatepetl volcano. I'd also appreciate it if you could share this post with someone who you think would appreciate it, cheers.
Credit: Enigmas en la Historia ▬Ovnis Actuales/UFO Sightings Footage/UFO News/Canva.