Guy's this is one of ghost amazing UFO sighting's that have earned a cult status because we see 2 phenomena at once and that's what makes it great.

Here's a jaw dropping, 100 percent real "unedited and unscripted" bizarre UFO incident with a beam of light shooting up from the Earth in the exact same place the UFO left Earth from.

Was someone shooting at it, was something shooting at it? I'm not making this up, we see a beam of light literally go after the UFO as it left the Earth's atmosphere. 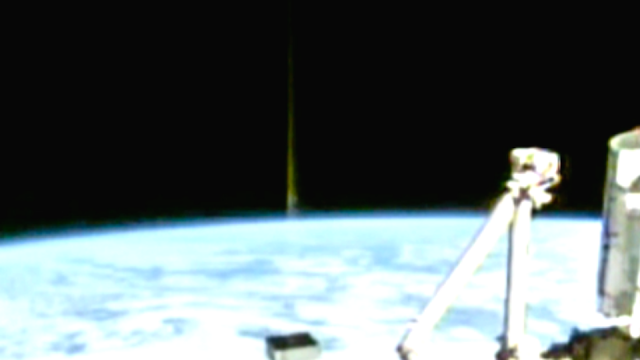 The Most Detailed Silver Flying Saucer Over Hull England

All I'm doing is talking you through or recalling should I say exactly what I see. Nothing more and nothing less is added on to it. That's what makes this a stunning and jaw dropping video because we shouldn't be seeing one phenomenon let alone 2 phenomenon straight after each other. 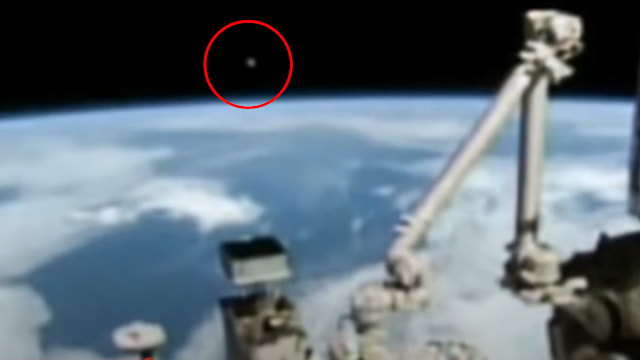 I honestly believe that this is a laser beam or a light of some sort "weapon or not" but I believe that it's been shot at the UFO, why else would something so drastic happen straight after an "uninvited UFO leaves Earth" I mean what else can it be? It makes sense after you watch the other example of a missile been shot at a UFO that got to close to Earth.

This UFO encounter was reported to MUFON with the number 75904.

This UFO encounter happened while the ISS was filming on it's Ustream live TV feed (yet again another UFO on live TV) and to be honest with you, it's about as good as a bizarre UFO encounter can get. In fact, a beam of light firing from the Earth where a UFO sighting took place 2 seconds before is either a delayed trail from the UFO or it's a live, unedited,  unscripted blatant shooting of a UFO by humans ie the US space fleet?

And believe me it's happened before!

Oh you bet your bottom Dollar we've seen this exact same thing play out on a Live feed before in space! Can you remember the missile launched at the UFO which turned at the last minute in space just in time? It's okay because I'll post it here: 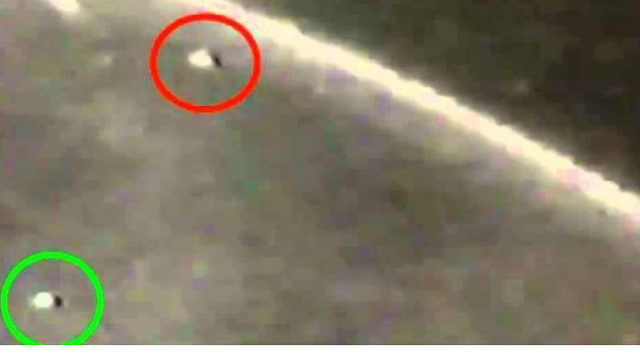 During an ISS live NASA UStream, an orb-like object appeared just above the horizon. After remaining in the same relative position for awhile it began to ascend up and out of the UStream camera lens coverage area. Once it left the screen an energy beam shot up from the earth toward the UFO's former location. Gauging by the distance between the ISS and the location of the energy beam, the relative size of the UFO must have been enormous. I am hoping that someone with technical background can determine the location from where the beam was fired based on the time of the siting (7:25 p.m. Central European Time) and the ISS live feed metering that is displayed at the bottom left of the frames in the video. The video is comprised of multiple screenshots I took during the siting.

Here's the video recorded from the NASA live feed at the ISS, uploaded to YouTube by Generation Tech:

Please share your thought's and opinions also any ideas that you might have about this amazing UFO sighting filmed right next to the ISS with a UFO flying up out of the Earth's atmosphere. Then a laser beam type of light shoots up at the UFO, I'd definitely appreciate it if you could share this post with someone who you think would appreciate it,cheers.
It's a hard call to say exactly what both of these strange things are? Ones a UFO but by that term alone means we don't know what it is.
Credit: NASA/MUFON/Generation Tech YouTube Video/UFO Sightings Footage/UFO Sighting's Daily/UFO News/Canva.