Since 2012 there's been a lot of UFOs caught on the Popocatepetl volcano webcam and some goinhbinto the volcano and some coming out the volcano.

Why do UFOs seemingly enter volcanoes and exit volcanoes without even a scratch on them.

I enjoy writing about UFOs, I especially like writing about possibilities, Aliens on Earth and the possibility that we can work them out by connecting one UFO sighting with another, ie the same shape, the same place, same speed, same colour and coming from the same area from when another person saw the same UFO. Just like the ISS, we see the same UFOs turning up time and time again. Orbs turn up at the ISS and Orbs plus Cigar shaped UFOs keep turning up right here at the Popocatepetl volcano in Mexico.

It's a fair question but it's only fair because it's been witnessed multiple times before and at the same volcano called Popocatepetl in Mexico. It's got a webcam set up to witness volcanic activity and the meteorological society studies this volcano. 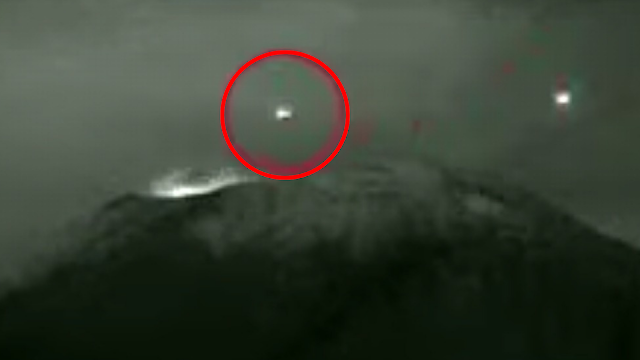 YouTube video quote:
Another amazing UFO sighting filmed at Popocatepetl volcano, Mexico. This UFO appears to enter the volcano just like in October 2012, see our other video's for that and loads more at Popocatepetl! 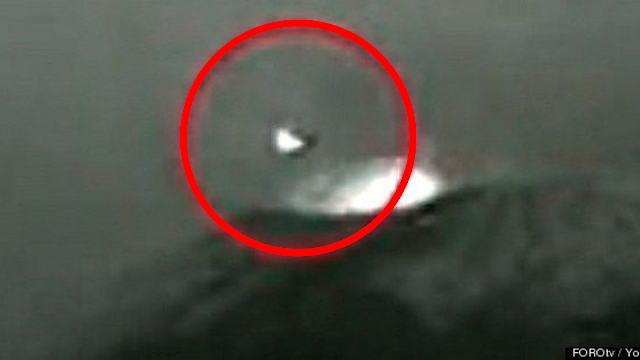 Here's the fantastic UFO sighting video filmed by and uploaded to YouTube by the Televisia Media Company which is responsible for all the activities around the volcano and monitoring of the webcam falls to this company.

The video, recorded on May 30 at around 8:30 p.m., is the latest in a series of alleged UFO Orb and Cigar UFO events that have taken place right near the central Mexico Popocatepetl volcano since 2012. It's times like this that I get suspicious because anyone can fly a drone into the volcano and they'd only need to be just off camera to the side for it to work.

Sometimes though we have to have a bit of faith, a bit of optimism and we all have to wait for the evidence to present itself. Because it will do one day "all we need is another blooming camera facing up using a fisheye lens and Bob's your uncle we'll have all the proof we can carry.

This is definitely not the first time I've wrote a post regarding a UFO flying into a volcano because like I mentioned before, this kind of incredible UFO manoeuvre has been caught on camera before. That was incredible and it was a white Cigar shape UFO with a aurora around it that really did glow. I'll add an image and a link to that post here.