I'm really liking this Lake Norman UFO sighting. The eye witnesses reactions are real. The UFO looks epic and it's well defined. It's not a fake.

Lake Norman in North Carolina in the US became a UFO Hotspot for over 2 minutes on May 29th, 2018. 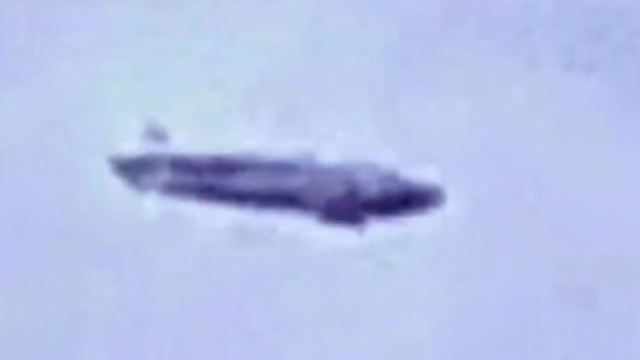 The video is a wee bit shaking but the point of the video is very clear and spot on in my book. Even though we have an eye witness willing to give his name and thoroughly believes that he has caught a real bona-fide UFO on film, I can't help but think maybe someone is flying a drone?

UFO "Parked up in The Daytime Sky" Just Like it's Hovering

That would mean that even though Jason Swing thinks the UFO is definitely real, it could be a drone and someone is elsewhere "hoping that someone films it and mistakes it for a real UFO?"

Actually, that's just happened in the last few year's that we know for a science fact now. But how long has it "really" been going on and since when? These are legitimate questions based on the UAP disclosure so it's not like I'm making up questions, these questions I'm asking are a follow up to the UAP videos and that would make them totally legitimate questions!

Lake Norman is in NC and has a beautiful backdrop. There's 8 military bases in North Carolina with this sighting happening north of Lake Norman so the nearest military base to Lake Norman would be the US Marine Corp. There's a couple others also, so I'm wondering if they had anything to do with the UFO over Lake Norman?

Anything like testing advanced aerospace vehicles or aircrafts which are top secret? They could be next generation deployment and surveillance drone Mothership? Just hover over any parts of the world and release the drone UFOs to carry out real time surveillance... Anything that can be done in the mind can be done in reality, especially if you have exotic, reverse engineered UFO technology!

Here's a quote from the local WCNC News 6 YouTube channel:

A "huge" UFO was recently spotted over North Carolina's Lake Norman, north of Charlotte. The footage, recorded May 29th by Jason Swing, shows a long slender object hovering for more than two minutes over the man-made lake. Swing calmly calls the object "a space craft" in his video. "It had been raining all morning. Rain finally stopped so we went to pick up a boat from Lake Norman," Jason Swing says in a post with the video.

Please like and share your thoughts on this post, tell us all what you think about the UFO video as well? Can you also share the post with your social media and let's see if people know more about it and can shed more light on the situation, thank you so much.