Black Triangle Shaped UFO Filmed From The Window of The ISS

NASA has always denied the existence of Aliens and UFOs even though UFOs literally throw themselves at the ISS. They choose not to investigate them.

This is a really promising NASA UFO and even though I had my own doubts at the beginning, now I believe it's authentic.

I'm showing this because I've seen similar UFOs in the ISS live feed before. If you watch it all from the beginning to the end you'll see that it's real. The video oozes confidence and it's rotating is spot on, it's not faked and the shadows all look real. 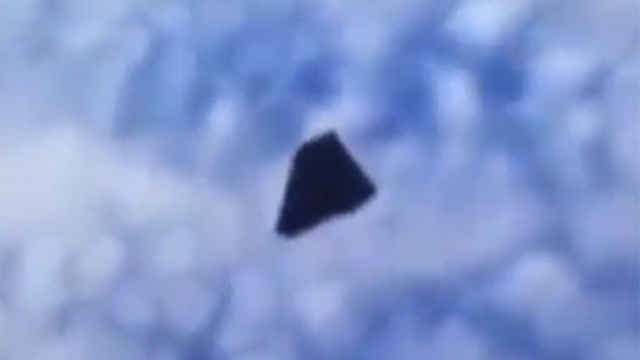 This black, triangular shaped craft is either in the shadow of the ISS or it's in the shadow from the Moon. Once again though, a camera on board the ISS has caught something fascinating and ground breaking if it turns out to be more than a heat shield or a space blanket this time?

It's a strange kind of UFO, I almost want to say that it could be part of the new US Space Fleet or a top secret man made craft by one of the many, many subcontractors working for or on behalf of NASA but either way this is a spectacular UFO.

Seriously, there's a ton of subcontractors that are working for NASA or have worked for NASA and even though they come away from there after signing these non disclosure agreements, they can't ignore it.

Put yourself in the shoes of a space engineer forward slash businessman and your in possession of some absolutely groundbreaking technological advances in engineering and materials plus Propulsion systems that are advanced in every single way shape and form. 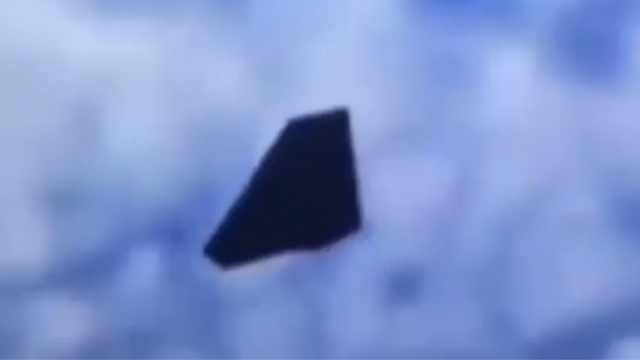 What would you do if you had the means, the knowledge and the ability to use the hard earned knowledge you gained but it was all gained under the name of NASA? Your now in possession of the same knowledge that NASA has? You own your own company but your still under the non disclosure and non competition laws? But another "now rival was stepping in" and they was making all the space firsts?

We could be seeing something like this playing out and that's why we keep catching Alien looking crafts on camera? Even the UAP's that the US Government says is 100 percent real could be the result of a once subcontractor of NASA’s but is now using it's knowledge to gain from? Because one thing I do know (just like the US Government said so) these UFOs or UAP's are real, they don't know what they are and they don't know who or what created them but you better know this...

These UAP crafts ie Tic Tac crafts are real and they could be Extraterrestrial in origin. That hasn't been ruled out by the Government and that alone is the mind blowing thing about all this.

After signing these non disclosure documents they're forbidden from using the advances in technology that they helped create because NASA owns them. The only thing that I do agree with is that they can't use the knowledge gained working for NASA to then turn it around and then compete with NASA.

But all that being said, they (NASA’s confidentiality agreements) can't stifle the competition or "literally hold one's thought's and progress captive" people will always use their knowledge eventually because they are human! Not been able to, or in some way or shape gain from what they learnt must be tough. It must be especially tough in the high stakes game of space race technology and the cutting edge science of astrophysics, reusable rocket engine design, new fuels with unlimited potential and the engineering behind the capsule and module design etc.

They just will, it's human nature and although it will not be the exact same like for like technology (unless you give zero f's) the craft will differ slightly, it's going to be in a round about way, a follow on from the stuff that works! Because if it works, then it work's.

So, my question is this: Is this UFO a man made craft or is it a real UFO created by Extraterrestrial entities and if so, why are they here?