Here's possibly one of the best UFO sighting's that has happened in 20 years or at least since this one was filmed back then. It's an old UFO video.

Here today, right now - I have some of the best sky UFO videos and because all these anomalies where caught on camera I'm gonna get my Armani undies on and share them with the rest of the world.

There's these epic UFOs happening all over the place and in fact they seem to be becoming commonplace! Can you believe that, these UFOs are commonplace and even taking on a commanding role (to a degree) because they keep on demanding that you stare at them, no matter what and that's exactly what people are doing. 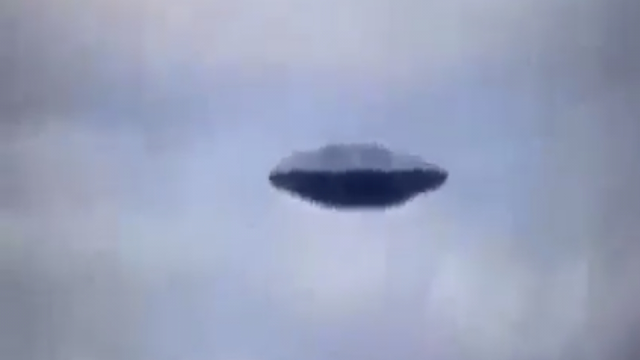 Credit: UFO News YouTube Channel/Omega Ovnis UFO/UFO Sighting's Footage/UFO News/Ufosfootage/Canva.
This Flying Saucer is an older one, but that shouldn't be a problem with anyone because I know that all of these UFOs, Cigar shaped UFOs, Triangle UFOs, Tic Tac UAP's etc all represent a real Alien threat, or at the very least we should know that we're all under surveillance! Okay you can look at this piece of information or yes my opinion and see a few things like paranoia, Aliens and the word "surveillance" and it's so easy come to the conclusion that it's borderline insane, not fully fledged but borderline. Let's just take a second to think about it with common sense attached to the points I've been making. All I'm saying is that these UFOs that hundreds of thousands of people have been seeing aren't interacting with anyone (supposedly) and because we've been seeing them for decades and decades even going back into history (see the Christopher Columbus ship UFO below*) then why else ate they here?
Possibly surveillance, right?
Take this UFO video for instance it's literally just observing, to me at least it seems like it's just observing. I've come to that conclusion because what else is it doing besides hovering and slightly moving with the wind? For instance yet again guy's we can't see any obvious camera or aerial or satellite dish or anything else like that but why would we, this an advanced aerial vehicle which isnt humanities so yes it's more than likely got advanced technology. My reasoning for saying that also is because, it got here didn't it? If we have any satellites in low Earth orbit as a defensive asset then they failed and failed miserably even if it was a very long time ago.
Related post
Flying Saucer Passing 3 Military Jet's How Did It Get So Close
There's something that we're not seeing here, there's something else entirely likely at play? I genuinely get the impression that NASA and the US and UK Government's are okay with these "UAP's" flying around the world with impunity! They're never challenged, they're never intercepted and even the UAP vehicles was only following them. They have weapons, they could have fired shot's at these Infrared vehicles and yes the Tic Tac UFOs or UAP's (even the Mexican ones and yes the Chilean UAP's) can't be seen with the naked eye, only with an infrared camera which by sheer coincidence the Fighter Jet's happened to all have them fitted to the Forward part of the Jet hence it's name "Forward Looking Infrared cameras or Flir cameras."
Related post
US Doctor Kept Cameras Running For 2 Years And Snapped Best UFOs Ever
There's got to be a bonafide real reason why these UFOs are here on Earth? They are not wandering around the universe without a reason. Also, someone or something maybe a thing or even multiple thing's sent them here to Earth or these are autonomous vehicles (we've done the exact same thing with Voyager, with the golden record). Which come to life when a signal or a frequency (same thing) or any artificial sound etc stand's out from the universe and they home in on it, follow it and all the while they've been sending back it's own new coordinates which are different from the parked up waiting coordinates! 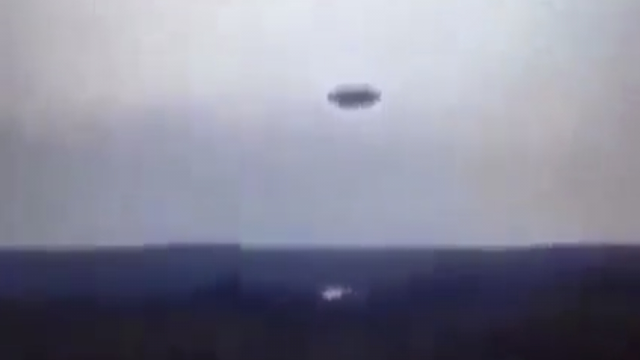 Credit: UFO News YouTube Channel/Omega Ovnis UFO/UFO Sighting's Footage/UFO News/Ufosfootage/Canva.
Related post
Here It Is, Scientists Tested White Hair For DNA And Finally Prove Extraterrestrial Being's Are Visiting Earth
The (UFOs or UAP's) might even be able to do the exact same thing as what our Voyager satellite does, send back clips of sound and stay in communication with it's creators! It could be clips of what they heard and recorded then they've been able to separate that sound or human beings sound's like TV, satellites etc from the universe and this is why they came back on line. Which is all just my opinion by the way, it's all common sense because I'm literally just writing about what we've done in space and I'm applying it to UFOs because if we are capable of doing certain things with satellites in space then why not UFOs? 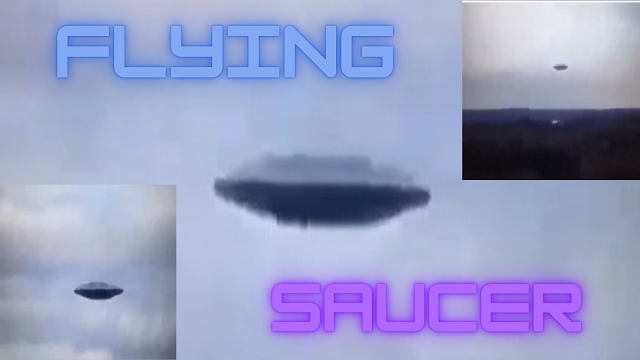 Credit: UFO News YouTube Channel/Omega Ovnis UFO/UFO Sighting's Footage/UFO News/Ufosfootage/Canva.
And we humans are well behind in terms of our technology versus Alien technology and that's based on them been able to get a flying Saucer type of UFO satellite all the way here to Earth and have them complete or execute complex task's and all the while staying ahead of the US Air Force and the UK Air Force etc. We can only just get the Voyager satellite back online and to communicate with humans again.
I wonder they have it do, because they're not asking it "how are you!"
Has this been hidden in the clouds all day or lurking inside of the clouds is probably the best way to describe the UFOs actions. Has this waited for nightime so that it can go rogue or collect info on certain parts of the world? There's definitely something to this amazing Flying Saucer type UFO and all these UFO Orbs which looks just like a bonanza for sure. Because it's got definition, it's very clear for it's probable age of 20 years at least. In fact, some UFO sighting's don't have this level of clarity and look very blurred. That's because people zoom into these UFOs while filming them and it makes the UFO look blurred but when they zoom out, it looks clearer. But, as with anything nowadays if it's a real UFO or not, that is up for debate and entirely rests with you to believe it or not?
You be the judge!
It's now well into May 2022 (May 10th Tuesday) and I can assure you that it's still very much a mystery, nobody has come forward to say that it's a hoax or not, which to be honest with you that doesn't surprise me at all because possibly, it's near on impossible for anyone to recreate this type of UFO hoax? Even if someone does say it's been debunked, I wanna see complete evidence of that otherwise it's not valid. Anyone can say it's been debunked lol.
That's why I wanted to feature this because it's still a relatively good UFO sighting and it's still up for debate, so lets have a debate about ot, let's get the public involved with it again. And that's why I need your help in establishing what the heck this is? I've never seen a better Flying Saucer (from at least 20 years ago) either in real life like this or online before, have you?
Quote:

20 years ago there wasn't any publicly available graphics software available I don't think that could create this type of amazing details. But I think we should at least keep our mind's open to the fact that anything is possible in this day and age and also in any age. I imagine it's a real Flying Saucer type of UFO but because it's such an old one, the information that came with it has probably long gone. But the fact also that it still exists is a fantastic thing because does it really matter if we know what time it was video'd? Absolutely not is the answer.

I hope that you guy's have time to comment and leave your thought's and opinions on what you really think about this? It deserves a good old analysis of it, every UFO sighting deserves this at least.
It is my determination that we're looking at something definitely intelligently made here as this has all the hallmarks of a UFO hiding in plain sight? With no visible propulsion system or visible means to keep it flying around that means that it's got to be intelligently created. It is fascinating, it's weird and probably stealthy as well. I've done over 1250 videos all in on UFOs and conspiracies, so I know a thing or two about this type of craft which is to say that it's "hardly anything!" Nobody does! And if they do it's just what's available to everyone else, online. It's a tantalizing thought to think that there's some top secret knowledge about UFOs and that it's hopefully somewhere online or that somehow somebody has some ultra secret knowledge about Extraterrestrial entities and if only I could have that knowledge!
But like anything secret, it's not going to be available to anyone by it's very nature!
Reality is far less sobering and far less exciting I totally agree but the alternative is a lie, it's living in constant hope without seeing results because when was the last time you unearthed a top secret, secret? Especially to do with UFOs?
Here's the really good UFO sighting video that was uploaded to YouTube by UFO News:
*Continued from the star placement above:

In 1492, Christopher Columbus and Pedro Gutierrez while on the deck of the Santa Maira, observed, "a light glimmering at a great distance." It vanished and reappeared several times during the night, moving up and down, "in sudden and passing gleams."