This UFO video shows us some spectacular UFOs slowly flying over Chile's mountains in rural Santiago. It's a sparse area giving freedom to UFOs.

This is as strange as it gets, three white UFO Orbs are being led by a larger white flattish round UFO or Flying Saucer shaped UFO over the Santiago mountainous regions of Chile.

Chile has an impressive UFO incidents track record. I say impressive because believe it or not, the Chile Government actually declassified UFO videos way before the US did but it looks like nobody took notice unless you've been into UFOs for a long time? It was 2014 they declassified the video at the bottom of this post.
Anyway, here's the star of the show... 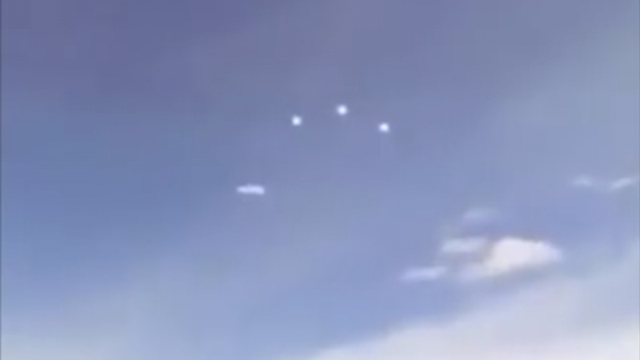 Source: ufosmagazine Instagram/UFO Sightings Footage/UFO News/Canva.
This was filmed with a poor camera but the consistency is there for a real event, there's no flickering of the UFOs,  there's no aura around the UFOs whichbis a tell tale sign of fake UFO videos. There's no sign of any overlapping scenes or interruptions as it's pretty much a continuous filming. It's not flagged any suspicions that's why I'm posting about this. UFOs are real now, the Chile Government has been telling us this since 2014.
Related post
Flying Saucer Flies Right Past An F-22 Raptor Fighter Jet Whilst At An Air Show
It is in Chile where some of the most exciting and real UFO encounters are taking place, but why I don't know? There is speculation about the sparsely populated regions giving Aliens and UFOs the freedom they need to study the Earth which makes total sense.
Here's the actual White UFO Orbs and White UFO Disk video:

Close up of the large white group circular UFOs. There's nothing to suggest that these have been copied and pasted into the video at all. These only look pixelated because I've zoomed in to the UFOs to get a better look. 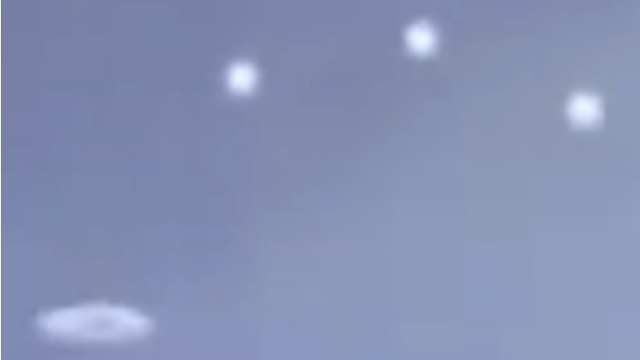 Source: ufosmagazine Instagram/UFO Sightings Footage/UFO News/Canva.
Chile always tops out as the best place to spot a UFO. Maybe it's the fact that it's one of the least polluted places on Earth or the fact that the people don't tell anyone when they get abducted by Aliens (who would right)? Being ahem, "examined" by Aliens wouldn't be the subject of talk at my dinner table I can tell you that now! For real.
Related post
US Navy Destroyers Comes Under Attack By UFOs | The Aftershock Hits Navy Ship
Chile is often mentioned as the country with the highest recorded number of UFO sightings. Due to its low humidity, high altitude ridges, and clear skies with little pollution, Chile has become a favourite among UFO-seekers from around the world.
The country has even launched the CEFAA (Committee for Studies of Anomalous Aerial Phenomena (CEFAA), a government body which investigates UAPs (Unidentified Aerial Phenomenon) under the control of the Chilean Air Force.
Not long ago (2014) the Chilean government and their air force released that amazing and ground breaking UFO video (below, near bottom) where the Jets where following the UFO (I'm sure you remember that one) and the video was in Flir Forward Looking Infrared which is the exact same as the US UFO videos that have been released by the DoD Department of Defense in behalf of the US Navy and the US Government.
Now ain't that strange!
Image from the declassified UFO video from the Chilean government. 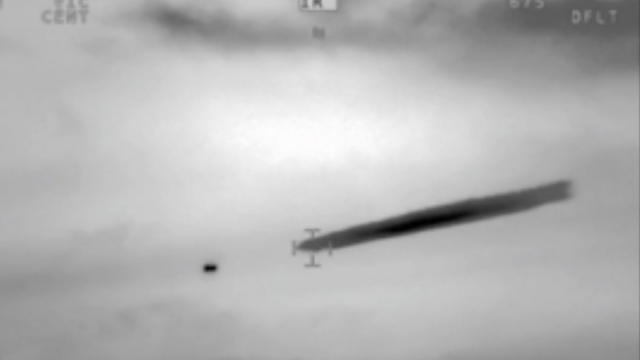