Physical Proof of UFOs At The ISS

Scott Waring was watching the tv when the camera started to zoom into a UFO next to the ISS. Why was NASA zooming into a UFO then denying UFOs exist.

This is 100 percent UFO evidence and an admission by NASA scientist's (actually using the live feed from the ISS) who are busy zooming into and onto a bonafide UFO light.

This is the first time I have known NASA big wig's to ever zoom into a UFO that's sitting next to the ISS. The video below sees Scott Waring narrating the UFO video and talking about exactly what he sees? 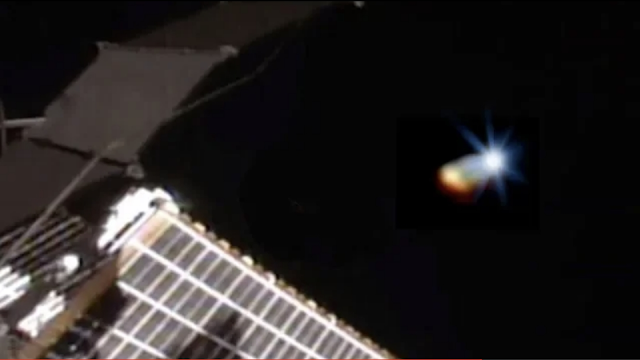 Credit: UFO Sighting's Daily YouTube Channel/UFO Sightings Footage/UFO News/Canva.
I thoroughly enjoy it when someone who isn't afraid of speaking his or her mind and likes to use common sense regarding what they're seeing. Believe me it's not an easy thing to put your thought process on display because people love to find fault even if your just pointing out a UFO sighting and simply stating what you see. 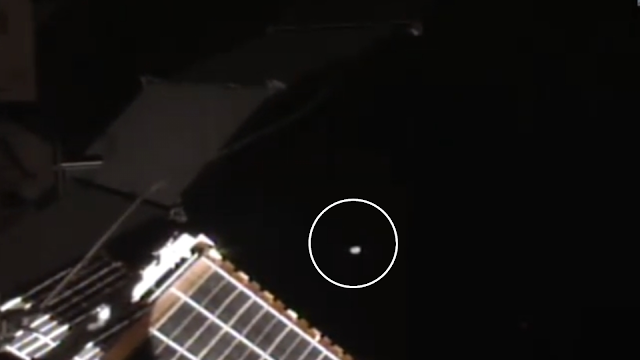 “They are trying to get a good look, but obviously it is too bright.
“Why did NASA turn their camera towards this? Why did NASA want to take a look at this? “What is so extraordinary about it that they wanted to look at it?
“Well the fact is it is a UFO and a glowing object.”

Here's what Scott Waring had to say about this amazing UFO sighting.

I was watching the space station live cam when I noticed the camera switch to a new camera. Then the camera began to swing to the left until it focused on a white oval between it and Earth. The object had matched its speed with the space station. The camera then continued to zoom closer and closer, but all we could see was a glowing white oval. The vibrate light from the UFO was so powerful that even NASAs new seven million dollar HD cameras could not focus on it. Foo fighter checking out the space station?

Related post
UFO Docked With The International Space Station
The existence of Alien Beings has been shunned by the Scientific community since day one of the whole discussion, usually denied due to the lack of physical evidence at hand – perhaps this is the actual physical evidence that will change everything? But knowing the stunt's that NASA can and does pull, they will probably have selective memory regarding this.
Many people have filmed UFO sighting's and have been shunned and made fun of, their videos labelled as fakes or hoaxes, but this particular UFO sighting could very much be the real deal because it's NASA. Unfortunately this will never be admitted to publically, in fear of how the folk of this planet would respond to such a find even though it's NASA's own go to discussion when seeking funding! It's hypocritical.
Here's the really good UFO sighting that was recorded by Scott Waring, enjoy and cheers Scott, keep up the good work:
Please could you share this post with anyone else who might appreciate it, thank you. Also please could you share your thoughts and opinions on this, cheers.
Credit: UFO Sighting's Daily YouTube Channel/UFO Sightings Footage/UFO News/Canva.