This is incredible footage from the ISS live feed camera showing a large fleet of UFOs going past the International Space Station twice in groups.

I love discovering new pieces of the NASA ISS UFO jigsaw because there's always a bigger and better one right around the corner just waiting for someone to acknowledge it.

I've just counted 25 UFO Orbs in this fleet formation (below image) alone! You cannot see individual light bulbs from space, lol. I've mentioned that a few times in this post. It's incredible UFO footage from 7/10/21 at 10:08PM. NASA Live Stream. No matter what we might think we've found in these 2 videos, that's honestly just the beginning because the hardest step is trying to get NASA to look into these UAPs- UFOs, Orbs, reflection etc or call them whatever you like?
NASA's a bit different to the Pentagon and the CIA or the Navy Pilot's who saw the UAPs. They're different because they don't appear to have the same "belief in Extraterrestrial entities operating on Earth" because they refuse to look into any UFO sighting from their own archives which adds up to around most of the UFO sighting's collectively. The US Government declared UAPs are real, NASA's response was...

I'll have to get back to you as nobody knows! Basically they had no reply. Or they just didn't want yo put any credibility in with the public opinions on the UAPs? Who knows why it has taken a totally different non - UFO related agency to disclose to the public that UFOs are real, than the actual agency that's tasked with searching space for Alien life?

I get the impression that NASA is not in step or on the same page with the DoD (Department of Defense) regarding UFO disclosure? It's totally upside down, until they (NASA) needs funding and then it's all about space travel and looking for signs of Extraterrestrials. It's a joke. 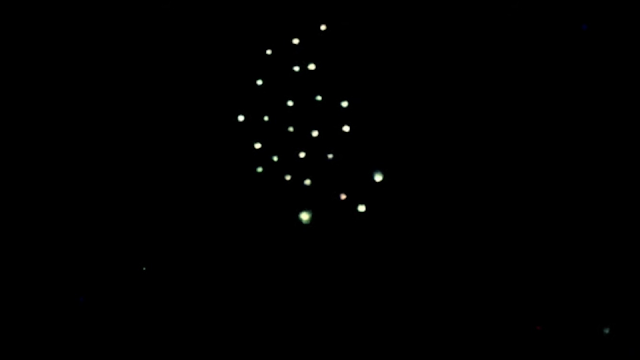 The videos are quite jaw dropping I'm sure most of you will agree. It's just not everyday that lot's and lot's of UFOs pass by the ISS.
NASA, in my eyes has a lot to do to address the UFO sighting's collectively that are being seen not only by their own projects, their own ethos is to search for Extraterrestrial entities and I genuinely feel let down by it
Video no1.
Video no2.
Credit: NASA ISS Live Feed/Mary Hall YouTube Channel.
Believe me, UFOs are like London busses, you wait ages for one to come along then all of a sudden "four busses come all at once!" Albeit in this case though were talking about UFOs that are so numerous that they have their own area codes! Having UFO proof is always great, knowing that these are blatant UFOs but NASA is probably hoping that people think it's the Earth in the background, it sounds like NASA is lacking. Obviously it's not the Earth in the background because we see individual UFO spheres as opposed to a dense patch of pure light compacted on land! Now though, imagine these four London busses are of the UFO variety with possible Alien entities inside of them and that's probably what we've got here. 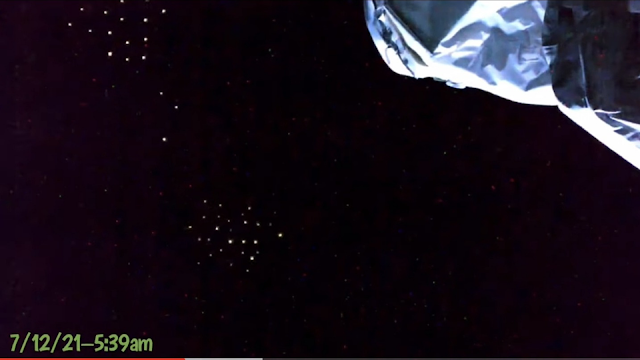 Credit: NASA - ISS Live Feed/Mary Hall YouTube Channel/UFO Sightings Footage/UFO News/Canva.
There's 2 videos here which I'll be putting above in this post but wow, unless these UFOs are individual light bulbs seen from space on the ground then these are a massive fleet of UFOs going past the International Space Station. It's absolutely amazing UFO footage and of the likes that restores confidence in beliefs around Alien's and UFOs.
Check SkyShipsOverCashiers for some of the best UFO incidents that have potential for change. This UFO incident is in it's awesome archives.
So, I wanted to bring you some really good UFO videos that in the past I've gone back to, either to restore my faith in Ufology, restore my commitment, to show myself that Aliens have to be here because the evidence (which I've helped gather) is overwhelming.
Research is always going to be met with sceptic and hostilities.
Once upon a time, UFO sighting's never got the time or day by anyone! But in in today's world, we absolutely love them, the bigger the better in many instances! And people can't seem to get enough of the best UFO incidents that are happening around the world from Kathmandu to Alaska,  right now.
Related post
2 Glowing Golden Spherical Orbs Over LA
NASA has a large number of UFOs in it's online archive, you just have to look. The US Air Force has many more UFO examples in it's own archive but not for public eye's. If they've got 3, they've got 300 more! You can take that to the bank!
This post is an update post to an early post you can find here.
Please share your thought's and opinions also any ideas that you might have about this amazing UFO fleet formation sighting filmed at the ISS. I'd also appreciate it if you could share this post with someone who you think would appreciate it, cheers.
Credit: NASA - ISS Live Feed/Mary Hall YouTube Channel/UFO Sightings Footage/UFO News/Canva.