Look I'm not comfortable with the idea that portals are real or that UFOs are using portals of any description to get here or there, but these are the unusual theories that are out there and I'm gonna write about them if there's a slim chance they could be real.

So, I suppose I hope that they are real instead... Which is totally different to believing in them? The details of the cube UFO are sketchy at best, here's a quick quote from the Express; The bizarre black shape object, craft seen in the photos that have been released online, are suggesting to have actually appeared through "a real wormhole or portal" but in clouds right above El Pasco, Texas, US. But guy's, it's a lot like like anything that's reported to be Extraterrestrial in origin - it's all about opinions and theories followed by guess work. Just because something makes sense once you've had time to think about it, still doesn't mean that it's the answer! From ancient Aliens to the ISS, it's about what's caught on camera on unedited footage, on verified by independent assessments that the media put forward is not tampered with.
Because if we can't verify videos or photo's then Ufology has an insurmountable mountain to climb. Fact! 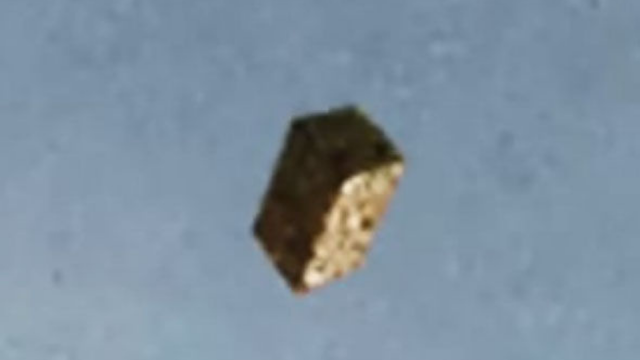 Trying to stay on track and give a complete rundown of what people are thinking or saying about a UFO sighting is harder than anyone else can possibly think? For one thing I really don't like repeating lies or
It's like this cloud UFO, this rectangular shaped craft, it's definitely been filmed in reality and not in photoshop and there's no lying about this been there. But what has been over engineered is the sounds it made, the idea that it came from another place through a wormhole or a portal. That stuff really doesn't float my boat. It's good to disagree, a lot about it does not make me any wiser or brighter for that matter? But the fact that it's been studied by so many UFO researchers and scientists, that means this is still a UFO sighting until proven otherwise. 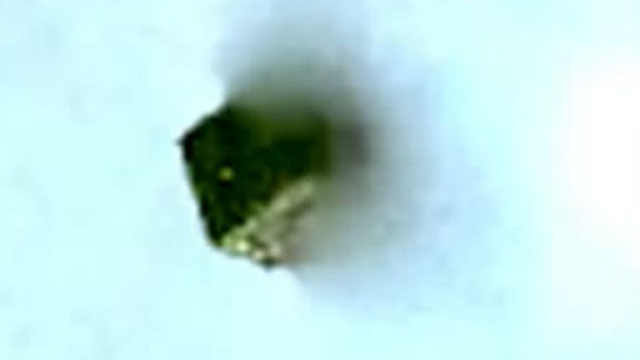 These are some of the all time best UFO sighting's that there probably is? 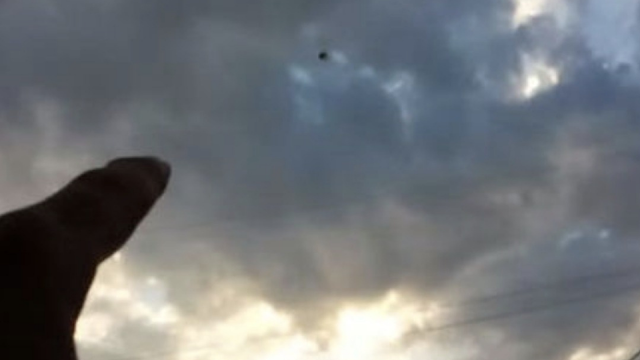 Credit: Secureteam10 YouTube Channel/UFO Sighting's Footage/UFO News/Canva.
Related post
US Doctor Kept Cameras Running For 2 Years And Snapped Best UFOs Ever
Anyway, you've had my two pence worth now let's get to the UFO sighting itself which to honest with you, its straight forward. All the information contained is within this awesome video.
Truly, this is a great UFO sighting because it's been covered an endless amount of times. It's never been debunked, nobody has admitted to faking it and showing us their process of faking it. See, anyone can say they faked a UFO sighting or Big feet for that matter, but not everyone can show how they faked it with a video or photo's. It's a really good way to catch out the time wasters, the liars and the people who just want to mess with UFO believers. "Come back with the evidence" that's a really good way of saying thanks for your thoughts or wishful thinking, but no thanks.
A series of conspiracy and counter-conspiracy theories - including that it is a "sign of the devil" or a "US Government hologram to test human reaction ahead of a genuine alien disclosure" - have now sprung up across the internet.
One theorist posted online: "There's no doubt at all that this is real and this is actually very concerning too because it's come through a wormhole or vortex meaning this craft has come from anywhere and it does look very sinister indeed.
Quote:

"My personal opinion is it's a scout ship and more could be coming soon. Could this be a precursor to an alien invasion of Earth?"

To be totally honest with you, I really don't know? Im not going to commit to something as straight forward as that. There's got to be something else that we're all missing? There's got to be a reason why Extraterrestrial crafts are here and by the way, this is also the US Government's answer as well because when they released multiple UAP videos, they said that Extraterrestrial crafts are 100 percent genuine and that they have chased them all the while filming them in Flir (Forward Looking Infrared, cameras).
They're here, mark our word's, one day something other than the UAP announcement is gonna not only catch a few people off guard, but it will catch everyone off guard!
Here's the extraordinary video which was uploaded to YouTube by the decent channel Secureteam10:
Please share your thoughts and opinions on what you are seeing here in this video, thanks.
Please can you share this post with someone who you think might appreciate it, cheers.
Credit: Secureteam10 YouTube Channel/UFO Sighting's Footage/UFO News/Canva.