2 UFOs Fly Off Into Orbit According To Joiner In Scotland

Joiner witnesses a UFO over the skies of Glasgow in Scotland. This is a great UFO incident with a police helicopter turning up to investigate t UFOs.

2 UFOs was definitely filmed over Glasgow and the police helicopter even appeared on the scene.

The joiner from Glasgow in Scotland recorded this UFO encounter and said that ge 2 UFOs actually took off into orbit. 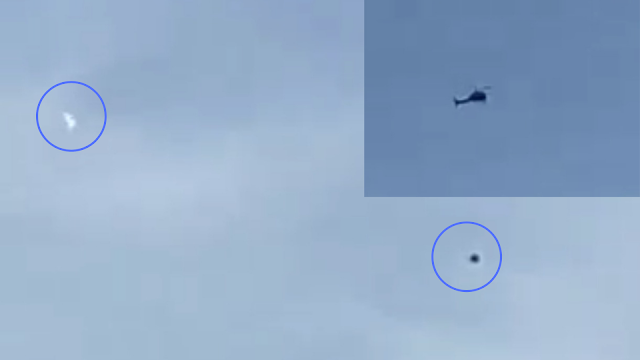 Credit: Glasgow Live/UFO Sightings Footage/UFO News/Canva.
The video sees 2 strange UFOs for sure, if you look closely you'll see the 2 rectangle shaped UFOs either spinning which is what I think is happening or they're moving a lot and seem to be catching the Sun's reflection a lot, it looks very even and in a sequence of reflections which is why I'm thinking that these UFOs (the UFO on the right in particular) of spinning or rotating which is just bizarre and it lends more credibility to these been actual real bona-fide UFOs as opposed to a drone trying to hover or hold it's position in the sky?
The brighter UFO on the left seems to be in charge (I'm going with it) and this one seems more stable, it seems a lot more like it's reflective and it doesn't look like it's rotating or wobbling to me? This amazing UFO sighting happened in full daylight and of course we have the good old police helicopter that turns up but obviously doesn't see a thing even though they're right in front of them. These are pilot's don't forget so actual cop work it ain't!
Quick quote:

A joiner, who managed to capture footage of the sight on camera, was working in the east end of Glasgow when he spotted the two objects in the sky which he claims 'went straight up into orbit simultaneously'. A Glaswegian managed to film two 'UFOs' in the sky above Glasgow and claims they 'went straight up into orbit simultaneously'.

The joiner, who wishes to remain anonymous, says his pal spotted the unusual objects just after 11.05am today (Monday) when they were working at the Dalmarnock Wastewater Treatment Works in the east of the city.

He told the Daily Record: “I looked up and thought they were two drones hovering for about three minutes. We then realised there was a police helicopter which had stopped dead behind us.

Check out the link for more, above.
I've been an avid UFO researcher and always been drawn to the Extraterrestrial part of unusual phenomenon, I was instantly drawn to this double UFO encounter with Police helicopter on the side dish. I've covered say, wow I can't even think about how many of these exact same UFO incidents I've covered? It's gotta be a dozen or so in 12 years? And what always stays the same is this, I've looked for the police videos online, I've looked at mainstream media for anything in the "real news" oh I say that with so much sarcasm that it's like spitting venom up a tree!
Related post
2 UFO Orbs Pretending To Be Planes And Spraying Chemicals Into The Atmosphere
It makes no sense right, just like finding no such official evidence whatsoever? Nine, nada, nyet, nothing, zilch absolutely zero helicopter footage, nothing on police websites, nothing on CNN, BBC Scotland, and while it's a single-minded rummage through keyword based results I'll admit that there's literally nothing more that I can do personally? Air traffic apps are only as good as the information it receives so annoying as it might sound, it's hard to do a good job because it's UFOs. It's innately sparse with facts or information which could actually help identity these UFOs. I say innately because it's born into the UFO sighting from the second it was filmed because when the eye witness filming it actually finishes the video. 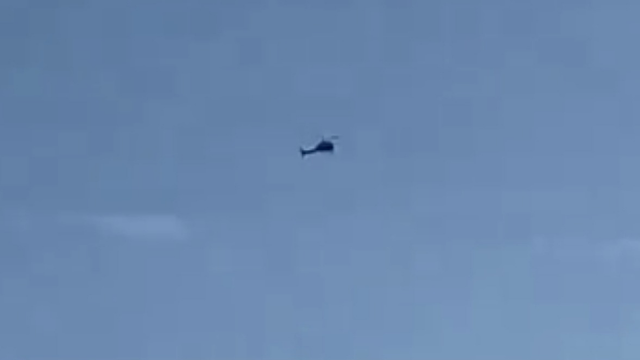 Credit: Glasgow Live/UFO Sightings Footage/UFO News/Canva.
The worry starts to set in, I'll be ridiculed at home, at work and in the street, probably. I might lose my job or worse, I'll lose any respect I have from workmates! And believe me, some people instantly delete what they've just filmed as soon as all that (even just a fraction) because they realise uf the video goes viral and then people might never forget and from then on it's "crazy UFO man" or there's the "crazy UFO woman" which I'vehad it done to myself and it's not nice. 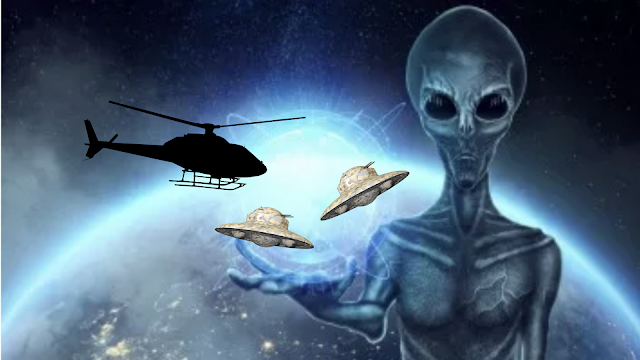 Credit: Glasgow Live/UFO Sightings Footage/UFO News/Canva.
Anyways, I'm glad that things are moving on in the world, enjoy the video and please, if you see a UFO you must share it online and don't worry about what people might say or think because we've all had UFO disclosure from the DoD Department of Defense and the US Government. It really has gone over people's heads but it's definitely real now.
Here's the awesome UFO News YouTube Video:
Please share your thought's and opinions also any ideas that you might have about this amazing double UFO encounter with Police helicopter. I'd also appreciate it if you could share this post with someone who you think would appreciate it, cheers.
Credit: Glasgow Live/UFO Sightings Footage/UFO News/Canva.