The best UFO video is the one with amazing and probable UFOs within it. I really do think that this is one of those amazing videos which are very few and far between. The two strange UFOs in this video are apparently following a US formation of Jets. Now, is this a top secret aircraft display but for only top officials and the video has been filmed by a lucky onlooker who was near to the aerial display? Is this a display of recently declassified aerial vehicles? I'm thinking that these UFOs maybe TR3B's was just following or been escorted by the Jets to a base somewhere. There really is no knowing for sure about this and these are the ones that I really like as there's a mystery surrounding the UFOs. The UFOs are been filmed, but the mystery is really in the lack of knowledge as anyone and I mean anyone can video a UFO and give it a location and a time etc plus give it a GPS coordinates of a military base. But these come with a sense of weird mystery. It's something to discover, it's something to research.

A video of two strange aircraft's following a formation of US Jets, has been baffling many people. Now it's my turn to be baffled by this, I suppose. The unusual looking aircraft's or UFOs if you like are really strange in their shapes.

There's a good chance that these are just "once secret" crafts and now they're on display probably for the first time?

The lack of information isn't a bad thing, it just means there's a bigger mystery than you originally thought.

There's a chance I suppose that this is a fake video and the aircraft's following the formation jets are nothing but a good old fictitious hoax? 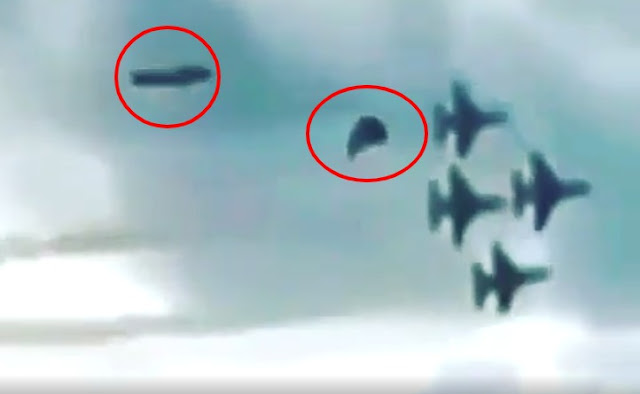 Ones a flat disk shape and the other is kind of like a shell shape? It could be the angle of the way it's flying that's distorting its shape through the camera.

Some of the people who commented on this are wondering why the people there watching (presuming there was a crowd of people) didn't yell anything?


Related post:
New Generation Of TR3B Or Is It A real UFO


The majority are saying though that these are top secret US aircraft and the TR3B was also mentioned, but I would like your opinions on what you think these are guys?

Please remember though that I didn't film this so please don't leave any nasty comments because they was on the rise at one point until I stepped in and had to stop the people doing it as it's not fair at all.


I research what I believe is good and what I like and I present you with the stuff I've found to get further comments and opinions and so I can figure this out.

It's my own journey of discovery that I'm on and UFOs are it.

I really want to figure out as much as I can so I can either be delighted with the answer that Aliens are real, or delighted also that Aliens don't exist?

The images here are really amazing.

The video is either genuine or a fake and I can't tell for sure, as I'm not an expert. That's not a cue to ridicule.

Someone out there has the ability to determine if the video is a hoax or the real deal? 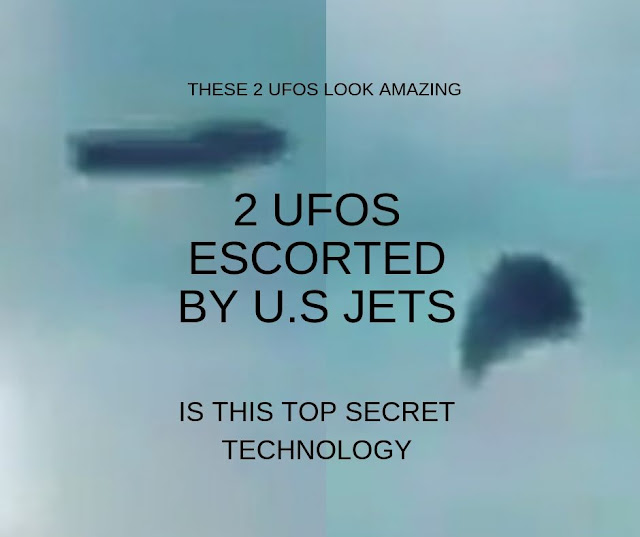 I hope that you like this UFO video because I really like it. I enjoy posting UFO videos as it brings relatively unknown (that's what I really enjoy posting) UFO sightings to the people where it needs to be seen.

I know it will bring us all one step closer to "knowing for sure" and without a doubt that UFOs are real - and everything that comes with that!

Either way, I just want as much information with answers (possibly) that I can get.

I suppose it's just like what your doing, trying to figure out if UFOs are real or not, so please don't be nasty if you don't agree with or indeed not like it.