The huge black smoke ring that appears above this highway is not attributed to the lightning because I've found other exact same phenomena smoke rings in the sky in other parts of the world and it's a sunny day. You can rule out the lightning or the weather. These huge black smoke rings could be attributed to CERN or the Large Hadron Collider in Geneva, switzerland. Dimensional doorways or portals as they are also known as, is something that this has been suggested it might be and that CERN or another agency is working ion portal technology and that is weird. CERN has also been responsible for why we was thrown like garbage into another dimension because of their meddling in Big Bangs and Black Holes.

The black smoke rings are appearing in all weathers (just remember that) and it's immediately got people divided on just what this is, it looks like a black ring for sure but what's caused it and why it's there, is the mystery.

Half of the people are convinced that it's a sky portal and the other half are convinced it's a black smoke ring from the lightning... 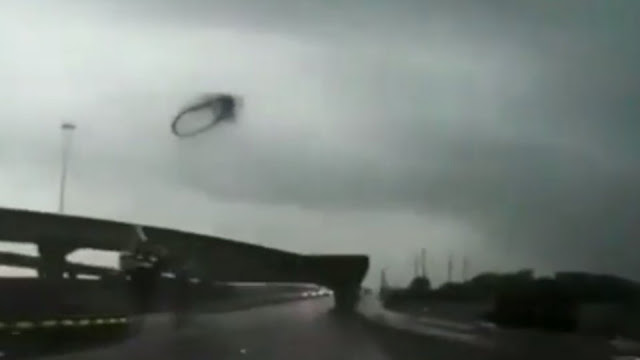 What's your thoughts and opinions on this one guys?


To help you guess along with the millions of people who've seen this, I've also remembered that there's been a few of these "rings" sighted and reported and indeed filmed around the world!


When I typed the words black smoke rings there was loads of results and in all weather situations.


This was filmed in Warwick Castle UK; 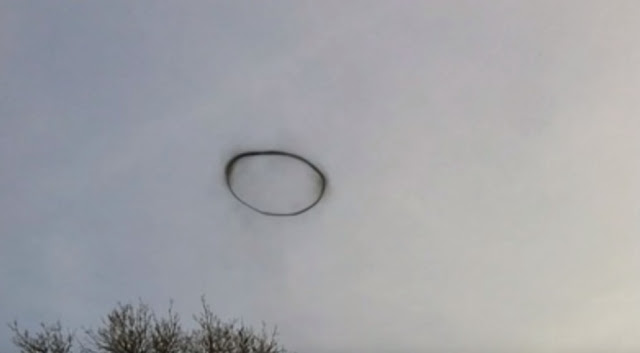 This was taken over Denmark - in the sun:

The guy in this video below is also asking if these black smoke rings are connected somehow to CERN?

Related post:
Dimensional Portal Filmed from Out Of A Plane Window


The unusual place called CERN (look it up it's mind boggling) is experimenting on some futuristic and also weird, insane technology.


Lot's of strange events have been attributed to CERN scientists including that they have thrown us all into another reality.

What are your thoughts on that as well?

Plus here a short video from Instagram on the above Black Smoke Ring above the highway:

You need to know what CERN has "really" been up to.

You need to know why CERN has got such a really, really bad personality problem with how the world sees it?

They have been doing experiments that include the Big Bang, but recreating one!

They did an experiment that could of swallowed up the whole world and that's why some people say we was thrown into another dimension, reality or a parallel world.

Here's the video I found regarding these portal like black, smoke rings appearing out of nowhere around the world:

It's exceptionally complicated, but once you "start understand" just the basics of CERN - OMG, it's not even funny.


It's not the slightest bit funny or right for that matter what they did, do and are going to continue doing.

The black smoke rings as you can see by the video are everywhere so the lightning theory falls at the wayside as some places it's sunny.