Dimensional Portal Filmed From Out Of A Plane Window

Now as dimensional portals go, this one is stunning and all that! It has all the hallmarks of an "opening dimension" or as some call it, a dimensional rift. A tear in the fabric of reality itself or is it? It seem's to me that this is being held open because of the black ring on the bezel? This could be the effects of CERN or The Large Hadron Collider? By the way, that is not jet exhaust smoke!

Obviously (if your in the know) CERN has not taken any credit for any portals that have opened around the world, but as in the past they've come under scrutiny just because of the crazy, otherworldly experiments that they engage in! I'm talking recreating black holes, big bangs and yes their machine looks like an eye, it look's like a stargate for real.

The types of weird things that have gone on there like satanic rituals (prank) if you can believe that and because they're pushing the boundaries of what mankind can do, it draws a lot of conspiracy theories. 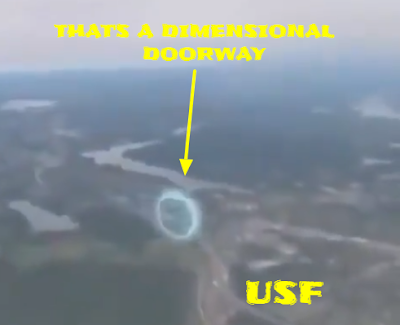 I mean c'mon, opening one reality inside of another reality is wacky by any standards and probably something they shouldn't be doing! I mean who polices them?

They should not be playing around or testing, experimenting and definitely not examining other realities this way or dimensions and alternative dimensions etc at all because one day, something crazy is going to come out of one of these dimensions in to this one through a doorway or stargate. 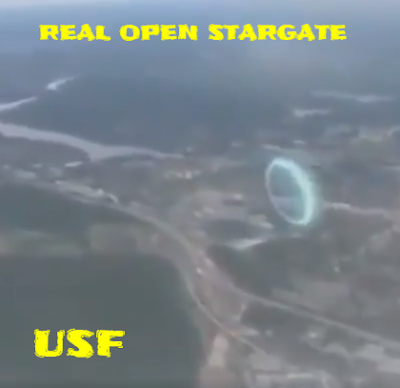 Call it whatever you want to but an ugly, demonic entity could and yes, it's totally possible especially if it's a representation of our fears then it could be nasty, horrible and our worst fears or nightmares come true.

That stargate in the video is probably real, by the sounds of the people in the plane something terrifying was happening that day on that plane journey? I'm just glad that I wasn't on that plane. Can you imagine seeing it, knowing what we know about CERN etc? It would be horrible.