Here's a great example of a UFO which really could be a TR3B or some other possible secret or classified piece of technology? It's definitely a real reaction from the guy who's in the car and even he says to his mum, it's doing something in the sky which for me is definite proof that it at least took place and was not a part of any hoax at least not on this eye witnesses account. So it leaves the question "is this a real UFO or is this a real TR3B and possibly is this a hoax"? I ain't sure but I'm definitely leaning towards the real side. It's a very good UFO video with a genuine reaction from the eye witness. These are few and getting more and more harder to come across as especially with the rise of really good graphic software where anyone can fake a UFO from their bedroom. 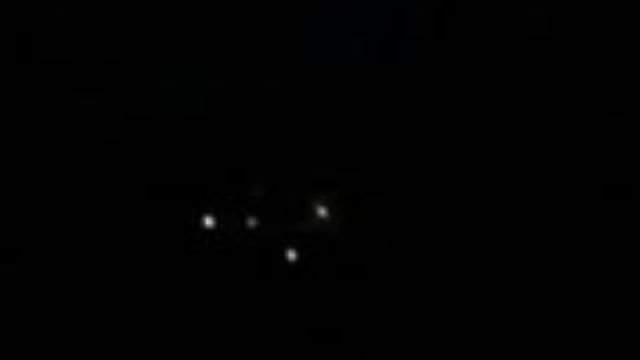 A passenger spots a strange flashing UFO in the sky above a car, the man says that the object is "doing something in the sky" as the mysterious shape lights up and then fades.

The guy capturing the video is in an excellent place to film this obvious UFO (Unidentified Flying Object) and even though it looks like a TR3B we can't be sure? There's a number of lights that are actually blinking, are they trying to communicate through lights because Earth uses a lot of lights to communicate. Fibre optics and we use lights in general. This is obviously an intelligent machine por craft and that's why I think it might be trying to communicate through lights, maybe.

It could be a UFO that has not been seen "as yet" and therefore this could be a genuine UFO in the truest sense of the word. Either way though this is an excellent example of what is been seen in the skies around the planet especially at night. We would like your thoughts on this one? Have you seen anything like this before and if you have please let us know about it, cheers. The video is below at the bottom.

Imagine if this craft or UFO wasn't using any lights? Imagine if this UFO is not being filmed by anyone? This Unidentified Flying Object would of gone unnoticed, unseen and definitely nobody would of filmed it so that beg's the question:


How many UFOs are going undetected around the world because all they have to do is turn their lights off and now they're invisible as they don't make a noise! That's some amazing technology even we are not aware of or using. A form of propulsion and hovering that uses energy without a noise. that is mind blowing.


The TR3B is a real craft that genuinely exists and we've actually posted on this aircraft before and the possible Alien/UFO roots it was possibly back engineered from. There is a lot of questions and rumours around this "real" aircraft. It is shrouded in strangeness and controversial mysteries and a possible cover up to say the least.

If there's ever been a contender for a TR3B or an Unidentified Flying object then this is quite possibly the "one"? It has all the hallmarks of an Alien craft and the thing is, it's changing it's shape right in front of the eyewitness.

So instead of interpreting the video or analysing the video after the event we have the guy filming it giving us a running commentary which is priceless because this eliminates some but not all doubts of what is actually taking place and to know it's changing shape is mind blowing.

It's this what is casting doubts in my mind as to the validity of this been a TR3B? I've never heard any reports that TR3B's actually shape shift or change shape? If you've heard or seen reports of this happening then please let us know through the comments here on the site. It's a great video and what a find. The link to our researched information is here on the Express.

Here's our link to our other post about the famous TR3B the original stealth aircraft that was back engineered from a UFO that crashed? Possibly... but the TR3B is real it has a patent.