The Mechanism has revealed brand new archaeology discoveries unlike any before that. It's been 100 years plus in the making and it's the beginning.

Scientists have uncovered new information and new inscriptions and symbols on the Antikythera mechanism (it literally shouldn't even exist but yet it does) and it's still unraveling it's mysterious information.

There's not many times that we discover in all it's glory, in all it's brilliant and genius fullness of a new and very ancient way of thinking such as this Antikythera Mechanism computing device, but we did and it's giving up it's symbolism secrets in such a fantastic way that were learning so, so much.
Check this out;
Antikythera Mechanism Research Project (AMRP) was set up to reconstruct the mystery device. Scholars now agree that it was a mechanical calculator, used to replicate in miniature the motions of the heavens.

What a superb find this was, what's the chances of finding this in the middle of the ocean...

This definitely, most undoubtedly was an eye opener because it's now possible to recreate good seasons, good or bad harvests, if you don't believe me then just watch what these unique symbols actually meant. We are living in a time line now where or your wildest dreams are gonna come true! Just you believe me, firstly weve just discovered Jesus Christ (my lord and saviour) childhood home! 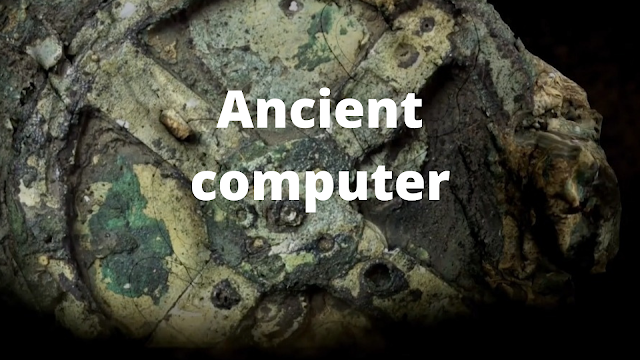 Credit: Live Science/Ellines/UFO Sightings Footage/UFO News/Ufosfootage/Canva.
Omg, going back just a few year we've had unmistakable but very slight of hand nudges in the right direction at stuff which to themselves, would be a years worth of journalism. Every single day I open up my carefully selected news veins and arteries of information and im blown away just by initial assessments or something else which was pegged as the truth, now proven to be the truth.
In other words, stick with me and you'll be able to get closer to the truth.
The gears and inscriptions are still giving us upcoming eclipses which i find absolutely astonishing. If the Mayan calendar fonished in 2012, why is this one still goving us eclipses now? Which one is real, which reality is real? It's more than fascinating and it's more than an ordeal probably to put it all in one place, all the information together to get to the bottom of all the predicted events and would this give us a truly undisputed, day by day, hour by hour forecast of the Heavens?
To have this much information would be on a God like level.
Humans are destined for greatness, destined for the full story. The creation story because he who tells the story, tells the truth. 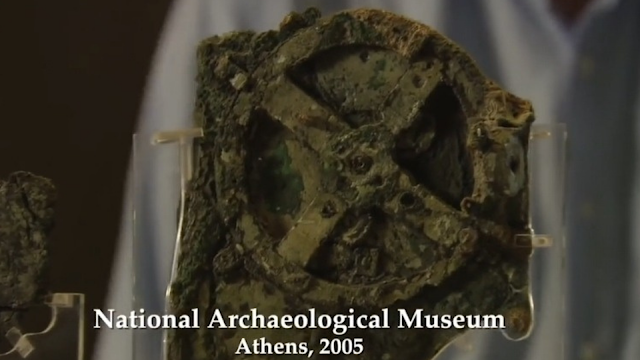 Credit: Live Science/CNN/Ellines/UFO Sightings Footage/UFO News/Ufosfootage/Canva.
Even though the scientists put together a computer model that consisted of built up gears, the computer model actually replicates the now-outdated ancient Greek assumption that all of the heavens revolved around the Earth. And that I find absolutely amazing because even though the planets revolve around the Sun, the ancient Greeks we're still able to create a mechanism that perfectly fit, that precisely and accurately predicted the heavenly bodies in their respective places on a given date. Even though this was 2K years ago and there was nothing remotely like this mechanism anywhere on the planet. The person or persons behind this magnificent invention had a deeper understanding of the heavens and the world than anyone before or in that day and age - even though the planets revolved around the Sun.
Related post
Mummy With Gold Tongue Found In Egypt
It's an Orrey. I looked up the word Orrey which means this in the Britannica;
Orrery, mechanical model of the solar system used to demonstrate the motions of the planets about the Sun, probably invented by George Graham (d. 1751) under the patronage of Charles Boyle, 4th Earl of Orrery. In use for several centuries, the device was formerly called a planetarium.
But we already know that this information is wrong in the Britannica! Or at least I hope people aren't aware that the information is wrong and that it's just been a case of the people in charge not getting around to updating the contents of the Britannica? It should be updated or changed entirely to reflect the real information. That's just my own personal opinion.

A ten-year project to decipher inscriptions on the ancient Greek “Antikythera mechanism” has revealed new functions, including the first hint that the device was used to make astrological predictions. The writings also lend support to the idea that the contraption, often called the world’s first computer because of its ability to model complex astronomical cycles, originated from the island of Rhodes.
Until now, scholars have focused on decoding the sophisticated array of gearwheels inside the 2000-year-old artifact.
The new publication tackles instead the lettering squeezed onto every available surface.

There's a phrase that everyone knows well, it's the one where seeing history repeat itself time and time again brings a phrase to mind;

“Those who do not remember the past are condemned to repeat it.”

I really love and believe that phrase because I thoroughly believe it myself. It's a saying that essentially means that there's no reason why we cannot learn from the past as long as we don't make mistakes like the past, but change the way we create the future by remembering the lessons from the past.

Scholars already knew that the front dial features two concentric scales, showing months of the year and signs of the zodiac, so that the position of the sun pointer gives the date as well as its position in the sky. Text fixed above and below this dial describes the risings and settings of star constellations at various dates throughout the year. Jones and colleagues now show that this star calendar, or “parapegma,” was more extensive than thought, listing at least 42 events, and that it also included solar events such as solstices and equinoxes.
The researchers used these new dates to estimate more accurately the likely location of the astronomer who compiled the parapegma. They match a latitude of around 35 degrees. That rules out Egypt or northern Greece, but is perfect for the Aegean island of Rhodes, where Jones believes the mechanism was most likely made, possibly for a buyer in northwest Greece. He has also identified handwriting from at least two different people, suggesting the device was made in the context of a workshop or family business, rather than by a lone mechanic.
The researchers have also gleaned new details from the text on the back face of the mechanism, which describes upcoming eclipses. They were surprised to find references to the color and size of each eclipse, as well as the expected winds during each event.

I absolutely love that saying because it's true!
Here's the epic video that was uploaded to YouTube by Disinfluence:
Please like and share this post with anyone else who you think might appreciate it, cheers. Please also leave your thought's and opinions on this post below, thanks.
Credit: Live Science/CNN/Ellines/UFO Sightings Footage/UFO News/Ufosfootage/Canva.