I'll have to admit that I judged this as a fake as soon as I saw it. But I genuinely want to learn something new about UFOs so I looked into this UFO.

I'm 100 percent out of my comfort zone for looking into this UFO video because of how it looks, it almost makes me want to turn away and carry on walking, but...

But, I'm here to get to the bottom of all UFO sighting's and add my own Investigation "no matter how small of a contribution". That's because Ufology really needs people willing to look into the huge mountain of UFO videos and UFO encounters. Seriously they're not going away, and they go way back over many decades. Seriously, even if I can cross just a few thousand off the huge UFO encounter list then that's a massive help. I'm up to over 1500 maybe a bit more, and this UFO sighting is really challenging what my perception of a real UFO sighting looks like. I can't keep choosing just the ones I like, right? Or can I? I suppose it's up to me, but I'm genuinely trying to grow from this, I'm trying to get to the bottom of what a real UFO is. I want definitive knowledge about UFOs hence a real answer to Alien's been real. I  mean who doesn't want to have the real answer that Extraterrestrials exist? 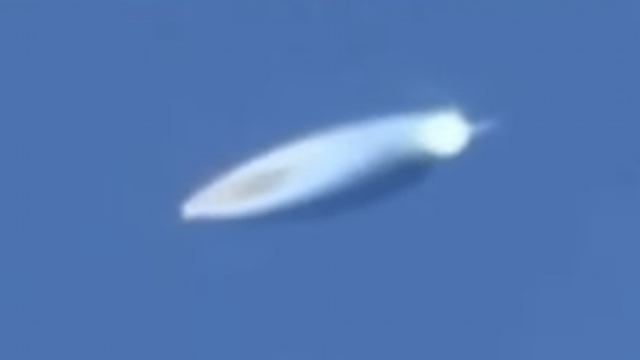 Credit: Mavi777 UFO Alarm YouTube Video/UFO Sightings Footage/UFO News/Canva.
This UFO incident took place over Florida in the bright blue sky. The video was uploaded to YouTube by Mavi777 UFO Alarm which he usually gives a commentary but this one is totally different from the other ones. There's nothing in the video description from YouTube and there's no identifying landmarks except for a filter at the very end of the video which I suppose it's done to insinuate that it's really there in the video and not just a video graphic added into the video?
There's no copy and paste tell tale signs or anything else like that. It's not got a halo surrounding the UFO which also would suggest that it's been added into the video. All this really does point to one answer, that this was actually flying in the sky, I can't say if it was Florida, but it looks genuine and that's mind blowing. I'm learning not to judge a book by it's cover "big time".

There's a chance that this white spiralling Alien looking spaceship is real. But there's also my judgemental side which laughed at it. But what if it is real, what if it's 100 percent real and the eye witness is giving a real account of what happened?

"But I still can't help but think that this was created using photoshop, right. I can't be the only person thinking this? It's this prejudicing that I wanted to really tackle and see why I do that! The answer shocked me to be honest because of the obvious. In all other scenarios I don't judge, I hate being judged so that's why I was shocked at this even though it's UFOs,it's still been judgemental."

There's that many people out there exploring their new found skills and creating UFO graphics for course work that lot's of people are uploading them to the Internet and someone sees it and immediately they start to believe it's real. The next thing it's been taken out of context and then it takes on a history all on it's own. Is that what we have here? 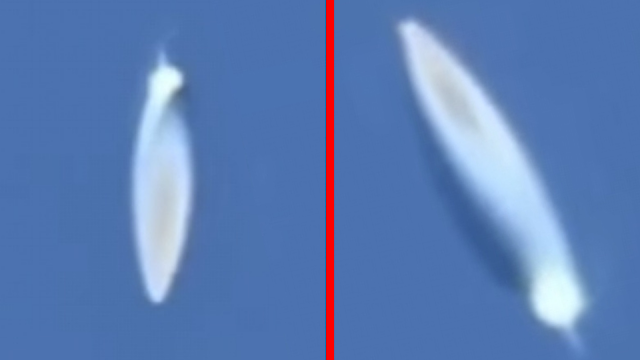 Credit: Mavi777 UFO Alarm YouTube Video/UFO Sightings Footage/UFO News/Canva.
off the list one way or another then that has to be a good thing right? Just looking at a UFO video like this one and say out loud "that's fake". Well, that's all well and good, but as far as researching Ufology goes, we can do way better than that. We can look into the story if one exists, if not then that goes against it. Looking at it through filters, having experts invited to give an honest opinion based on their experience is another way.
Related post
This Newport Beach, CA - UFO Video is Beyond Anything I've Ever Seen - 3 Different UFOs
There could be  another similar UFO sighting that someone remembers and it matches this one. That's the type of stuff that we can do, as social media forensic experts 😃 which is next to armchair sleuthing, we can come together to point thing's out, compare and individually analyse all to our individual abilities. And believe me, having hundreds of thousands of people willing to put their own unique expertise into analysing a UFO sighting is probably on a par with the most intelligent person analysing it - if not better?
So yeah  there's a lot of knowledge out there just waiting to be tapped into. My own personal thoughts are that when I saw this UFO in the vertical position, I just thought no way is that real. But then the video continues to play and then the UFO is on it's side just like a Cigar shaped UFO which I've written about many times before. That kinda caught me off guard because I wasn't expecting it to look like other UFOs I've seen before.
Related post
Cigar UFO Sighting As The President of Mexico Was Being Flown in
I suppose that's a lesson for me right there, I saw a similar UFO shape but not in the usual way so it looked completely different to what I'm used to seeing and based on that, because I'm not familiar with it, I wrote it off as a fake! Omg, that's one of those home truths that people 😳 like others to learn. I  learned this lesson all by myself lol but that's only because I'm willing to look at myself and the judgemental side to me.

Yes, that's definitely a life lesson right there. I now know that if a UFO sighting is unfamiliar to me, I call it a fake.

How many other people can actually do this and be honest with themselves? I genuinely want to learn something new about UFOs and that's why I went against every ounce of my common sense and I'm really glad that I did. I really judged this as fake but after looking into it, I'm not so sure that it's a fake UFO. It's ticked more boxes to be real and the only box it failed on was the box that says "I'm not familiar with this design". I can't say it's fake just because it's unfamiliar, that's totally bizarre logic, right.
Here's the full awesome YouTube video which was uploaded to YouTube by Mavi777 UFO Alarm:
Please share your thought's and opinions also any ideas that you might have about this amazing White Cigar UFO sighting. I'd also appreciate it if you could share this post with someone who you think would appreciate it, cheers.
Credit: Mavi777 UFO Alarm YouTube Video/UFO Sightings Footage/UFO News/Canva.