This is fantastic UFO evidence provided by an eye witness. Two UFOs were seen over Chelmsford in the UK and was even recorded by the witness. Real UFO

Here's the real UFO evidence I've been wanting to see in a long time.

It's not this specific UFO obviously but something that I can look at and straight away say "that looks real", that's gotta be a UFO.

Well, if that's not a good looking UFO then I don't know what is? 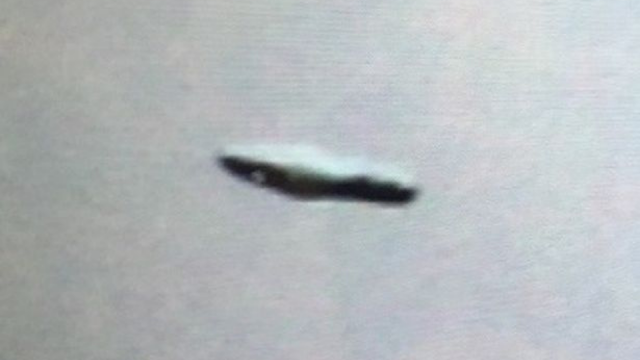 I'm seeing the details, I'm able to describe the shape of the craft to myself out loud, it stands out as a unique UFO to me because I don't recognise it looking like any other UFO and it doesn't look like anything that would be made by a human.

That's either a good thing or a bad thing?

Granted that it's not like a typical UFO but a real UFO is probably gonna look like nothing we have ever seen before. Just like this crazy shaped UFO (spaceship).

Photos of the two UFOs flying over Chelmsford in the UK

There's no chance of a craft landing on the White House lawn, put that out of your head. It would of happened already if that's their intention.

But still, it's a human being thinking about what an Alien being might actually do and that's about as irrational as you can imagine.

So let's delve into the facts:

A man has described his surprise at seeing two large UFOs in the sky over Chelmsford. Fact, he said he saw something. 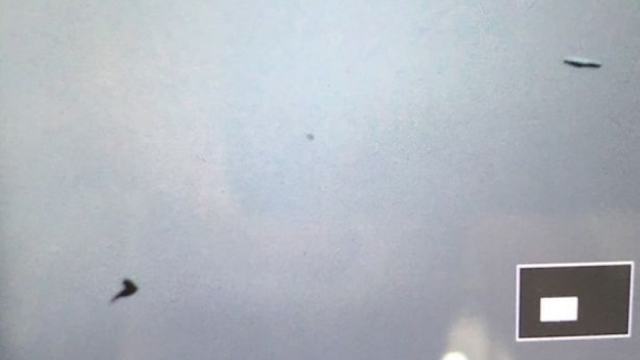 The resident, who did not want to be named, saw the objects in the air over Manor Road where he lives on Monday afternoon (July 17th 2017).

The two UFOs, which were different shapes, were first spotted by a group of people in the street just outside Chelmsford city centre in the UK.

The man who contacted Essex Live said he was in his garden when he saw a small group of passers-by staring up into the sky.

"When I looked up I saw two large objects in the sky. They were jet black underneath. They were quite big and quite high up. They were sort of rolling over and over in the sky. At first I thought they were bits of a large balloon but they didn't move like that.

"Then I wondered if they were bits of plastic that had got up into the sky but they were moving faster than the wind which didn't make sense. One was almost a cylinder shape and the other was longer. It was very strange."

Guy's, the evidence from the eye witness gets even better so check out the link to the whole story from Essex Live as it's them who was contacted and told the whole story to. He wanted to remain anonymous but that's definitely, totally understandable because of how harsh society, the public can be.

His testimonial is absolutely great and it's straight from the Horses mouth so-to-speak.

An eye witness is vital to the credibility of the UFO sighting. If an eye witness can describe in detail what he or she saw and back it up with photos or better still a video or two then that's when it is in a league one or in better terms it's in the Premier league.

That's what we have here, a Premier league UFO sighting with eye witnesses and a group of people, and then there's the digital evidence to back it all up.