UFO, Not A Bird on Live TV During Women in The Military Talk on RT

This is a live TV UFO sighting. Watching RT news channel about the US military I saw a definite UFO speed past Dr Melanie Burkholders shoulder.

Dr Melanie Burkholder is a former US official. Just move to the side please Dr, there's a UFO over your shoulder.

Finally I have seen my first live TV UFO caught on camera. It's been a while, it's not perfect but it's a win and I'll take any win. Sound's like football. Lol. 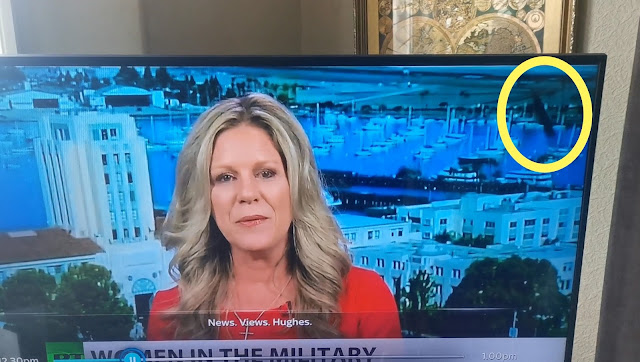 Credit: RT (Russia Today), UFO Sightings Footage, UFO News, Canva.
While I was watching an episode of RT between 1pm and 1:30pm the episode is called "News.Views.Hughes" on RT had an uninvited and unintentional celebrity cameo by a bona-fide UFO. It's a bona-fide UFO to me because it's not identified as yet.
It's not a common sight, it's not like we see this type of thing all the time and say we'll it could be this or this etc. We literally don't have anything to put up a defence with and say it looks like X, Y or Z. It doesn't mean it's an Alien but it does mean that it's something.
Getting back to it...
Right then, to the right of the 50 inch screen (size reference idea) in the top corner say about 3 maybe 4 inches away from the edge of the TV screen we can definitely see what looks like a speeding blur at first, a very fast black blur without the shape of a bird.

There's no wing's, no head, no feet etc and I mean it's got no wings that we should at least be able to see? There's no discerning features that you can make out per-se?

It's not everyday that we get to see first hand, a possible Alien vehicle or top secret technology. 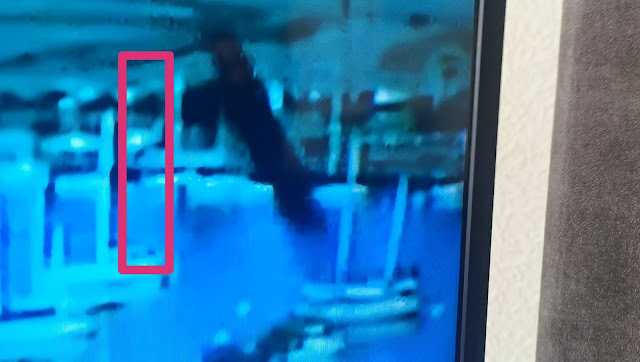 It's a rectangular shape and that's very odd.
Credit: RT (Russia Today), UFO Sightings Footage, UFO News, Canva.
So, it's not a bird (only in my own opinion), it's not a plane lol or a taxi from the Fifth Element with Bruce Willis. That's an epic movie with the stunning Milla Jovovich. 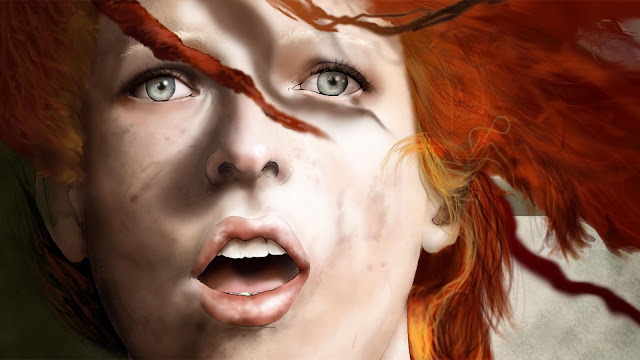 What I can say about this is that RT didn't even spot it...

Or did they spot it but haven't said a word? Probably not. The bird is the word but unfortunately it's not the word in this instance.
I honestly don't know what they we're talking about while a potential Alien vehicle or surveillance drone went past but it went downward towards the ground and fast. I'm sorry but I don't pretend to be interested in this particular subject because it's the military and I believe no country should have a military.
That's only based on my other belief that all humans should get along in a hippy way. No fighting! 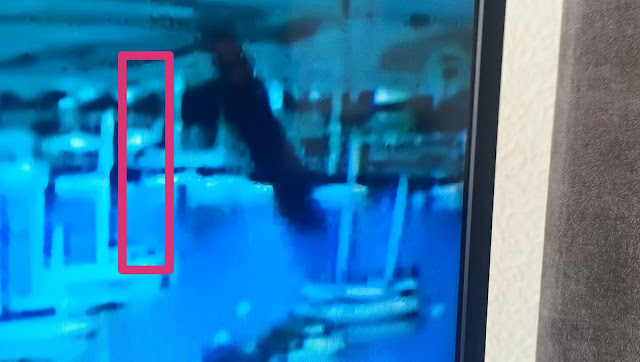 Credit: RT (Russia Today), UFO Sightings Footage, UFO News, Canva.
I understand that reality is reality and humans are innately horrible to each other so the military will always be demanded. I get that.
I believe that RT was debating about pregnant women serving in the US military and women allowed to have their hair as long as they want it like in a bob, blah, blah de blah.
Related post
UNBELIEVABLE UFO CAUGHT ON CCTV OVER TURKEY
Oh I'm sure someone is interested in this but I'm here for the UFO thank you (potential UFO should I say). I regularly watch RT which is called Russia Today as I thoroughly believe that they report on stuff that news agencies in the US, UK, Europe and Canada won't dare publish or talk about.
So, just for that alone I watch it as it's another point of view and not just a one sided narrative that we in the west are very used to.
Today's date is the 17th March in the year of 2 thousand and twenty 1. I like mixing it up with letter's, numbers (rebel without a cause).
Here's the video I took:

Video Credit: UFO Sightings Footage/Canva/RT UK.
Russia Today was up to it's regular America bashing while banging on about the US bashing other countries. The contradictions ain't lost on me. Cheers for stopping by and checking out this video I did. Please leave a comment on what you make of it and if you can identify it for sure then please leave a comment on here, cheers.
Share it with everyone.
Credit UFO Sightings Footage/RT Russia Today/UFO News.