This is a spectacular UFO fleet in formation flying out over a town in India. The whole town saw these UFOs with a smell of burning after seeing them.

This is the evidence we are looking for, it's a once in a lifetime UFO experience that was witnessed by many people in the same town.

Multiple eye witnesses reactions are real, genuine and absolutely the most important type of UFO evidence in my view because someone would more than likely leak it somewhere that the UFO video is a fix if it was a hoax from the beginning? Because of this good chance it will be outed as a fake, I'm standing behind this one. 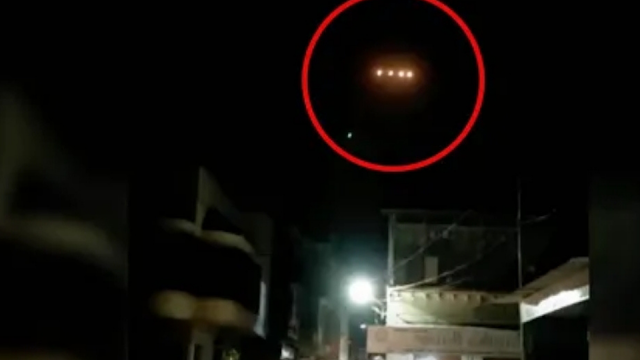 Credit: Indian Express Online YouTube Channel/UFO Sightings Footage/UFO News/Canva.
There's many eye witnesses in this UFO video so the chances are good that if it's a faked one then it will come out one way or another because I like to think that I know people and I know that people just can't help themselves when it comes to secrets, when it comes to communal lies and when it's a lie between many people, seriously someone will definitely, definitely start blabbing at the mouth (while probably drunk) to either someone else who isn't involved in the UFO hoax and subsequently they will either release the information with proof of their claims or they will point people in the right direction to figure it out easily!
Related post
3 UFOs Hovering Over Central Oahu City | Even Stranger Mainstream Media Covered It
I'd like to think that this is real and until there's plenty of proof to say that this is a well organised hoax, I'm liking this. It's proof of an Extraterrestrial fleet of crafts or it's undeniable evidence of the Indian Military exercising their advanced technology? Believe me that India has an advanced military and seen as though lots of Government ties across the world are private corporations, private subsidiary companies and businesses in favour of the Extraterrestrial vehicles recovered and researched and developed by private companies. 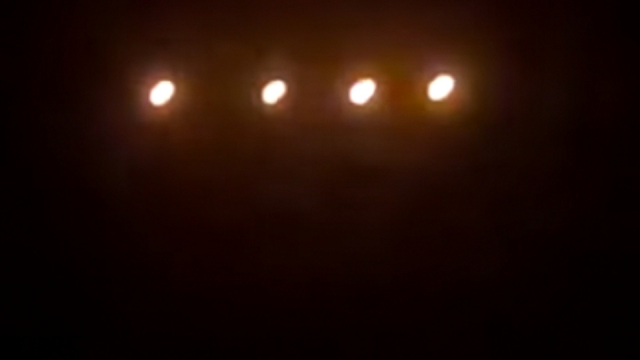 Credit: Indian Express Online YouTube Channel/UFO Sightings Footage/UFO News/Canva.
It makes sense that intercooperation could have happened and this is why we're seeing a lot of allied countries UFO reports pick up exponentially! It makes sense to me that allied countries have advanced aircraft engineering projects in each others air space and bases are been used housing advance Jets. Using each others air space is normal.
Related post
5.6 Miles Above Atlantic Ocean Is A UFO With Piercing Blue Light
The US flies reverse engineered craft in these countries as well which is well known. Allied military bases are always been used for any number of clandestine projects and obviously Extraterrestrial recovery has taken place in these allied countries which is also well known. The US being the most advanced and most important, the most "bad ass" the most developed, the largest infrastructure (in the world and on the world) thus is also what we could be seeing here?

Not every UFO is a real Alien spaceship you know, but it's also vise verse. The US has confirmed that UFOs are real, it feels like it's gone over people's heads though and nobody noticed...

A set of hovering lights in the sky left residents of Gujarat's Rajkot perplexed. There have been many speculations about the nature of the lights, but people are still left with questions.

People reported a loud explosion followed by a burning coming from the crafts, then they could smell a burning smell in the wind. It happened in Gujarat in India.
Here's the full UFO video uploaded by the News Channel India Express Online, please enjoy as this is one of my all time favourite UFO videos. Also, I'd really appreciate if you could like and or share this post with any of your friends who would be interested in this brilliant UFO sighting, cheers.
Credit: Indian Express Online YouTube Channel/UFO Sightings Footage/UFO News/Canva.