Amazing red color UFO over Charleston SC, US. The eye witness says it's a totally silent UFO. It's a round sphere with a hollow center. It looks real.

This is the best shaped UFO that I've seen in a long time because it looks so Alien in origin.

The UFO sighting happened over South Carolina in a place called Charleston in the US in 2018. It was totally silent and like a redish color. The lady (Debra Thomson) who filmed this was absolutely amazing at her description and statement overall. It's a precise and consistent UFO testimony with this obvious video and that doesn't get any better than that as far as acceptable UFO disclosure proof. 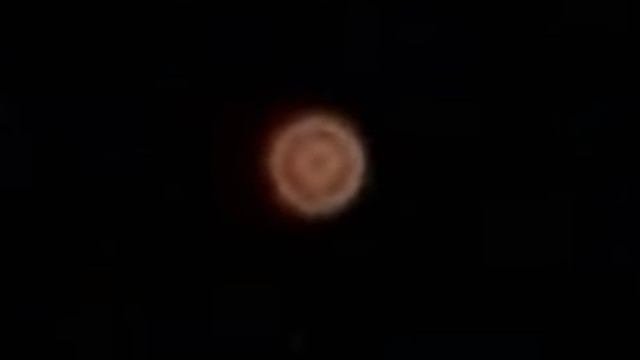 Credit: Debra Thomson YouTube Video/UFO Sightings Footage/UFO News/Canva.
Many people have to have an Extraterrestrial walk down Main street to believe it but some (like me and many others) will accept the acceptable and rational account of what happened. It's a brilliant UFO video with a zoom that's beyond great, it refocused after zooming in and put this UFO front and center.
There's a defined circumference with an inner round and void shape that looks like a real Flying Saucer or a Doughnut shape UFO. Either way, it doesn't matter what it looks like because that opinion actually has no bearing on the facts! It doesn't matter what I refer to this as looking like because it's either a reverse engineered Alien technology craft or it's advanced technologies created entirely by humans with super computer "next level" technology.
Not every UFO is Aliens.
Humans are quite capable of advanced propulsion systems and technology that is a hundred years away from now. Mankind is actually going places, this isn't a hope 9r a wish, this is an observed, informed opinion based in readily available information. We're holding our own in terms of capabilities and even if we've had a leg up or we skipped generations worth of research and advancements through Extraterrestrial craft recoveries. Who cares really? We are always looking for something bigger, better, badder, more impressive, more creative, and so we're always going to be going places. This image below is more detailed. 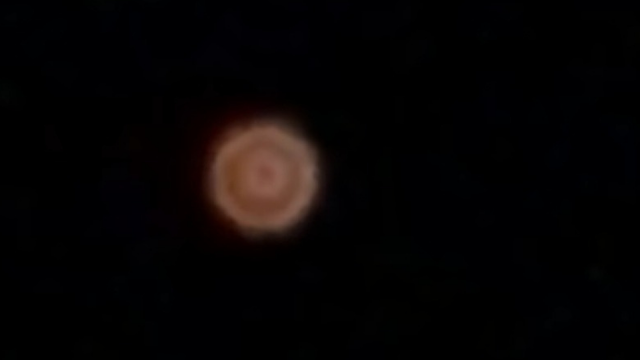 It was about 9:33pm EST of the coast of Charleston SC. I have an unobstructed view in all directions. Earlier in the evening I put a light up Christmas tree on outside light up. I went outside to unplug it when I noticed this beautiful red sphere in the sky. I knew it was not Venus, it was in the North West Sky. It was moving toward my direction and also seemed intelligently in control. I felt as if it knew I was film it. It moved around a bit and disappeared into a pin hole, then it reappeared back to its same size in a few minutes. With the naked eye it was much more brilliant to see. I called the local airport they saw nothing on radar plus in case you think this, No, no weather balloons. Plus it's Christmas Eve.It was dead silent. It disappeared again. As if it shrunk to a pinhole. then I saw it a bit later into a head wind that was going North west. But it was very far away at this point. I just wanted to know if anyone has had any experiences in the last few days and ther following days. I haven't seen any sign of UFO's in months out here. It really is quite amazing when you see one that seems to "splat" out of another dimension and then change into a round shape with other spheres and go in formation into a head wind. Or the many other ways I've seen UFO's and USO's. This place seems to gravitate a lot toward UFO sightings and inter dimensional sightings that I've experienced. I'm not a nut, I just happen to love the night skies and if you look you will see many beautiful things out there. I could tell you many stories. But it would take way to long. Anyway, if you've had experiences share them. Tell me what are your thoughts on this video. Thank you.

Related post
Head of NASA Bill Nelson Said That UFOs Could Be Alien Technology
I'm totally stunned by most US UFO videos because there's always a high degree that they aren't a hoax and in no way, shape or form has this one given me any cause for concern or anything else which would make me think it's a fake or a deliberate hoaxed UFO video. This is good but still, it's not overwhelming proof of a UFO filmed over South Carolina. I'm hopeful, I'm aware also of the many different examples of UFOs caught on camera and the many Alien abductions including military Tic Tac UFOs. There's definitely something extremely controversial going on in our atmosphere. These ufmust go somewhere to hide or whatever it is that they do after carrying out their surveillance...
Anyways, check this stunning UFO video out from Debra Thomson YouTube channel becausethis is simply amazing. If you can sub and like I'd appreciate it:
Please share your thought's and opinions also any ideas that you might have about this amazing UFO sighting filmed right over Charleston in South Carolina. Also I'd appreciate it if you could share this post with someone who you think would appreciate it, cheers.
Credit: Debra Thomson YouTube Video/UFO Sightings Footage/UFO News/Canva.