This is the amazing UFO sighting that happened in space with the UFO taking evasive action to avoid been hit by a rocket or laser. This is a real UFO.

Okay is this an Orb UFO sighting or a regular Spherical Ball UFO because it's hard to describe, but look at it, it's absolutely awesome.

Orbs and Sphere Ball UFOs pretty much look extremely similar. It's like these 14 Bright UFO Orbs Over The Atlantic Ocean Filmed By Journalist while on a ship. 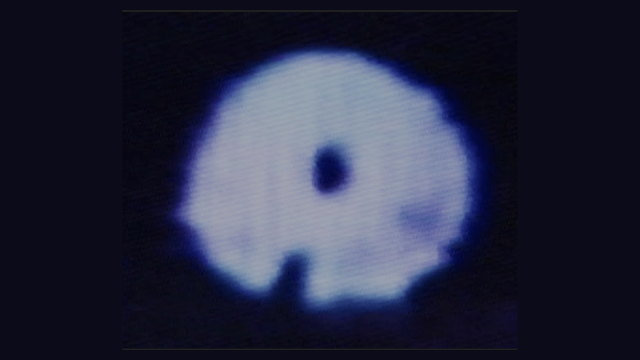 This is a really good UFO Orb sighting in space as it speeds up to avoid been hit by a rocket or projectile.

So, what exactly is it, a rocket or a laser, a secret projectile or a known weapon? If you know, please leave a comment about it in the comments section below, cheers.

UFOs And Flying Saucers Captured In Google Maps Near Area 51

In this video at 2.55 you will see a UFO sighting like no other! The UFO in question is definitely fired at but by whom? It's happily flying around on it's own way as we see in the videos field of view and from nowhere there's a huge flash of light and what can literally only be described as a projectile is caught on camera traveling fast, so fast but because it's coming from a ways off, the UFO has time to evade the projectile and we can all see it speed up and it's gone! 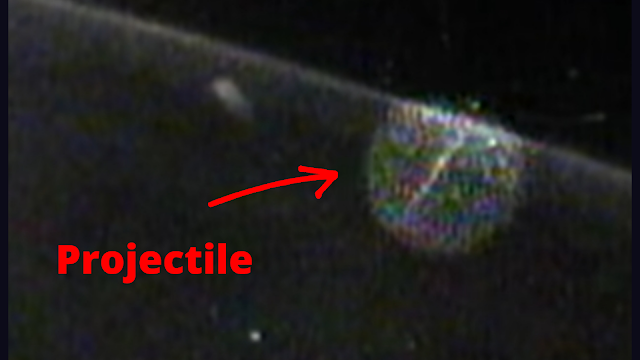 UFOs don't usually get fired upon in any UFO sighting, so this alone is reason enough to put this UFO video in it's own category. It's enough for anyone to ask NASA for answers (like you'd get one lol) but like I said, it's enough to make me wanna ask NASA but instead I've let the History Channel do it because as much as I don't want to admit it, they've got way more persistent people who have got a foot in the door already.

I'm literally stunned by this UFO sighting, we need answers to it because if it is what we all suspect it is, then this is a first! It's a case for space warfare and we need to know what it is that's going on?

NASA answered their questions lol. It's a totally natural phenomena dude, is not what they daid. Well, tgey did but eithout the dude bit. How the hell is a UFO speeding up a natural phenomena? I sometimes feel like I'm losing brain cells when I read NASA excuses you know. My brain feels like a bouncy beach ball been sat on by a private individual. Lol.

A deflated pancake for a once fully functioning brain.

It's the same thing with the US Government when they announced the Tic Tac shaped UFOs. If it walks like a duck, if it quack's like a duck, it's a bouncy beach ball. I'm referring to the UAP videos. They said it's not another countries advanced aerial vehicles technology. It's not a top secret space program or a private companies advanced aerial vehicles technology. They pretty much ruled everything out, which only left UFOs as the only real answer, right. But they just couldn't do it, so they came up with the UAP phenomena. Unidentified Aerial Phenomena. Or, if you've still got any brain cells left after the private individual eventually got off your head, you'll realize that what they're saying is "yes, it's UFOs but for legal reasons we can only go as far as calling it something that doesn't even exist" hence the brand new acronym UAP or Unidentified Aerial Phenomena.

Welcome to the new UFO acronym, you are welcome. Don't forget to wipe your feet.

Here's the brilliant video uploaded to YouTube by the History Channel (all the information and much, much more is in the video:

On September 12th, 1991, NASA captured strange extraterrestrial activity but has since kept it hidden, in this clip from Season 4, "The Nasa Connection".

The History channel has this UFO sighting exposed to the world but is it everything that you think it is? There's always something going on in the world, right? So what if I tell you that these Orb UFO sighting's have been buzzing around the astronauts outside on spacewalks and since at least the "Tether Incident"...

Can you remember the Tether Incident? It's one of the all time favorite UFOs which stunned the UFO community a long time ago. I'll be adding a link 🔗 to this epic UFO post which I wrote about a long time ago. It was described as UFOs swimming around in space, like bird's flying up to the Tether but then flying away just as fast but coming back again for a second, third, fourth look at this strange looking object in "their space" is how I saw this incident.

Look, we're all open to accepting ideas and opinions. Some people actually think about thing's and decide for themselves. 8t really doesn't matter what or how you think, as long as you weigh up the pros and the cons and also as long as your satisfied with the answer that you've settled on? This is all anyone can be expected to believe because if something doesn't make sense to you, you either ignore it and think no more about it. Or, you go back to the drawing board and come at it from another angle. Some people like to go through the alphabet, A, B, C, D and so on, and so on. Word's which can give you another angle, another direction of thought, a new train of thought which is actually a really good way to narrow down answers.

This is a favorite way for me, but you've got to want another angle or train of thought. It's also good for remembering names of people, words are awesome. There's over 171K words in the English language. 171,476 words

The Second Edition of the 20-volume Oxford English Dictionary contains full entries for 171,476 words in current use (and 47,156 obsolete words). Wordcounter.

Please could you share this post with anyone else who has an interest in UFOs, cheers. Also, if you have an opinion on this, please leave it below, thanks.