UFO sighting that happened at the ISS has definitely been identified as an antenna cover from the Russian Zvezda service module.

It's a breath of fresh air to actually identify an unidentified object in space, either way! It's a UFO, it's n antenna cover. It doesn't matter as long as we have a concrete conclusion, right? It's a good thing that research has been done and an outcome has been achieved.
Here's the actual proof that not every piece of debris going past the ISS (even slow and menacingly) is a fantastic UFO. Id like it to be a UFO but we can't start making them up. Here's the epic proof that there's definitely a ton of space debris or lots of space junk going past the ISS and something needs to be done about it "NASA take note please"! 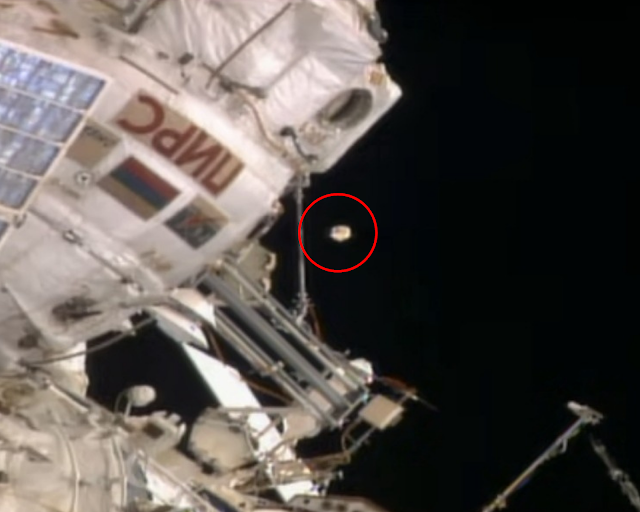 Credit: NASA Johnson/UFO Sighting's Footage/UFO News/Ufosfootage/Canva.
Believe me, I don't know how many other places I looked at before having to settle on the initial assessment from NASA? Just because NASA say's it's one thing, that doesn't mean you cant check it out for yourself - because they have been known for massaging the truth and stretching out the particulars and facts. 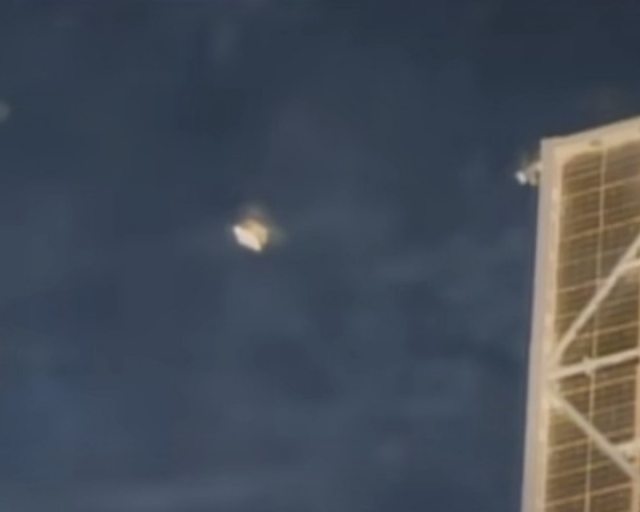 Credit: NASA Johnson/UFO Sighting's Footage/UFO News/Ufosfootage/Canva.
But, I only got suspicious because it followed a blatant UFO cover up and that was because "literally within minutes" NASA had identified the reason, the why and the anomaly itself and that's pretty much a full investigation within minutes. That's a real red flag in anyone's book. Nobody could have taken in all the facts, all the assessments or the video footage alone would have taken many days to compile, to go through and process.
Description:

On the morning of August 19, NASA astronaut Chris Cassidy noticed an unidentified object floating outside the space station, near the Progress cargo vehicle. He called down to Mission Control Houston and took some video of it. Was it a UFO? Not really...Russian ground controllers identified it as an antenna cover from the Zvezda service module.

Just remember guy's, always take into account the time that's passed, the time it takes to process a UFO sighting and whos actually doing the interpreting! The people paying for the processing of a UFO sighting will always have the outcome rigged, it's just the way ot is. You will have the public version of the compiled dossier and then there's the real compilation of the facts. There will usually be a direction at the end or a "what next" and steps to take next...
Related post
NASA Has Hired Priests To Get Humaniy Ready For Possible Alien Contact
This is a great way to show the world why we should be protected, why we should be wary of the Extraterrestrial entities because we don't know anything about them. We know one thing and that's the fact that these UFO surveillance drones have traveled so far, these UFOs are definitely part of a Mothership.
If these small UFO drones have traveled through space without stopping to fill up, if these UFOs where to go through soace without anything so much as a drink of "their choice" then these are autonomous, these are ET drones!
But, with all what we know about technology "especially in the communication department", we know some of the rules behind sending and receiving files, but we're a very young species and sending communication packages, even at intermittent times is like a next generation state of the art intelligence solution. But in reality, anything that we do could be so easily intercepted and made to look like it's gone but it could have been intercepted and destroyed? I'm of the firm opinion that everything has most definitely, 100 percent already been done before. There's nothing that can be undone. Can we even do anything without it been a first?
I genuinely don't think we can!
This UFO sighting was on the Astronauts live feed of a space walk, they record everything as youd expect but everyone jumped on the bandwagon and said that this wasa definite UFO sighting.
Here's the epic video that was posted on YouTube by NASA Johnson, enjoy:
Please share this post with anyone else who has an interest with ufos because this one has been identified. Please like and share your thoughts on this UFO sighting, cheers.
Credit: NASA Johnson/UFO Sighting's Footage/UFO News/Ufosfootage/Canva.