A guy was in his garden when he noticed that people are staring up into the sky. He noticed that they we're all looking at 2 ufos in the sky all good.

This is one of the rare time's that a UFO sighting takes place and the person who has filmed it, has filmed something really special.

The man who contacted Essex Live said he was in his garden when he saw a small group of passers-by staring up into the sky. He wanted to remain anonymous which that's not a bad thing because a lot of people still have old fashioned views about UFOs. In today's world we've come a long way but there's still a sizable group of small minded people who will want to make fun and belittle UFO believers and anyone else who has seen a UFO. 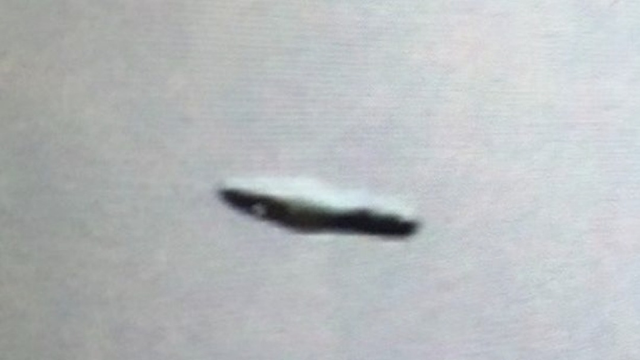 Credit: Essex Live/UFO Sighting's Footage/UFO News/Canva.
Related post
Cube UFO Comes Out Of Clouds Filmed By Eye Witness
The multiple times that people see UFOs in the UK alone is in the hundreds weekly. Out of these, the number of people who film the encounters are limited to just a few. The amount of times that we actually see these are rare. There are plenty of place that give space to people who want to report them like MUFON or NUFORC.
The eye witness doesn't want to be named after the incident but stated that he didn't understand what everyone else was looking at? They were staring up in the sky, it's then that he decided to check it out to which he saw the following UFO. There was 2 of them but it would seem like only one UFO was caught in camera. 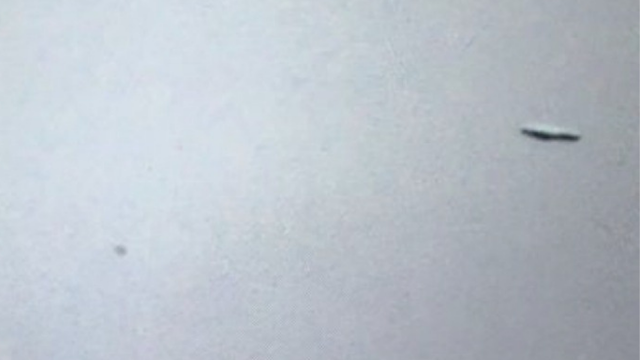 Credit: Essex Live/UFO Sighting's Footage/UFO News/Canva.
UFOs are absolutely real, there's no doubting the little buggers anymore. I've been saying it for years, load's of people have been saying it for years. The only people who have taken it seriously it seems is the people in charge of debunking the real answers. Making the truth disappear and then muddying the waters when it comes to the truth.
Check this link for the full story of the Chelmsford UK UFO sighting.
"When I looked up I saw two large objects in the sky. They were jet black underneath. They were quite big and quite high up. They were sort of rolling over and over in the sky. At first I thought they were bits of a large balloon but they didn't move like that.

"Then I wondered if they were bits of plastic that had got up into the sky but they were moving faster than the wind which didn't make sense. One was almost a cylinder shape and the other was longer. It was very strange."
He said: "There is no way they were aeroplanes. At this point I rushed indoors to get my camera and when I came back they had moved a bit further away but I managed to get a few snaps.

"I have never seen anything like it before. I have no clue what they were. They seemed to be almost linked together as they kept at roughly the same distance apart the whole time."

Well, it looks like there's gonna be some changes in these parts. Hopefully it will get better for you and me to report a UFO sighting or even talk freely about UFOs? I live in hope, we should all live in hope because the will come when it's announced that Extraterrestrial entities are real, and that they are here on Earth. We've all seen the surveillance drones or the Tic Tac UAPs...
Netflix has been making some great documentaries regarding Aliens and UFOs that have been moved from the fringe to front and center.
YouTube description:

Original factual television series featuring the most recent information and proof exposing the most top-secret government projects that handled contacts with and cover-ups of, extraterrestrial presence on Earth

.
Here's a fantastic Netflix YouTube video:
There's a lot of Alien anomalies going on in the world today, the UFO genre has stepped up. You'll probably see your own UFO if you looked up. Hopefully we will all have full Extraterrestrial disclosure.
Credit: UFO Sighting's Footage/UFO News/Ufosfootage/Canva.