The ancient aliens theory is alive and well because archaeology is providing the best evidence that genetic manipulation was going on in antiquity.

There you have it, ancient history is delivering the good's big time and people who have been saying that ancient Aliens where creating hybrid animals are going to be one step closer to proving it.

Here's some real bonafide ancient archaeology that for once is actually interpreting the facts and the people who are putting it all together and into an understandable language are telling us that genetic manipulation"was" going on in antiquity. Along with the origins story, this is right up there with the Gods creating a totally different species side by side with humans "and they did it to enhance the best qualities from each different animal".
Beauty is in the eye of the beholder, we are all beautiful in the eye's of our creator. Just remember that. 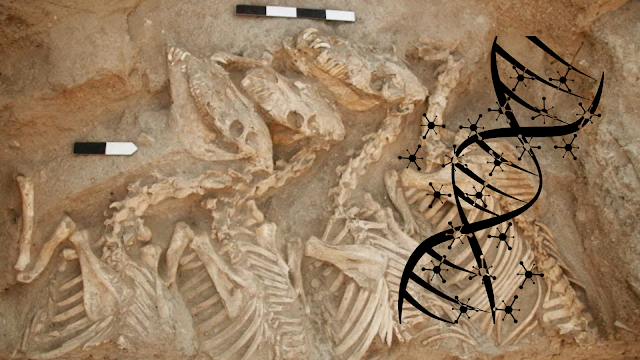 Credit: New Scientist/UFO Sighting's Footage/UFO News/Canva.
Well, I'll tell you right now, discovering this 4 and a half K year old blatant "making new species shenanigans", that's a precedence in itself. That's a starting point in fact, that's what people would call a bonafide real time line where genetic speculation and variation including is very carefully selected (it really was carefully selected) and that the desired qualities, the less desired out and what's left is acceptable or denied through (whatever I wasn't there, sheesh) a set and planned outcome. I'm literally sat here, it's 7 minutes past 1 in the morning, I'm having a vodka and I'm trying to sound like I Know what I'm talking about. I'm obviously not a geneticist, I obviously wasn't alive 4.5K yrs ago.
Oh yeah, I'm not happy!
Someone put all my tryes down on my car and broke the air sensors deliberately that cost me 80 pound. 4 tyres cost me 88 pound each. It's cost me 100 blooming pound because the wheel locking nut won't budge and has broken, and apparently theres only 4 people in the UK that can do it. Going to see a friend cost me a grand "in one day". Plus taxis and recovery of my car. Oh and to top it all off, I've just had the Omicron vax booster and I feel like I've eaten a cactus 🌵 plant. So yeah, I've been having the worst few days.
But I've written this and I actually feel like I've read about as much as I can take for now on the arguments for and against Ancient Aliens having something to do with creating mankind! I hope you enjoy my honest opinions and comments because that's all I can be, is honest. I want to hear about your thoughts on this as well, cheers.
This would be capitalized upon and that this would now be built upon and yes, this is the all important ingredient in the ancient Alien narrative and here's the epic proof that ancient genetic manipulation was "has been" going on since antiquity some 4500 year's ago. I don't think we just stopped there, do you...

The researchers believe the hybrid animals are examples of “kungas”, mysterious horse-like creatures with donkey-like tails that appear on royal seals from early Bronze Age Syria and Mesopotamia.
According to clay tablets from the time, kungas were highly prized and cost six times more than donkeys. They were used to pull royal vehicles and war wagons and as dowries for royal marriages. 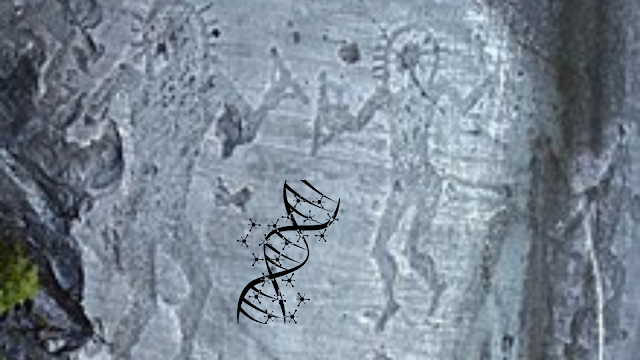 Well, maybe people might see thing's differently now.
Credit: Ancient Astronaut's Wikipedia/UFO Sighting's Footage/UFO News/Canva.
Wow, I'm reading it back to myself and I'm so glad of the understanding that my parents gave me. I'm putting it into word's what I'm reading, but im putting it into common sense and understanding. That's the key to understanding the linking of the ancient Aliens planning and the gene manipulation which brings us from the ancient world right to today's people who are all part of an ancient Aliens historical plan.
Even if it's only one thing that we've linked, even if we now know what human beings where doing with animals 4500 years ago, it tells us that genetic testing, genetic manipulation, genetic variation and gene worship was alive and well underway in ancient times. 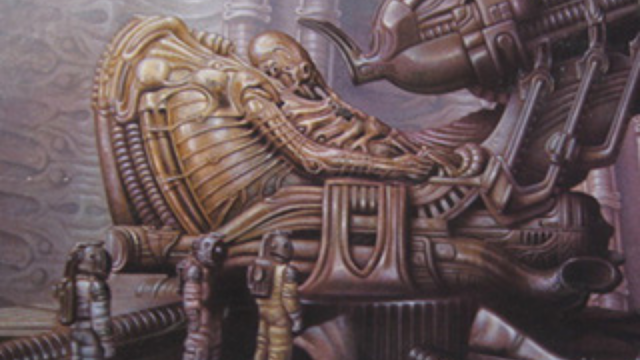 Credit: Google Search/UFO Sighting's Footage/UFO News/Canva.
Who's to say that human gene manipulation wasn't going on? We've demonstrated that we understood the concept wholeheartedly or did we? Was it actually us that did this? Was it Aliens or human hybrids steering humanity and the animal kingdom for 4500 years?

Life should be good, life "is great", the right to love life is our real inheritance.
Lee Lewis

Humans have a scientifically proven, 4500 years time line of where genetic testing and manipulation started (it could have been earlier, watch this space) of which lends to an air of proof that ancient Aliens tampering with the human time lines really, genuinely could have taken place. The ancient mythological Gods creating magnificent beast's, also creating hybridized animals with strange, even bizarre features, crossing species with species and with some having the most unusual skills. Animals with the ability to vanish using camouflage, some unique animals can change from male to female and vise a verse. And then humans started again with Dolly the Sheep. With inhuman strengths and all this is now one step further to being proven correct that it's been going on for thousands upon thousands of years.
What is tomorrow gonna bring because OMG the way this world has been acting like the last 2 years is so out of left field that for starters, we've even touched the surface of the Sun.
I'm opening up the newspapers (not literally because I don't read that brain rot) it's a metaphor lol. But I'm reading about new and wonderful breakthroughs, published papers and news from what I believe is good sources (remember, we're all different with different likes and news sources lol) about exciting new methods in science or emerging new engineering techniques and that the standards have lifted creating new results in many new ways. It's an an absolute breath of fresh air and all of which these last couple of years, I've already mentioned it but we've literally been inundated with many "out of this world" excuse the pun, answers and some have been thousands of years in the making just like discovering the childhood home of Jesus Christ. 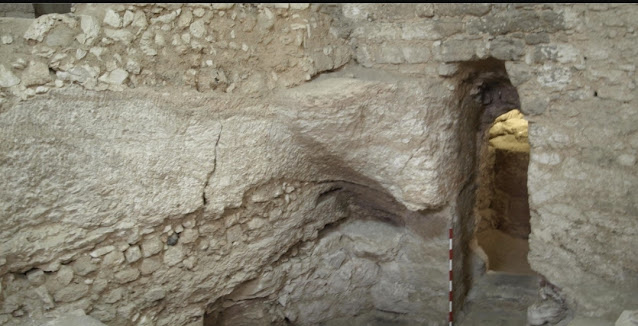 Hybrid animal in 4500-year-old tomb is earliest known bred by humans
Early Bronze Age people in Syria crossed donkeys with wild asses to make prized horse-like hybrids, demonstrating advanced understanding of animal breeding. The bones of horse-like creatures unearthed in a 4500-year-old royal tomb in Syria are the earliest known hybrid animals bred by people, with DNA sequencing showing them to be crosses of donkeys and Syrian wild asses.
The discovery suggests that early civilisation in what is now Syria was “really advanced technologically”, says Eva-Maria Geigl at the University of Paris in France.

The argument for ancient Aliens creating human beings has in my own opinion moved a million miles closer to being proven. The answer to anything is the sum of all the variations.
Here's a great YouTube video by Talltanic that shows us how 18 genetically manipulated organisms that "already exist". So yeah, it's already underway, it's already happening and this is just what we know about, what about the one's we don't know about:
It's so hard to stay on subject especially when it's ancient Aliens tampering with human genomes or evidence that says definitely that human beings where genetically engineering Kungas...
Actually, all that really shows is that human beings and these hybrid animals existed at the same time. I've found nothing that specifically states humans where responsible for genetic testing and manipulation on these "Kungas" and that's
Credit: New Scientist/CBS/UFO Sighting's Footage/UFO News/Canva.