This is a fantastic UFO sighting that was witnessed by many people who are all talking in this video. The UFOs or Orbs are balls of orange light's.

It's time the Government (any of them at this point) opened up on what they all know about UFOs because the US hinting that they're here basically means that they just want to control the flow of information.

I know people have already asked this before of the world's Government's and as yet we've only had this kind of real response "here's some UAP Tic Tac videos, you decide" is it really an answer? I suppose it's a million miles from where we were last time I checked, so yes after thinking it through it's gotta be that it's a good thing. The video below shows people talking about the UFOs identity and openly talking about just what they might be? That's a really good thing because it means people are openly talking amongst each other.  They might never have talked to each other before and especially about UFOs!
Related post
Triangular Glowing UFO Formation Spotted In Italy November 2nd Just over Week Ago
Story:
Canada, or more specifically just one Canadian politician The Honorable Paul Hellyer has probably given more to Ufology than most other people on Earth especially if we think like this; Paul Hellyer got to the highest rank publicly while sticking his neck on the line and career don't forget, all the while he's getting the spotlight focused on the UFO genre as a whole. He was the Canadian Defense Minister which if you still haven't worked it out yet then, this guy was literally sat at the top of one of the best militaries in the world. His say so was making and breaking world events. So, when this guy puts his neck on the line, as a G8 member and say's Aliens are real and everyone else should know. That's when we start to listen!
So I'm leaning towards this being a very real multiple UFO sighting.
The Canadian Defense Minister! It doesn't get any bigger than that. 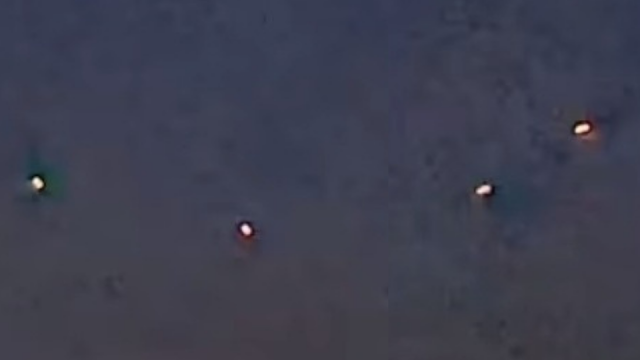 Credit: New York Post/UFO Sighting's Footage/UFO News/Canva.
The Honorable Paul Hellyer has been referred to as the highest ranking UFO and Alien believer but I'm pretty sure that this is just a public fact whereas if we was to take into account the undercover believer's then maybe, just maybe 🤔 that title would go to someone else... Now that is food for thought.
Vice quote:

The World's Highest Ranking Alien Believer
Paul Hellyer recently stirred up global controversy when he testified before a half-dozen former US representatives that aliens exist. As Canada's former Minister of Defence, Hellyer is the first and only cabinet-ranking official from a G8 nation to publicly state a belief in extraterrestrials. 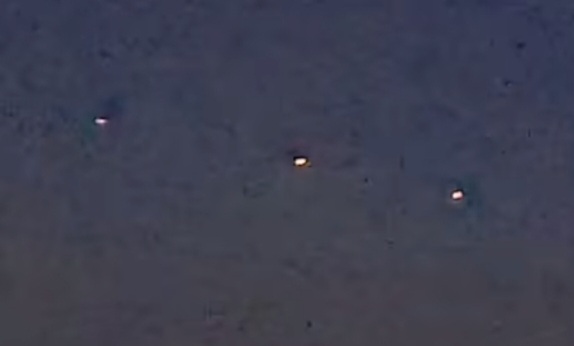 Credit: New York Post/UFO Sighting's Footage/UFO News/Canva.
There's no way that the Government released multiple UFO videos saying that essentially Alien's exist, that these UAPs are real but they don't know where they come from?
I'm not in agreement with this information at all because as we all know, the Government has proved that they say thing's when they know the opposite is true. They must have continued with their surveillance cameras in the on position.
They must know more about UFOs because these UAPs and UFOs being such a huge security threat the likes of which the whole world has never seen before, there's no way that the people in charge just packed up and said "well, there's nothing else we can do, lets all go home".
Here's the epic video that was filmed by a lady outside of her house on Avalon Peninsula in Newfoundland and Labrador, Canada:
This is the description that is with the YouTube video, it's a good video and it's pretty much straight to the point which is always a good thing.

Five UFOs were spotted in the skies of Carbonear, Canada, as spectators debated what the floating orange lights might be. "They're way too big for Chinese lanterns! They're way up the sky! Chinese lanterns are small," one woman said. The otherworldly video was shot on phone outside a home on Avalon Peninsula in Newfoundland and Labrador.

UFO News YouTube channel is up and running, check it out if you get a spare moment, thanks.
Thank you for stopping by UFO Sighting's Footage it means a lot. If you could share this post id really appreciate it, cheers.
Credit: Vice/New York Post/UFO Sighting's Footage/UFO News/Canva.