Guy's, this is a spectacular Alien Interview with Aliens by telepathy. A S. Master Sergeant has come forward with evidence that she interviewed Alien.

Alien's we're rescued from the Roswell UFO crash site and it's a first hand story according to the excerpts from the notes and documents of Matilda O’Donnell McElroy, Senior Master Sergeant Women’s Army Air Force Medical Corp.

Check out this video about Senior Master Sergeant Women’s Army Air Force Medical Corp Matilda O’Donnell McElroy and how she came forward to say she was the only one able to interview a recovered Alien from the Roswell UFO crash site.

I believe it because she's not got a reason to lie? But she did have everything to lose, right? That's why I'm gonna give this story the benefit of the doubt.
Credit: Howandwhy's/charlie chan YouTube Video/UFO Sighting's Footage/UFO News/Canva.
She interviewed an alien named "Airl" who told her where they had come from and why they came to the Earth. Hold onto your mind because this is gonna blow your mind into next week. Imagine Earth circa 30 thousand years ago, Earth was a prison planet.

She noted that the alien was the size of a small child and was the only survivor among the three crew members of the ship that had crashed in New Mexico. Her body was made of synthetic material, which means she was an alien robot controlled by the higher-order being.

I  know that you've probably heard that mentioned before that the recovered Extraterrestrial entities from the Roswell UFO crash site was the size of a small child, right? Well, this is a Senior USAF Master Sergeant Women’s Army Air Force Medical Corp and it's not a usual thing for these distinguished people to lie! Sorry but it's just the way it is. I'm inclined to believe that this lady did indeed interview Aliens and what they told her about how Extraterrestrials came to be on this planet in the beginning. Earth was a prison planet. Also, because the US Government has admitted to UFOs been real, why are they been selective? Is it because of implications do you think? That new UFO videos have been recorded by the fighter pilot's, they could have been singled out and put aside to disclose to the public because there's nothing connected to these? There's no wider or bigger picture that goes with releasing these to the public?
Related post
Head of NASA Bill Nelson Said That UFOs Could Be Alien Technology
Unlike the other UFOs (NASA ISS for instance) which have insinuations and things attributed to them like NASA covering up live feed UFOs and by not saying anything is tantamount to admitting it. Whereas this UFO encounter has been sealed off from the public knowing about them until the US Government declared that they had them, they controlled the story, the facts right up until the day of release came. 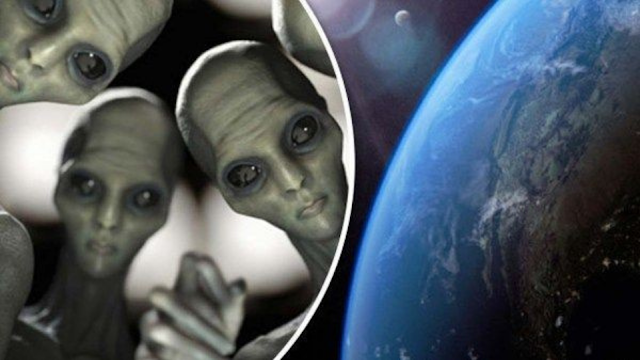 Credit: Howandwhy's/charlie chan YouTube Video/UFO Sighting's Footage/UFO News/Canva.
Other UFO Incidents are usually very public, people have given statements, eye witnesses have given reports etc. That's not a controlled Government story and if they say one thing but it became obvious that's not the case, the Government is then in a situation. And, the UFOs that are active but we don't see them, hear them well, nobody knows they are there. If the Government is gonna release UFO videos, it sure as heck is gonna control the narrative! Which they have and now people cannot even remember that the US Government released anything and are still asking if UFOs are real, it seriously beggars belief.
Anyway's, Senior Master Sergeant Women’s Army Air Force Medical Corp Matilda O’Donnell McElroy absolutely didn't have to come forward with this unbelievable Alien story and because it's straight from the horse's mouth so-to-speak, we must take this as seriously as a sworn affidavit. It's invaluable to anyone interested, invested in Ufology and it's most certainly historic and this lady had the foresight to record her testimonials about her experiences with Extraterrestrials upon this Earth and how they came to be here, on Earth. 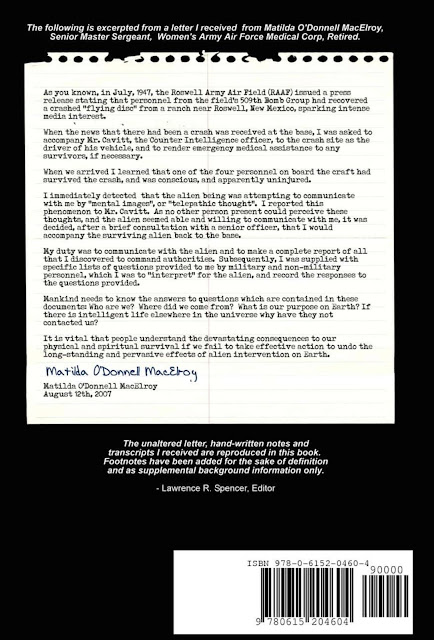 Matilda was only 23 years old when she interviewed the alien through telepathy. She was the only person at the base who had the ability to talk with beings through the mind. In her interview with Airl, she found out that the alien was not a biological being, had a female-like appearance, and also had not been injured during the crash. She noted that the alien was the size of a small child and was the only survivor among the three crew members of the ship that had crashed in New Mexico. Her body was made of synthetic material, which means she was an alien robot controlled by the higher-order being. According to the book “Alien Interview” (2008), which is based on the notes and documented interviews by Matilda O’Donnell McElroy, the UFO was made of the same material as the alien body. It was controlled by the mind and thoughts.

Check This link out just above highlighted and underlined for the story. It's absolutely amazing, it's eye opening and if it's true then we now know why humanity is such a young species on such an old planet. I've often wondered about this kind of stuff, why we're here on Earth, why Earth and why our history only goes back so long? It's like the dark ages, it's called "the dark ages" because that's literally what happened. The Earth wasn't keeping a record, everything fell silent, it was almost as if someone just turned the lights off hence "the dark ages" there's no information, there's hardly anything of historic value.
Here's the amazing YouTube video uploaded by charlie chan (Lower case letters) YouTube Channel:
Please share your thought's and opinions also any ideas that you might have about this amazing Alien being's recovery from the Roswell UFO crash site. I'd also appreciate it if you could share this post with someone who you think would appreciate it, cheers.
Credit: Howandwhy's/charlie chan YouTube Video/UFO Sighting's Footage/UFO News/Canva.