This is a great find, it's a definite anomaly. Greece has a possible UFO Alien base in it's waters. Extraterrestrial top secret base on Google Earth.

Thank's to Google Earth we've now got "another" amazing UFO for the history records which will last in the records and book's yada yada for eternity.

This is one of the finest examples of Unidentified Submerged Object's. Just off the coast of Greece lies a great USO of which nobody knows how long it's been there, what it's doing there and nobodyknowsif it's man made or Alien made. We've brought you highly possible UFO's like this one before, for instance just like the hovering UFO over a field in Mexico which I'll add an image of at the bottom of this post. 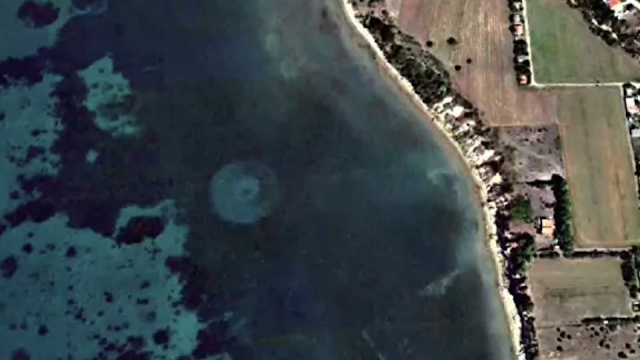 Credit: Google Earth/UFO Sighting's Footage/Sputnik News/UFO News/Canva.
Related post
Most Real Looking Flying Saucer Absolutely Stuns The Eye Witnesses In This Epic UFO Sighting
Here's the video I recorded (below) of the, actually what I can only describe as bizarre Alien base entry point. I'm backing that quick assessment with this simple point, UFOs must go somewhere, right? When they've finished or have to sit off out of the way from been detected etc. They must go somewhere else entirely to get off the Governments radar and the military now know for sure (way before the public knew) so you can guarantee that these UFOs are well aware that they're busted. 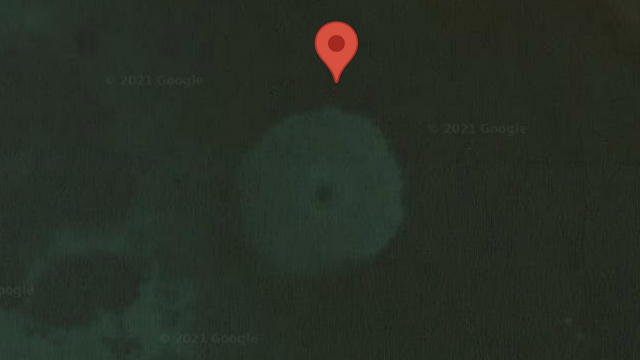 Credit: Google Earth/UFO Sighting's Footage/Sputnik News/UFO News/Canva.
Everyone is aware of the UFOs caught on fighter pilot's Flir cameras with and I must stress this point that the UFO Tic Tac's could only be seen through the Forward Looking Infrared cameras. The pilot's chasing them around the sky and in and out of the water couldn't even see them with their normal camera vision but as soon as they flipped the switch to Flir, the UFOs or to call them by their official name UAPs was lit up like a Christmas tree! So, the two things don't add up really. Why would a UFO erm sorry, UAPs need a base to hide away from the military etc if they can't even be seen?

"Google Earth can prove to be a valuable tool for those UFO enthusiasts who like to scroll over the detailed images of our planet in a bid to spot some evidence for the existence of extraterrestrial life - and the most eager ones usually find it."

It does however make sense if we add to the mix that there's more than one type of UAP and UFO which is completely backed up by all the many, many different examples of UFOs caught on many people's cameras. Just alone the International Space Station has had incalculable numbers of UFOs either at the ISS or passing by the ISS. Some of these UFOs have come so close that they could be touched from the ISS.
Related post
Leaked Military Plane Chasing UFO | Best Evidence Ever Seen
This all leads me onto the other part of this story. Some of the UFOs and UAPs were small. Almost as if they were drones or autonomous aerial vehicles which more than likely never travelled through space? Which, if they didn't travel through space then how, what, when and why are they here!

Does the Greek Government know about this strange structure under the water off the Greek coast? Because, I'm guessing the Americans told them because if it's Extraterrestrial entities related then the USA will know. Why do you think every country in the world bows down to the US even with Biden in the White House? It's because of the Extraterrestrial cooperation and how favorable they look upon the US. Extraterrestrial slash USA historic cooperation and treaty.
Here's the YouTube video which I created today not long ago and it's a short and straight to the point video, I hope you enjoy it:
Here's the coordinates and link to the USO - UFO Google Earth Alien base:
40°27'04.6"N 22°51'39.8"E
https://goo.gl/maps/DZCxTA8rKfwCLdSFA
Please share your thought's and opinions also any ideas that you might have about this amazing UFO era sorry, possible UAP and USO underwater Alien base. I'd also appreciate it if you could share this post with someone who you think would appreciate it, cheers.
Here's the UFO in a Mexican field caught on Google Earth also: