Leaked Footage of Debris From A Crashed UFO

In 1947 a UFO crashed in Roswell New Mexico and the Air Force recovered UFO debris and supposedly Alien being's that were very small. UFO is real.

This leaked footage looks like it was deliberately filmed to examine exhibits and show the different pieces probably as part of a cataloguing system.

I've actually seen the colour photo's of the Air Force News circus from the very day after the Roswell UFO crash. They paraded a load of paper and tinfoil with thin wooden sticks but nothing like this content was paraded in front of the whole world's News media that day. Also, it's understood that Alien beings were recovered from the Roswell UFO crash site. You've got to understand that the day before this news circus, the United States Air Force had just announced that a UFO had in fact crashed.
Related post
Actual Physical Proof That Extraterrestrial Exist With A Real Alien Skull
There's so much information about the Roswell UFO story and it's never gonna fit into this post. So, I'll focus on this specific video with the UFO debris and I'll show the photo's with my own personal thoughts and opinions. I hope you like this video. Every single News outlet from Taiwan to Torbay and from there to here and here to everywhere all wanted a journalist there covering it. Don't forget that this was the biggest revelation since the invention of the wheel or just as important information as anything else could possibly be? People now had confirmation that we are not alone in the Universe.

Although it was briefly, that answer coming from the Government was enough to bring a cold shiver to mankind. Knowledge of such things as this must have made some people wonder just who was their neighbours really...

They didn't have time to change their opinions because the next day it got retracted and a weather balloon was torn apart in the WC by the Air Force personnel and paraded around for the media to photograph because "woops" the Air Force had made a huge mistake. Anyhoo, check out these amazing UFO photo's and this stunning crashed UFO debris video. 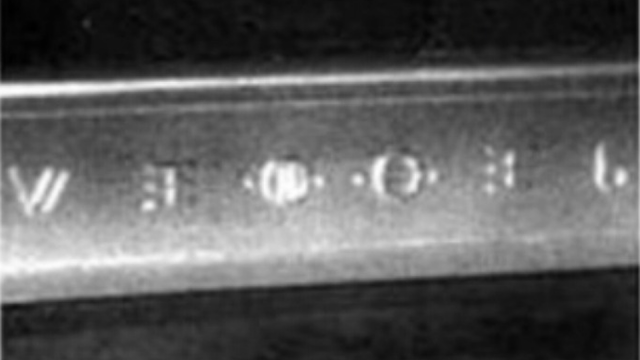 Credit: NowYouKnow YouTube Video/UFO Sightings Footage/UFO News/Canva/Wikipedia.
The pieces that I see here just below looks like they've been deliberately cut, take this exceptionally Alien looking piece of "Cross beam" which could be from a super structure of an Alien craft, say for instance the Roswell UFO crash. Would you agree that it looks like it's been deliberately cut? 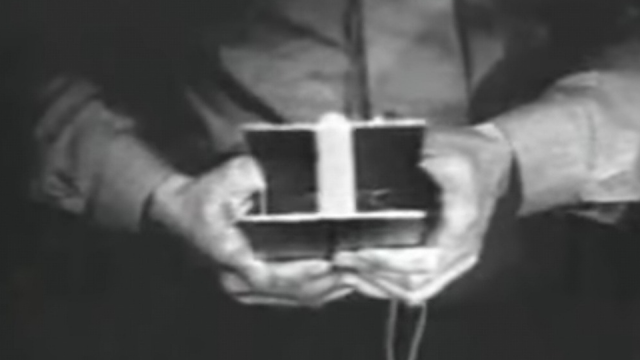 Credit: NowYouKnow YouTube Video/UFO Sightings Footage/UFO News/Canva/Wikipedia.
It's leaked footage which insinuates the video wasn't intended for anyone else out of that specific agency yet they're showing off the pieces as if showing them to someone outside of the agency. But believe it or not, that fit's in perfect because if it's a cataloguing video it means that different departments within the agency can have copies etc and still keep a compartmental system in place.
Related post
Alien Secretly Recorded Flying A Spacecraft And Moving Around Inside
They all each go off in their own directions and discover what they can by meeting with metallurgy experts and some will figure out the metals, some will find out where they originated, what's the latest in each field etc. I suppose it's one way of whittling down the list of possible countries that could if created this. I say that so that they can definitely rule out other countries advanced weapons or advanced aerospace systems. 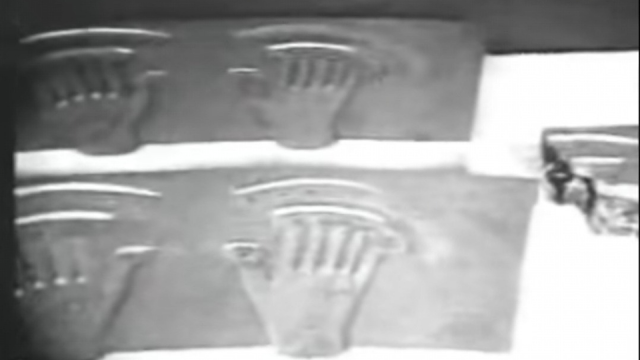 Credit: NowYouKnow YouTube Video/UFO Sightings Footage/UFO News/Canva/Wikipedia.
I'm not sure how an agency like the Pentagon or NASA etc would come to an Extraterrestrial vehicle or if it's a straightforward process but logically thinking, nobody can just take one look and say it's UFO technology and the metal is from the frame. So, the process I listed earlier is more than likely gonna come into effect? Seek out the experts, have small snippets of information about a small conundrum and eventually the bigger question will be answered and in such a way that every single possible solution will be covered.
That's exactly why the compartmental system was started. Secrecy as well but overall, it's to further the information on any given task broken down and intensely studied. The theory that no - one person can know everything is still valid, but also all these little compartments of information will build up a super, well researched picture. 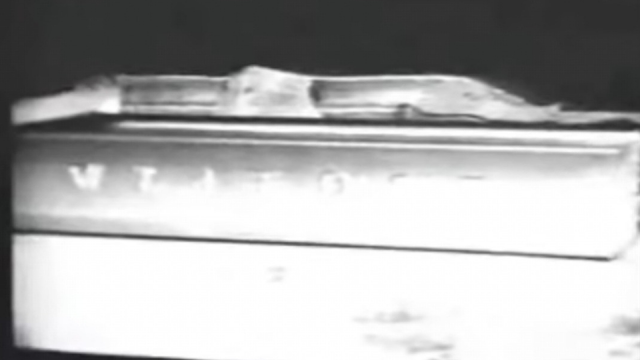 Credit: NowYouKnow YouTube Video/UFO Sightings Footage/UFO News/Canva/Wikipedia.
Here's the actual real bona-fide proof that Alien's exist and that's not a joke, that's reality but it comes with a twist. This awesome video below was leaked and because of that, we can't verify it as real or otherwise.
This UFO crash was and still is the most famous UFO event to ever have happened in history. I'm quite sure that it's a prime target for anyone looking to poke fun at the believer's of UFOs and Aliens alike. But I honestly can't think of anything or any reason why someone would fake a video of the Roswell UFO? Unless money is promised or paid up front even for a found footage style of Roswell video, then why would someone fake a convoluted prank like this? I might have just answered my own question there because money is the biggest motivation alway's.
What's your thought's on this video and the supposed crashed and recovered UFO debris? Just remember that the US Government declared that a UFO had been recovered, but the very next day they retracted that story, so just remember that they could have been told by the power's that be to retract that statement, now!
Here's the full YouTube video by NowYouKnow:
Please share your thought's and opinions also any ideas that you might have about this amazing UFO Spaceship that crashed and was recovered in Roswell New Mexico. I'd also appreciate it if you could share this post with someone who you think would appreciate it, cheers.
Credit: NowYouKnow YouTube Video/UFO Sightings Footage/UFO News/Canva/Wikipedia.