The day's of NASA going out of their way to cover up UFOs, I'm thinking that they're over? I can't put my finger on it but I think it's happening.

NASA UFO sighting that happened while they was live, with anyone watching been able to record the encounter, and someone did just that...

They (NASA) don't even bother to hide it anymore if a UFO or multiple UFOs are right near Earth or their orbiting science base, it would seem? Pretty much since before 2012 they used to be frantic about hiding anything that suggested an anomaly or a UFO. And it was a lot harder to catch a UFO sighting on their ISS live feed. But nowadays it's like they want us to see it, to see anything that supposedly shouldn't be there. Either their live feed equipment has got better (which I'd understand) or that full Alien disclosure is in full swing now and I'd definitely appreciate that, we all would because it's something that we all should know.
Related post
Cube UFO Comes Out Of Clouds Filmed By Eye Witness
We are seeing more and more UFOs and that's probably because they're absolutely everywhere. I could say I'm done, stick a fork in me I've had my fill. But there's still so much research to do "and see" plus the experience of Alien disclosure is gonna be well worth it. We've just had UFO disclosure with 3 UFO videos been released which finally got clearance! So why not Alien disclosure. Some would say (me included) that UFO disclosure is Alien disclosure, but I want them to say it, to announce it so there's no confusion. 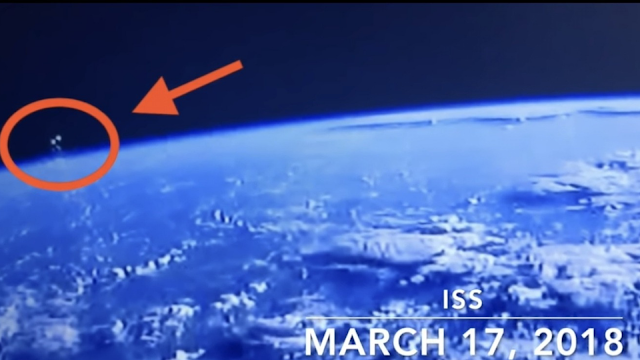 Credit: Independent. NASA. Express. UFO Sighting's Footage. UFO News. Canva.
This UFO sighting happened while they were above Western Australia on the 17th March, 2018.
Probability, my own thought's;

That day when the UN Secretary General, delegate's and the US, UK, China and Russian representatives (including others) shall stand together to inform their respective nations that contact with another "civilization" (oh believe me that word is key) has been established.

Here's an actual article about this very subject that was published just a few months ago:

Various representatives of the space agency – including its chief scientist, James Green – noted that the interest in any such announcement is likely to be very high. What’s more, there is the real possibility that life beyond Earth could be discovered relatively soon, they note.

In the Express online it state's that these UFOs where "monitoring" the International Space Station and while the ISS tried to get closer (a bit risky) the trio of UFOs then started to move away. It definitely looks like there's something else going on with the mysterious three white lights just above the Earth. Their ability to manoeuvre suggests that they did see that the ISS is moving in closer, if there's no visible window for "something" to look through, then it must be using another ability like a measuring laser (just as an example).
Related post
UFO Shocks And Stuns Pilot | What's The Implications
We've come so far to go yet because of what ive just wrote, it still sounds Alien, it still sounds like a frightening experience, right? But it's absolutely not and it's a good thing. NASA has been trying to establish a connection to any outside species with everything that they have at their disposal. "We" mankind, nohumanity has sent out many satellites, probes, cameras upon cameras and telescopes. 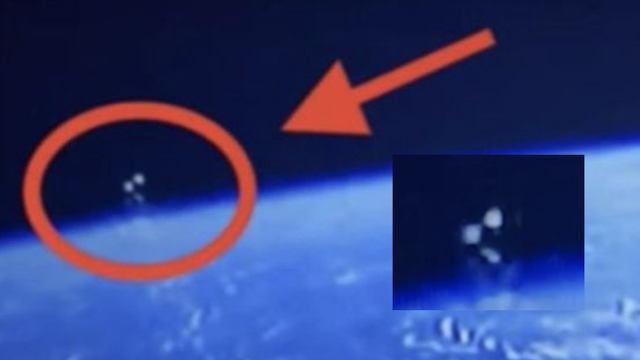 Credit: Independent. NASA. Express. UFO Sighting's Footage. UFO News. Canva.
A kind of silent disclosure "of sorts" but it's working. The scientist's at NASA might be asking questions amongst themselves, but none of them are overly cautious about UFOs. They can't be, can they if we're all getting exceptional footage like this as an awesome example. Which leads me to ask, "is full Alien disclosure on the horizon?"
Here's the brilliant video of the triple UFO incident occuring just near the ISS and when it moved closer, the 3 UFOs was clearly watching because they all then moved away from the now approaching ISS:
Please like and share this post with someone who you think might appreciate it, cheers. Also if you could leave your thought's and opinions in the comments section that would be great, thank you.
Credit: Independent. NASA. Express. UFO Sighting's Footage. UFO News. Canva.