The UFO in this interesting video comes into view and it looks like it's gonna carry on going past the ISS but it turns around and goes back.

In this brilliant UFO video we see a UFO flying up to the ISS and it then seems to have enough or it got what it wanted and left the same way it came.

It's a strange UFO incident because for the same reasons I've given to most of the other NASA ISS UFO incidents! NASA will not, will never, ever for one second look into any UFO sighting at the International Space Station. 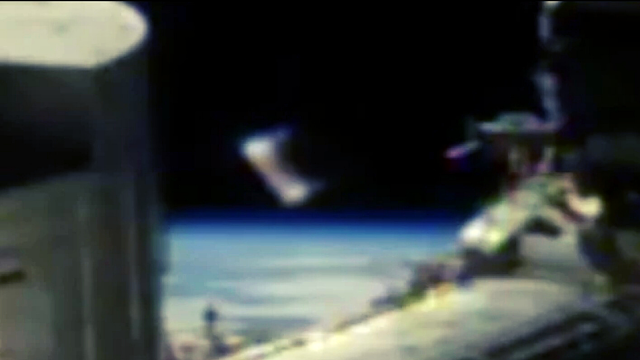 Credit: UFO Sightings Daily YouTube Video/NASA/Atlas Obscura/Pew Research Centre/Futurism/Sightings Footage/UFO News/Canva.
If I've said it once I've said it a thousand times, NASA pretends to look into the possibility of Extraterrestrial entities or life in space, beyond our Earth, but is sure as heck won't even comment on a UFO sighting let alone look into one. It's their prime directive, well it seems microbial entities are what they specifically want to look for just because it's an educated guess that's what's out there. It doesn't matter what turns up at the space station  they don't seem to care (based on inaction) because they don't look into them even if one comes right up to the International Space Station and ring's the doorbell, it seems they will ONLY entertain microbial Alien life. But in reality ie behind closed doors not one UFO Incident gets looked into from the ISS live camera feed and I know that because they haven't released any papers on it. Hence, they ignore these obviously Alien visits.
Here's another fleet of UFOs passing by the ISS which is relevant information to the post I'm writing now. There's that many UFOs at the ISS that as a public who knows about it, the least NASA should do is look into it? 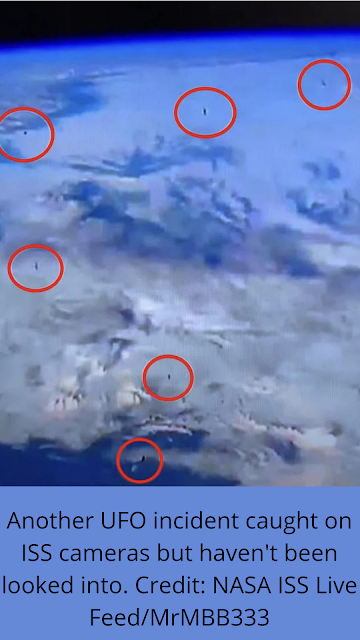 Credit: The Sun/NASA/UFO Sightings Footage/MrMBB333/UFO News/Canva.
They do the Ostrich putting it's head in the sand routine and deliberately, yes I said deliberately turn off the live feed. It's happened so many times before.
Related post
Cosmonaut Yells "It's A Ship" Referring To A Large UFO Next To The ISS
It's strange because when a UFO comes into view, NASA engineers turn the screen off and a "blue screen with writing comes up, we're experiencing technical difficulties" blah blah blah. It should read, we're expecting technical difficulties more like! Even though the US Navy has released UFO videos on behalf of the DoD (Department of Defense) NASA seems to be going their own way on this UFO non disclosure disagreement. 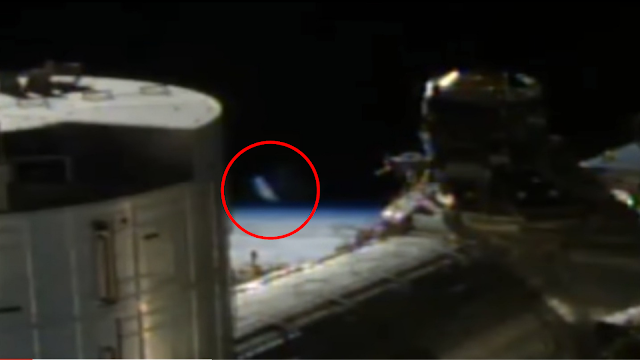 Credit: UFO Sightings Daily YouTube Video/NASA/Atlas Obscura/Pew Research Centre/Futurism/Sightings Footage/UFO News/Canva.
The UFO comes into view and it looks like a fuse for a plug in a Cigar type shape with flat end's at opposite sides. It's silver at both of the opposite end's and there's a gold looking band or stripe around it's middle, top centre. As It slowly emerges from the inky blackness of space it does so with an ominous looking approach as if it's sneaking up? Maybe it's done this before at another planet, to another Alien species going about their initial first steps into becoming a species that can leave it's home world?
Just like:

The Kardashev Scale - Type I, II, III, IV & V Civilization. We have reached a turning point in society. According to renowned theoretical physicist Michio Kaku, the next 100 years of science will determine whether we perish or thrive. Will we remain a Type 0 civilization, or will we advance and make our way into the stars?

This is a great read, please, you should check out the Kardashev Scale it's so fascinating and enlightening in words that even I understood, lol. Check out this Futurism link.
It gets right up to the International Space Station about a couple of meters above it, and then for some unknown reason it literally start's backing away from the ISS. I'm not an engineer of rockets but I do know that what this UFO just did, it's impossible in space without intelligent intervention in that same scenario.
We don't see a thruster anywhere on the UFO or at anytime we don't see any other type of propulsion systems for that matter that are used to help steer or fly forward and backwards that space craft. Yes, it's now a craft because it's got to be under control either pre planned or autonomous. Maybe, just maybe there's an Extraterrestrial inside of this UFO because let's face it, expecting an Extraterrestrial to be the same size as humans is presumptuous and it's based in opinion only!
I hope we're looking at a real,  bona-fide and unmistakable UFO? I know it's strange to put unmistakable with the word hope but it's in sequence. It's an unmistakable UFO, but I just hope that NASA looks into it, gets the information it knows it can get and openly admits that a UFO approached the ISS... That's the reason why I put what I put and why I wrote that. But we all know that the probability of NASA analysing it, looking 8nto it heck, the chances of NASA acknowledging it is slim to none. And, I get it. NASA only deals in science, NASA is accountable to the US people and the US people don't expect their funds to be put into looking into UFOs.
Well, I kinda led you down a path there because statistics show that 65% of Americans believe life exists in the universe. The research was conducted by Pew Research Centre.
Quote:

A smaller but still sizable share of the public (51%) says that UFOs reported by people in the military are likely evidence of intelligent life outside Earth. Most of this sentiment comes from people who say that military-reported UFOs are “probably” evidence of extraterrestrial life (40%), rather than “definitely” such evidence (11%), according to the survey of 10,417 U.S. adults, conducted June 14 to 24. On the other hand, 47% of Americans say the military reports are probably (36%) or definitely (11%) not evidence of life outside Earth. Perhaps not surprisingly, those who think there is intelligent life outside Earth are more inclined than others to see military reports of UFOs as evidence (69% and 16%, respectively).

It's not surprising that NASA say's it's what the US people want, but even so, looking into UFOs is a real and modern belief system. We've had UFO Disclosure so I think we can handle the truth. And yes it is a belief system with many varying degrees of knowledge. Believing in UFOs is a tenet of believing in Extraterrestrial entities or Alien's if you will. It's a "part and parcel" so-to-speak because both most definitely go hand in hand and some would argue that you can't have one without the other? I'd have to agree unless I disagreed based on something that I don't know, yet. Unless your of the opinion that Extraterrestrials have been here all along living amongst us or living underneath us in secret underground bunkers. Or that the US Government is secretly hiding Alien's away at Area 51 or S4 or Denver International Airport, actually - at any of these 17 supposedly highly secret Alien bases posted by Atlas Obscura. And yes, it's not lost on me that it's ironic to call them secret if the public knows about them. Just like the highly top secret Area 51. Don't laugh it'sa secret shush! 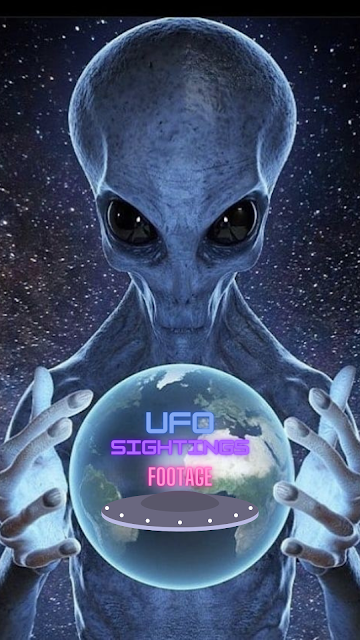 Credit: UFO Sightings Footage/UFO News/Canva.
Let's all hope that one day NASA opens it's arms to people who want to know the truth about UFOs, Alien species, structures in space and also if anything else has been kept from humans for their own good?
Here's the full UFO video uploaded by Scott Waring to YouTube:
Please share your thoughts on this amazing UFO sighting filmed at the ISS turning up but flying back away the same way it came to the ISS, cheers.
Credit: UFO Sightings Daily YouTube Video/NASA/Atlas Obscura/Pew Research Centre/Futurism/The Sun/Sightings Footage/UFO News/Canva.