So Many Different UFOs During Soyuz Expedition To The ISS

When I first saw this UFO video, I had to watch it a couple more times because I couldn't determine which UFO the title was referring to, until I realise that there's multiple UFO Orbs and craft's.

The first multiple UFO sighting happened at 0:30 seconds into the UFO video. It's a multiple UFO train where it actually seems to come from behind the Soyuz craft which is moving backwards manually from the ISS. 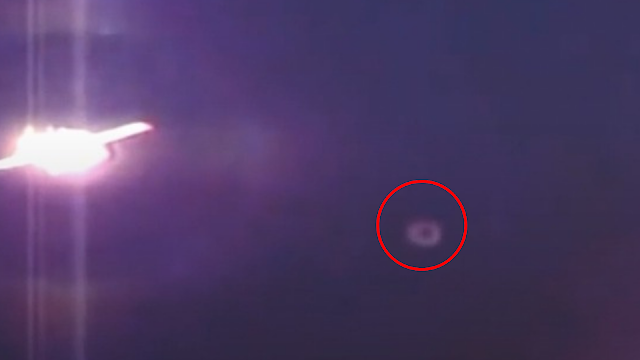 Credit: NASA ISS/Roscosmos Soyuz/Enigmas en la Historia ▬Ovnis Actuales YouTube Video/UFO Sightings Footage/UFO News/Canva.
Three UFO Orbs in a straight line and get this though, this is 2015 so it's definitely not, the Elon Starlink satellites train. These 3 UFOs are clearly not coming from the right of the screen because they appear from the Soyuz which is in the middle of the screen. Are they already moving with the Soyuz while it's moving towards the ISS, maybe and possibly, but then all 3 of the UFOs make a sudden bolt for it, straight out in a straight line? Because I genuinely don't think it's ice particles from the maneuvering thrusters on the Soyuz craft, I'm gonna say that these might have hitched a ride along with the Soyuz? I mean, who knows because look how close all these UFOs are and CLEARLY NASA hasn't seen them, neither the Russians!

And don't forget that the 3 UAP videos showed us beyond our wildest dreams that these UFOs can use technology to be invisible! We could only see them in Flir (Forward Looking Infrared) so it's possible, anything is possible when we take into account what we already know, or should I say what is now a "fact".

They are a lot, lot smaller of which I acknowledge there's a lot of ice particles from the thrusters. I understand also that the answer of it being ice particles fit's the question perfectly, but there's always scoe for 2 answers and just because the ice crystal particles fit's nicely, we still need to keep an open mind and here's why I say that: 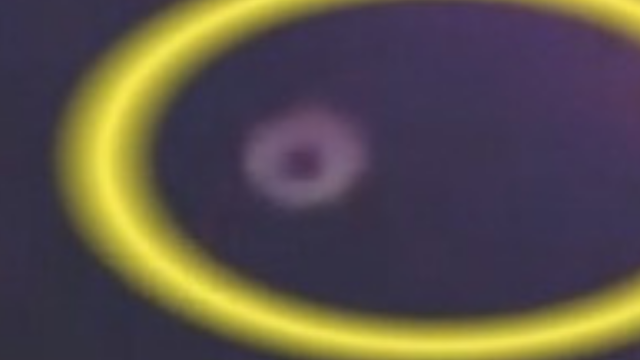 Credit: NASA ISS/Roscosmos Soyuz/Enigmas en la Historia ▬Ovnis Actuales YouTube Video/UFO Sightings Footage/UFO News/Canva.
The particles of ice which result from using the thrusters to maneuver the Soyuz are consistently smaller in this video than the 3 "consist and same sized" UFO Orbs that fly away from the Soyuz. So basically all the ice particles are the same size and so are the UFO Orbs which are bigger.
That's why we need to keep an open mind about this UFO encounter, even though it could seem like we have our answer, initially... Watch this space lol. Also, the UFO Orbs are perfectly distanced apart from each other as opposed to the ice crystal particles which are haphazardly spread out,no rhythm or reason and definitely not spaced out perfectly with the same distance between each particle. It's always the finer, smallest details which can win the argument and the thing about the small details are that they don't pick sides, they fall where they fall so-to-speak.
Related post
Massive UFO The Size of a Planet on NASA's Stereo Telescope Satellite
Then at 1:10 seconds another set but from the other side, these could be UFOs or ice particles? You'll have to agree or disagree on this one because the answer isn't as clear as it is on the first UFO sighting. Then at 1:15 another UFO Orb flies past, and at 1 minute and 25 seconds the star of the show turns up and this Doughnut UFO is literally defying any laws of physics. The Doughnut shape UFO enters the screen from the bottom and flies upwards but turns (I am not kidding) and it turns downwards. It does a up, down motion while flying across the screen from left to the right and you, me, the whole world can see this UFO actually shaped just like a Doughnut, we see a craft in space defying all that we know about physics - unless, what happened in this UFO video between 1 minute and 25 seconds and 1 minute and 32 seconds is a figment of our collective imagination, then that's 100% proof of Extraterrestrial entities in space.

Seeing a Doughnut shape UFO like this is going against all the thing's that we want to believe in because it looks like a cartoon UFO. We don't see normal UFOs like this. But, understanding that anything is possible and "how do I know what is and what isn't a UFO" I'm not the authorised person on Earth to admit or deny what is real or isn't.
Here's the full awesome YouTube video which was uploaded by Enigmas en la Historia ▬Ovnis Actuales, enjoy:
Please share your thought's and opinions also any ideas that you might have about this amazing multiple shaped UFO sighting at the NASA International Space Station involving the Russian Soyuz Craft. I'd also appreciate it if you could share this post with someone who you think would appreciate it, cheers.
Credit: NASA ISS/Roscosmos Soyuz/Enigmas en la Historia ▬Ovnis Actuales YouTube Video/UFO Sightings Footage/UFO News/Canva.