UFO Is Filmed Disappearing Into Clouds From International Space Station

There's been a massive increase of cloud UFOs or UFOs that look like clouds. These UFOs are deliberately made to look like a cloud or they have some sort of technology which is allowing them to have a cloak of what can only be described as white smoke, cloud or mist surrounding the UFO or engulfing or "engulfed" the whole Unidentified Flying Object? It is a real conundrum because it's not working well for these strange vehicles flying around the skies but so low and so brazen. Lots of people have started to film them as they are blatantly there in the sky. I've personally done a few posts on Facebook about these and now I've decided to do a post on my websites blog about it. Yes, this is very strange and that's because it's so brazen. It's so bizarre and it's ridiculous if it wasn't for the fact of the various videos and images proving that these weird things exist.

UFOs hiding in clouds and or pretending to be clouds are been spotted in ever increasing numbers and guys, they are absolutely "rubbish" at it. Seriously, they can't do it. Hiding in clouds is not their greatest achievement.

I'm not making fun of the Aliens potentially hiding inside these UFOs, it's more of a what the hell are you thinking "WE CAN SEE YOU FROM SPACE" type of pointing the finger at them accusingly! 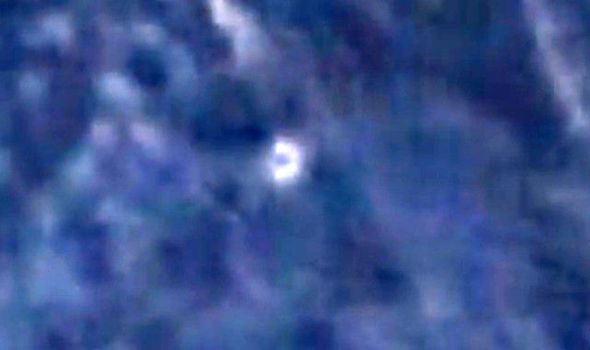 Give it up, go home and perfect the technique because the Cat's well and truly out of the bag on this top secret skulduggery?

Or is this a man made cloud UFO which they fluffed up? Because if it is - boy oh boy "your off the team". You might as well put a light on your head in a dark room.


Or have a helicopter go in front of the "cloud UFO lol" announcing your every move:

We now have Major Tom making a left turn, notice how he's able to match the speed of the fake cotton cloud we cleverly made back in Winnipeg lol. 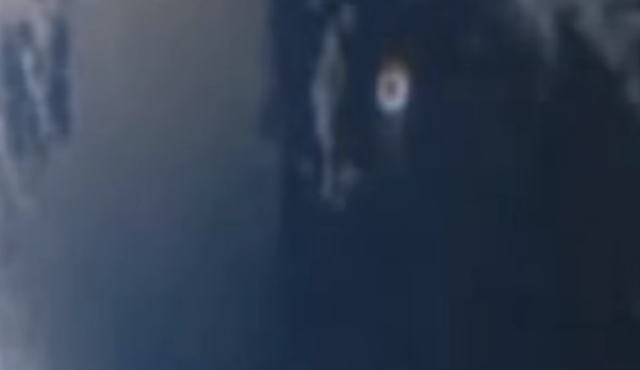 The jokes for this are never ending, boring but accusingly endless. It's malice in the end.


Video is at the bottom


The whole idea was probably not to end up on every Ufology blog, group or page and guess what? Yeah, you kinda flunked it big time "hiding a big UFO in a cotton candy cloud".


In fact, they'll be talking about these cloud anomalies for decades.


Anyways, my 2 pence worth of criticism is over and now on to the movie premier. I discovered this wee post during a surfing expedition through the small hours of the night.

A VIDEO which it is claimed shows a UFO filmed from the International Space Station (ISS) mysteriously disappearing into the clouds has gone viral.

The odd "doughnut-shaped object" is seen moving along at apparently the same speed as the ISS itself.

According to Streetcap1, who uploaded the footage to his YouTube channel, the object was a UFO and one viewer said it leaves "displaced tracks" as it fades away.


He wrote with his video: "Not a clue what this is but was lucky to catch it on the HD cams tonight. One viewer posted on YouTube:

"Remember UFO is not an alien spaceship, it means unidentified flying object."

It is not the first time a "doughnut UFO" has been filmed by the ISS - and so far they have all been exposed as lens flares.


Lens flares occur when light refracts inside the camera and the a reflection of the light appears on the projected image, meaning nothing is actually there.

Scott Brando, a forensic UFO investigator, said the latest "find" by Streetcap1 (link below) was just another lens flare.

He has previously scoured the original footage from the ISS to find the source of the lens flare and then uploaded a video exposing the hoax to his website ufoofinterest.org.

Speaking about the later video, he said:


"This is a typical lens flare, the type of which has already been explained many times."


Despite the evidence, there is no convincing Scott C Waring, editor of ufosightingsdaily.com, that it is not a alien space craft.

He blogged: "This is an extraordinary find by Streetcap1 of Youtube.

"This is a UFO recorded on the live NASA space station cam.


So, guys after reading this and the evidence that a cloud UFO is videoed from space, what's your opinion?

The evidence would suggest either a light was on in the ISS or that this is a camera perched on the outside of the ISS rules out a light reflection.

Is this a real UFO hiding or heading for cover in the clouds?

Is this a natural phenomenon or is this a hoax by NASA?


The other interesting thing to note though which isn't in anyone's mind as doubtful is this:


"The interesting thing about it is that it actually passes below the clouds. "That means this object has perfectly matched the speed of the space station and is travelling at an altitude of most passenger jets!


So, what does that "tit bit" of information make you think? My thoughts here are conflicting, contradicting and more over - speculative at most.

It's this end bit that has me questioning the whole hoax theory and the light reflection theory as it is under the clouds and it is travelling as fast as the ISS.

The clincher for me, "it's under the clouds".

That say's it and that bit right there is enough to warrant further investigation in to this. I mean, if anything is going to change your mind on a UFO sighting, what parameters does it have to tick first?

The UFO going under the clouds is what does if for me. So here's the video, decide for yourself: