This is the best UFO video I've seen because we can see the outline of an Alien Grey including the console and the lights inside the actual UFO.

This UFO video will definitely "separate the doubters from the believers" like no other UFO video ever has before.

I urge you to watch the Thirdphaseofmoon video as soon as possible because and get this, it's a newly enhanced version and guy's, you are watching history in the making! That's no joke. 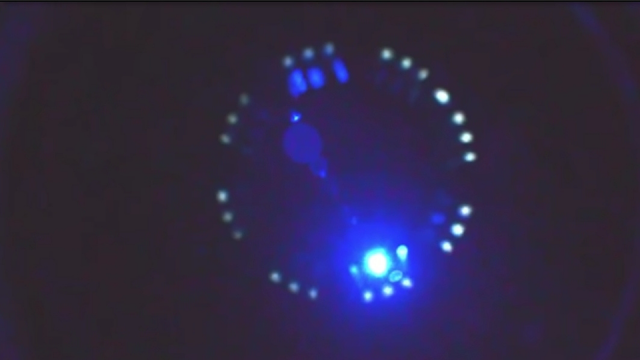 We can see Alien Greys in the UFO and this is what I've imagined before and probably what you've imagined and here it is finally. But to have a potential Alien and potentially real Alien Grey inside of a UFO is mind boggling because that's exactly what I've always wanted to see! 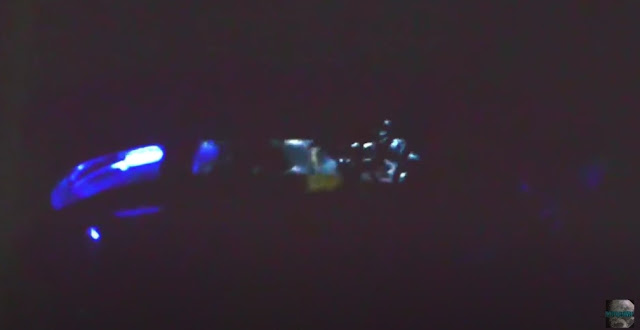 And here is that potential one, that day has arrived when my Ufology dream maybe realised? It's a bit sensational... But it's a sensational phenomenon in the order of the likes of which nobody has ever seen before.

Let's dive right into the deep end and get to grips with what could possibly be the most important UFO video of all time!

The eye witness is called Ed, he says that he was abducted by Aliens and he was so fortunate to film the whole video with the Alien Grey walking around in the UFO which is phenomenal. We then see lights on in the UFO, there's most definitely an outline of what looks like a genuine Alien Grey (mind boggling). We see a console and we see the entire UFO flying so slow without making any noise just above the tree tops.

I can't think of another UFO sighting that's come close to having in it, what I've seen in this one. I've been hoping to see an Alien inside one with the consoles, the lighting, the windows, the shape of the craft itself flying overhead for the longest of time. Of the eye witness filming it and having it all so close like this UFO is, it's the reason why I wrote the "insane" part of the title for this post.

Thirdphaseofmoon was sent so much mail about this UFO sighting in 2014 that he knew he must act upon it. So he did, Blake Cousins got to grips with the UFO sighting and created a fabulous new video with this enhanced version of the UFO video. It's potential to be true, to be the one that changes everything can't be underestimated. Being able to see the Alien Grey in the video is worth watching just for that bit alone. Albeit, we can only just make it out, but it's been filmed from below and to the side, in some parts of the video it looks like it's been filmed above the UFO? That's a little strange but it's just the zoom angle and the tree's in between the UFO and the eye witness filming it all.

It's literally what I've been hoping for since I can remember, I've for so long and hoped that one day I'll see the UFO that has everything going on. Now that I have, I could let the sceptic side of me run the show or I can supress the judgemental side of me and go along with it.

Remember, we don't need the Government's permission to believe what you already know is true. You and me do not need an anonymous validation to make up our mind. It might give another level of credibility to the UFO being real but in all honesty, if your like me then you'll know that this feeling of Aliens existing is so strong and makes complete sense that it doesn't matter what the Government says as I (like you hopefully) know deep down that they exist.

I'm certainly not going to be dismissing this so quickly just like I've done so in the past when I was so dismissive and relied on my own opinion and everyone else was wrong.

I went through a learning curve with UFOs for the longest time because I should of already been open minded and willing to look at the facts instead of taking one look at the photo of the UFO and totally dismissing it. I shouldn't have been so quick to do away with it like I did in the past with other less exciting UFO videos.

Please can you share this post, let's also get some debate going about this awesome UFO video, cheers.