This is a UFO sighting which occured over Maui in Hawaii in 2019 and the eye witness said that he didn't realise he'd snapped it until later on.

Okay, I'm stunned by this and as you know (probably) it doesn't take much to stun me into silence and that's just because I like to enlarge the situation straight away and think about the possibilities if it's genuinely a real Extraterrestrials craft.

Or basically I should say that it's definitely not lost on me regarding the importance and history changing event that it would be if it's indeed a real UFO sighting! A lot of people by nature tend to instantly air on the side of caution or even doubt as their go-to instant reaction whereas I'm a little bit different. It's a combination of 2017 UAP videos and the whole time line of Ufology itself. UFOs are now a fact or rather UAPs are a fact and if your anything like me, you read between the lines and it is exactly what it is. UFOs are real and we've had UFO disclosure in all but three little letters UAP. 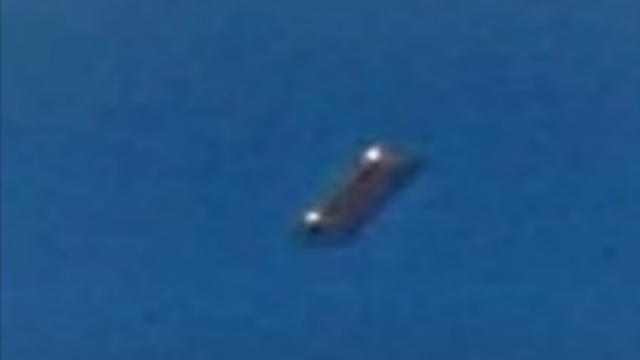 Also, this reminds me of another rectangular shaped UFO filmed over Conyers in Georgia, US. Here's the extraordinary snapshot of what people say is a "black rectangle shape UFO" but you'll see that it's so far off that even a silver UFO would look very dark like this... 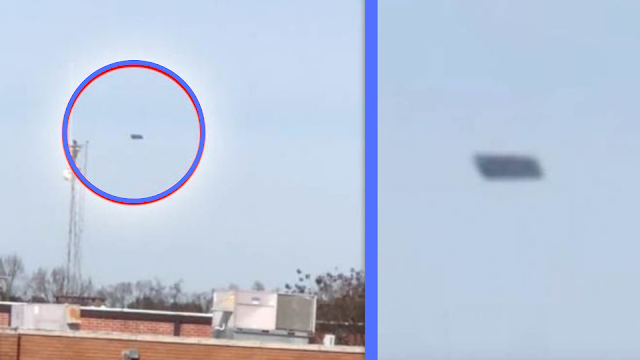 Here's the link to that great story on the Express.

The rectangular UFO sighting in Maui, Hawaii was reported on July 4th, 2019 and it was during the daytime and as the eye witness states in their MUFON description it was above the cloud line. The witness stated the object was not in any other frame of the photos except for just one frame which suggests to me that this was going exceptionally fast, like traveling at some significant speed. Looking at this UFO photo taken by the unwitting eye witness it's of a rectangle shape and has a "shiny as if a polished surface, like glass." It was fast moving with no sounds otherwise as you might think they (the witness) might have heard it way before they photographed it (again unknowingly), it had no flashing lights, no contrails, and seems to be alone just by looking at these photos and with no visible other crafts or debris anywhere.

I believe this is authentic proof of UFO life. The witness wasn't aware when taking photos, leading me to conclude that it's likely that this UFO was real, it was fast moving, able to avoid being captured by fighter Jets just like the UAPs and as it's not on any other frame I'm going with this as being a real Unidentified Flying Object.

This UFO sighting was reported on July 4th, 2019 in Maui, Hawaii and was reported a year after it was seen by a reliable source which is literally "anyone". I've deliberately put the word anyone because there's absolutely no way that we should discount this person's testimony because if we do, then we have to disregard every single testimony that's ever been reported because this eye witness should not be singled out as being any different and treated any differently than anyone else based on the opinions of someone saying it looks fake, right? It's just as real or just as legitimate as any other UFO sighting that's ever been seen and recorded and plus, it's been reported through the right channels so-to-speak. Based on their MUFON report, they stated that the craft was above the cloud line. One eye witness reported that this is a "shiny object with a polished surface."

Based on my observations and the description from the witness, this object has two separated domes on the craft at opposite ends of the what I'm describing it as a craft. It also is right to say that it can travel at tremendous speeds and it seems to be travelling alone and that's based on this only been in one frame and smartphones are usually set at the following frame rates: 24 fps, 30 fps and 60 fps so yes, it's more than likely traveling extremely fast.

Here's the extraordinary evidence that shows us how sneaky and fast some UFOs are, as they say "the proof is in the pudding."

If you know anyone who would appreciate this post, please share it with them, thanks. Also I'd like to hear your thoughts and opinions on what this could be, cheers.