An eye witness in Islamabad, Pakistan was actually able to film from multiple directions a Triangular shaped UFO which was described as "bulging".

There's always that one amazing UFO sighting which leaves you or anyone for that matter utterly speechless and this is just such a case for one man who was stood watching this Triangular shaped UFO for wait for it, two hours.

As far as I'm concerned, this is such good information that I hope this was picked up on and is going to get a full investigation? Now, when it comes to Governmental UFO investigations I must admit that I'm not enthusiastic about it and I used to think that a chimp could offer a better "full forensic investigation" as opposed to the puppets who used to have to pretend they were investigating a UFO case but in reality it was theatrics because the outcome was already determined so it is what it is, right? 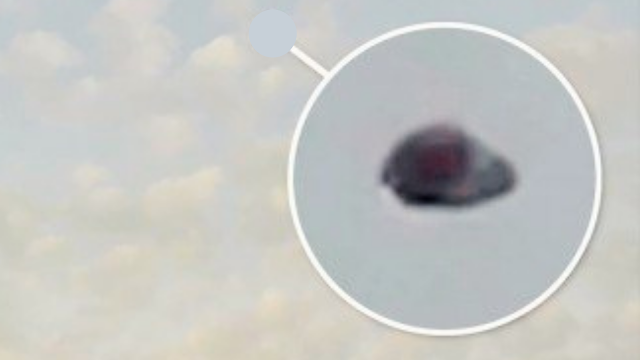 It's just good old fashioned "theatrical entertainment" so anyone and their aunty can read a statement and the steps taken but if the outcome is already a forgone conclusion, then it's a circus performance put on just for the public.

But now, it seems like were getting somewhere, it seems like this genre is finally getting the serios attention and investigation that it rightly deserves. The UFO in this case, it's a Triangular and bulging UFO with what Arslan explains as a "clear bulge which was towards the back of it". He (Arslan, eye witness) actually filmed it for 12 minuets and he took multiple videos of it from many different angles. The video which he has taken was such good quality that it allowed him to zoom into the large Triangle shape UFO from which he could see lots of details and that's all good information which is all in his video.

The UFO sighting actually took place over Islamabad over Pakistan in a district called DHA 1 sector which is apparently a posh area? It really doesn't matter about that but it's part of his statement so I'm not going to take it out or pretend he didn't even mention this. 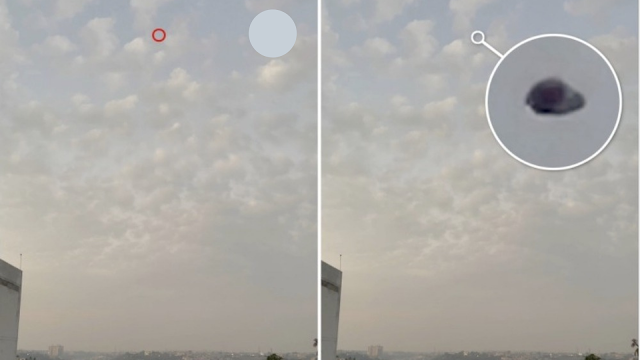 Posh, slum, average, luxury etc who cares, UFOs will always bypass any and all cast systems or cultural hierarchy and silly boxes that some people like to put other people in.

An extraterrestrial enthusiast noticed the weird object prowling the skies of Islamabad, Pakistan, in broad daylight.

Arslan Warraich, who was taken aback by the triangular shape floating above the capital city, said he spent two hours watching it.

I absolutely love the way this UFO comes to life when Arslan (eye witness) zooms into the object. It's quite hard to see until bam, there it is right in the center of the screen as clear as daytime is. I've personally only seen one UFO (I believe) and even then I couldn't actually get a clear photo let alone a video because before I knew it, it was totally gone, it wasn't anywhere to be seen. But I believe I saw a UFO so that's all that matters because looking for UFOs and researching UFOs is a personal quest. Looking up at the sky is a personal thing especially thinking "I'd like it if I saw a UFO". It's a definite personal journey and for some people talking about eye witness statement's is just as good as seeing a UFO. Like me for instance, I thoroughly enjoy reading about and talking about plus writing about UFO encounters.

Researching Ufology is my personal journey, it's fulfilling, it's interesting, I know there's millions of like minded people out there whom like to read up on UFO sightings ancient and present alike. It leads onto so many other relevant subjects like conspiracies, space travel, ancient history, the future, Extraterrestrial beings, life on other planets and the list is pretty much the longest list that there is and that's because "everything" is connected!

“I still don’t know what it was,” Arslan explained.

“I videotaped it for almost 12 minutes at various points, took dozens of photos, and studied it for nearly two hours.”

“At first glance, it appeared to be a dark round rock, but as I zoomed in, I saw it was about the shape of a triangle with a clear bulge on top towards the back.”

“It was completely black with no sharp edges.” It wasn’t reflecting a lot of light, and no light was coming from it.”

The mysterious item is seen hanging stationary over the hustle and activity of the capital city below in the remarkable clip.

The eye witness, Arslan Warriach could have been forgiven for staying there for 2 hours but only getting 12 minutes of video and photos but still, it's a very straight forward UFO sighting. How much does one need to become a believer? What's it going to take for people to understand that were not alone in the universe. There's probably plenty of species in the universe with some at the beginning of their respective timelines? There could be some species at 1 Billion years old and then there could be species like us, like human beings and we're officially just tens of thousands of years old...

And we've only just started our written history. The ancient Sumerian people brought us our very first writing method. It just appeared overnight and that's a fact. Nobody even knows where it came from? It wasn't there, then it was there, fully developed and fully intricate with absolutely no lineage whatsoever. So, knowing what we all know now, are you anymore convinced about real UFOs?

Okay, turn your attention to...

On April 12, 2021, the Pentagon confirmed the authenticity of pictures and videos gathered by the Task Force, purportedly showing "what appears to be pyramid-shaped objects" hovering above USS Russell in 2019, off the coast of California, with spokeswoman Susan Gough saying "I can confirm that the referenced photos and videos were taken by Navy personnel. The UAPTF has included these incidents in their ongoing examinations."

Watching a UFO for 2 hours would be awesome.

Here's the extraordinary video I researched and found. It's a canny wee video showing some absolutely stunning footage of Alien crafts:

If you know someone who is interested in UFOs then please share it with them. Id appreciate it if you could share it anyway's and even better than that, please leave a comment, cheers.