Unknown Strange Object Falls From The Sky And Is Still Hot

An unknown object falls to the Earth's surface supposedly from space. It's not burnt and it's not looking like a meteorite could it be a UFO, Maybe?

Okay, it definitely fell from the sky, people actually saw it fall and it created a two foot wide crater but it doesn't look like a meteorite but instead it looks like a UFO.

How people in India actually saw this "unknown object" falling from the sky in broad daylight I'll never know but it definitely happened one hundred percent. Personally though I've never seen a mystery object fall from the sky but if I dod see one, it most certainly wouldn't look like this one. We can't argue that they didn't witness it because the video below shows us that they did witness it. So, they did see it and was running upon it straight away which suggests that they could see it even in daylight. To me, this looks like a metallic UFO in fact it looks like n interlocking piece of unknown object. 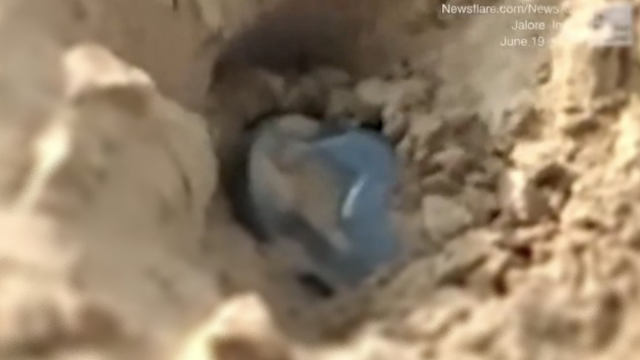 This strange looking object is now in the hand's of the Geological Survey of India for examination. It fell to the world on the morning of Friday June 19th 2020 and reports are saying that it was really hot and definitely was to hot to touch. 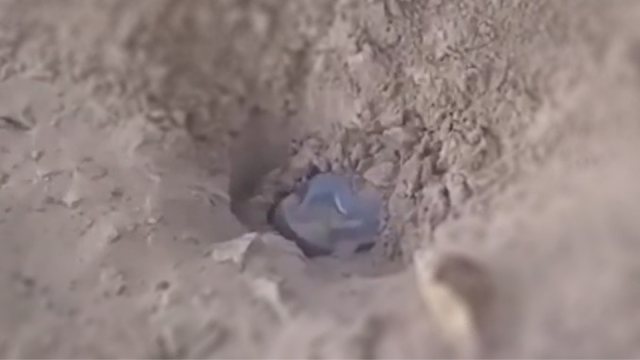 A meteorite-like object fell from the sky in Rajasthan's Sanchore town on Friday morning. The object resulted in a one-foot-deep crater and created an explosive sound that was heard up to two kilometers away. The unidentified object is currently with the police and under investigation.

According to locals, an explosive sound was heard when the object fell from the sky. The fall and the sound resulted in panic in the area.

The object was emitting heat even three hours after it crashed leading many to believe it may explode. As a result, the administration advised locals to stay away. After it cooled down, it was put in a jar. According to the police, the object will be investigated by experts.

Guy's, this does not look like a meteorite! In fact it's extremely unlikely that this is a meteorite just because of how it looks. Okay I'm not an expert in "greyish blue bits of what looks like metallic piece's of a UFO" but I'm definitely an expert in seeing thing's and giving my opinion! I'm pretty sure that everyone has an opinion on most thing's, so that's why I'm opening this up to you guy's. Because like, you can tell the difference between a meteorite and an unknown object?

Me, I've got an understanding in what's probably a lie or a fake or just totally misunderstood and labelled wrong. I come across a lot of misunderstood anomalies but not that it's intentionally put across as a UFO but rather it's just misunderstood.

But this, this is so strange, there's strange unusual markings on the metallic outer surface of the object which do not conform to what a meteorite looks like. Don't forget that meteorites have to go through our atmosphere and they get burnt up upon entry. This has no heat mark's, there's no black burn scorch mark's and it's entirely one metallic greyish blue color. That's why I am confident in saying that it is not a meteorite. It's an object and it fell to the ground and it's still hot. Guy's, it really is what it is... Right.

Here's a fantastic image of the UFO or meteorite, you can decide what you think it is but I'm still going to give you my opinion which is based on my past learned knowledge of meteorites and how they look, and how I know that UFOs can and have fallen to the ground before. Usually an extraction team moves in to retrieve it though. Okay, I hear you saying "but it's not that big"...

How big is a UFO?

The people of India was touching it, they we're talking about it, taking selfies with it, people was wanting to take it away and yet they couldn't because it was so hot. That's a good thing that they couldn't take it away because now it will not end up on the black market! It's in the hands of an official body.

But it's not looking like a meteorite, it's not burnt, it's not black like it should be. It's a silver lead color. What's going on with this so-called meteorite?

To me, this could be a UFO and it's not just me who's thinking it because a lot of people out there that are seeing it, they're looking at it and saying the exact same thing. It could be a UFO!

Here's the epic video that shows us something that quite possibly could be from out of this world: