White Round Flying Saucer Filmed From The Window Over South Korea

The UFO video has been lighting up the Internet since it was first released, and of course many people are offering the extraterrestrial explanation which was to be expected. But, I tell you now that a spokesperson for the South Korean Air Force says it's probably just a balloon. It happened on April 7th, 2011. Let's hope it's real, but there's a 50/50 chance it could go both ways.

I swear to you that even after the "3 UAP video disclosure" we are still being worked on from the very colleagues of the US Air Force, albeit in another country but an Air Force is an Air Force, right - they get the same training to turn it on or off lol? Just like a Doctor in the US is a colleague of a Doctor in the UK! The only thing that seperates one another is the country itself. A fighter jet is flown just the same way in one country as to another. These Air Force personnel should be up to date with UAPs at least and they should be leading from the top. Obviously the top Air Force is the US, that's not even debatable it's a fact and so they should all be on the same page. 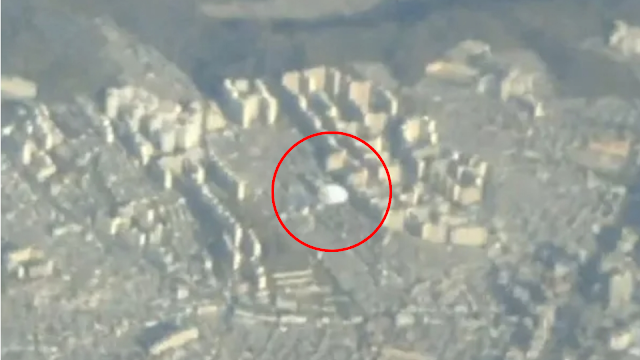 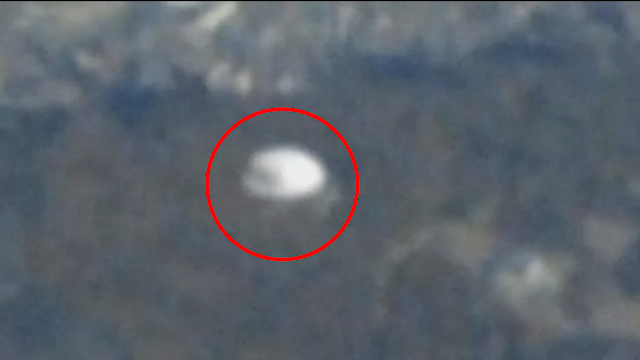 A mysterious white oval-shaped object flying over Seoul has been caught on video by a passenger on a plane. The oval object is flying high in the sky, and it quickly passes over the city. The person filming claims that it's not a balloon or a drone.

It can be seen while flying over Seoul, South Korea. No ideas where given as to what it is or what it could be. Is it a militairy chopper "highly unlikely". Is it a plane again it's"highly unlikely." So, is it a UFO - it's looking highly likely. My gut feeling says that this is a craft from another planet or another dimension.

The oval object in the video was flying at a lower altitude to the airplane which it was filmed from making it hard to identify. Pilots have said since in many comments that it does not resemble any usual or known flying objects. The UFO certainly doesn't look like any known aircraft or natural object. Which I've totally got to agree with. I'm no airplane expert or an expert in aerospace vehicles but I can tell you that as a person whose been researching UFO sighting's for over a decade, I'm self taught (whatever that means) and I've never seen a plane that looks like this, leaving the age old typical UFO as the answer, if we can call it that?

Some people have said it could be a parachute, some have said it's a carrier bag in the wind and obviously some people have said it's a balloon. Some have also said that it could be a droplet of water on the window. However the one thing that I have to agree with is that there's definitely selective editing going on here because the video starts in mid flow with the white UFO already in the frame and the cameraman stops it mid flow  there's got to be more to the video so that's got to be called exactly what it is. It's called "selective editing."

Also as we see in the video that the UFO is in the screenshot for a while before the cameraman even say's a word about it to the other supposedly eye witness probably next to the cameraman in the seat next to him I figured? Either way, there's absolutely no way that anyone can hold their mouth until a fair few seconds pass, there's just no way that this is possible because people would be shrieking with wonder!

Here's the extraordinary video for your own research:

How about sharing your thoughts and opinions on what you think about this interesting object in the video? Please share this post with someone who would appreciate it, cheers.