This is a very strange UFO Sighting because it was posted to MUFON but all the media photos have disappeared. Fortunately another researcher saved it.

If a UFO sighting can happen this close to the free world's White House and in the capital of the United States then there's either a UFO treaty in place or they're very sneaky.

The thing is, it was reported to MUFON but after I've gone on over to MUFON I've found that the UFO photos are gone! All of the photo's which was definitely there are all gone so it's a good job that someone else wrote a post about this. 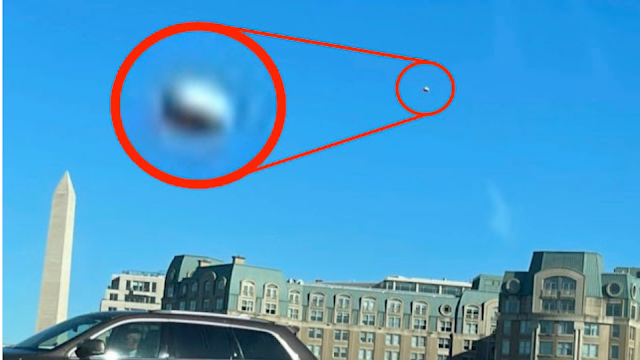 Credit: UFO Sightings Daily/UFO Sightings Footage/UFO News/Canva.
The Tic Tac UFO totally and utterly vanished from the MUFON archives. As if they didn't even exist in the first place but we know for a fact that they did because I know of at least one fellow UFO researcher who has covered this already and as such (it didn't matter who covered it really), but what really mattered was that someone did so. But it's all vanished off the "pay for access MUFON website" which is wrong!
Good on you for taking the initiative and making copies Scott Waring of UFO Sightings Daily. 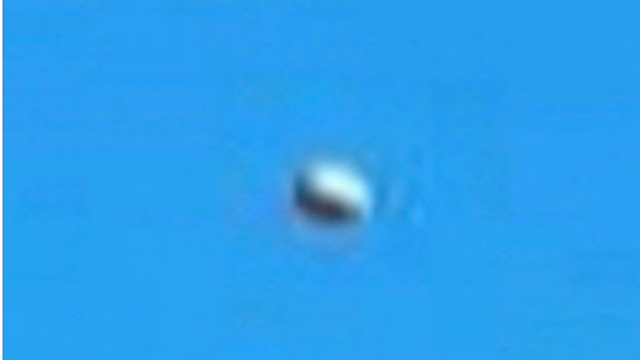 Credit: UFO Sightings Daily/UFO Sightings Footage/UFO News/Canva.
So, I'm happy to say that the following media was saved and it definitely does exist still  unless someone or some agency is trying to make it disappear... That would mean they have access to MUFON which I don't think anyone can take down media without them knowing but I could be wrong? It would suck big ones if they've got access because it's a user led and voluntary service albeit until the minute you wanna go look at your own UFO evidence, you then have to pay which is one big carrot crunching move if you ask me. People give them their UFO video and they charge people to look at them, that's so underhanded and deceitful (I don't care if it's clearly stated that that's what they do) it's wrong.
Related post
2 UFO Orbs Pretending To Be Planes And Spraying Chemicals Into The Atmosphere
UFOs are solid looking objects, this one is high, high enough to definitely be seen on radar, cctv, secret service surveillance and other satellite cameras constantly monitoring the US capital. So when you see a UFO like this blatantly up in the air and nobody is doing anything, even the blacked out helicopters aren't doing anything you know somethings up, right? Unlike what we've seen in other cities in the US quickly deployed to target UFOs, then you know somethings up. Read the following report.
Eye witness report:

Eyewitness states:  I was crossing the bridge from Arlington into downtown Washington DC I noticed one black helicopter and one desert camo colored helicopter as well circling around the Jefferson Memorial and that’s when I noticed egg shaped or TicTac shaped beautiful just hovering there was stuck in traffic With my Uber passenger in the car I managed to take five pictures of the objects meanwhile it was just stationary for about 5 to 7 minutes then traffic started moving and had to start driving!

Date of sighting: October 2, 2021
Location of sighting: 13th St Bridge, Washington DC, USA
Source: MUFON #118437 and UFO Stalker which is MUFONs media archive website. Every UFO case on MUFON is on UFO Stalker which has a replicated copy and it's owned by I think MUFON. I've looked it up and you can check it out for yourself it's a 20 person company bringing in $5 Million per year just from being a MUFON media archive! So, why do they charge a subscription fee? Check this link for evidence of that and what it does via Zoom info.

Please share your thought's and opinions also any ideas that you might have about this amazing UFO sighting, cheers.
Credit: UFO Stalker/MUFON/UFO Sightings Daily/UFO Sightings Footage/UFO News/Canva.