UFO Passes By Plane With Lot's of Fog

A person on a flight was filming out the window while landing in fog. He videoed a UFO passing by and it's similar to a NASA UFO event on the ISS.

This UFO incident occurred on a flight while the eye witness was filming out of the window, it's unclear though where the person filming it was landing but it happened just before he landed.

It happened in September of 2012 and we know it was uploaded on the 10th because that's the date on the YouTube video. There's a brief description from the eye witness himself that accompanies the UFO video on YouTube which has amassed an impressive 1.9 million views. I've actually seen a very similar NASA UFO event (video, not in person) and it's actually the wild and extremely uncanny similarities that attracted me to write about this peculiar UFO sighting.
Related post
Triple UFO Triangle Formation Caught On 3 Separate Cameras At The The ISS
The NASA video has a UFO with what looks like 2 lights on the front of it just like this UFO has. It's also the shape of both of these look very similar to one another. It's not everyday that we see 2 UFOs that look the same with nearly a decade apart from each other so it's worth looking into for that reason alone. What if it is the same UFO? That would be epic and probably a first? 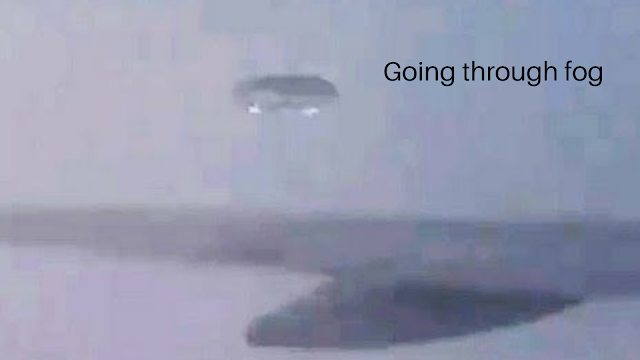 Credit: 318ilions YouTube Channel/NASA/UFO Sightings Footage/UFO News/Canva.
Here's the title of that particular UFO sighting. If you check out that post you'll see the similarities for yourself. I'll add an image below of it, here's the title of that post:
NASA Quickly Cuts Live Feed To Hide Weird Looking UFO That Turns Up.
Here's the very similar looking NASA UFO which looks extremely interesting and near enough exactly the same shape and size and design as the UFO sighting from the airplane. If the NASA UFO was upside down we'd have a near match in both UFOs. 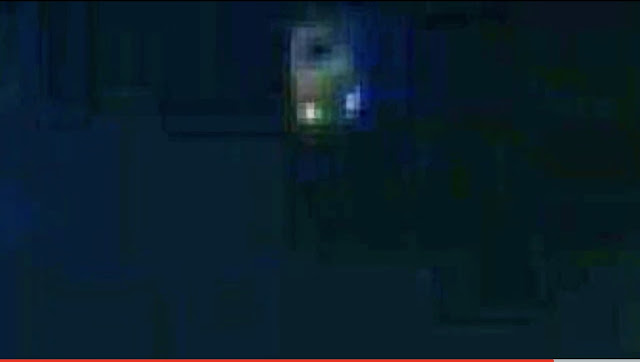 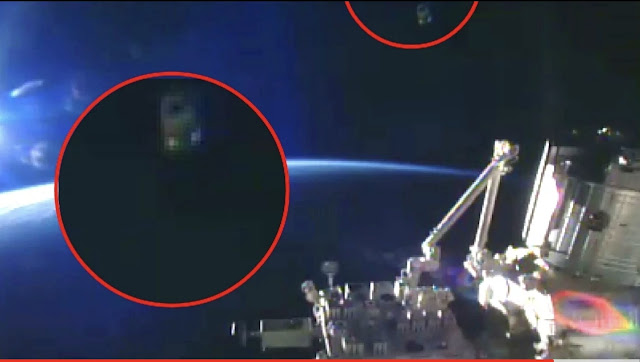 Credit: 318ilions YouTube Channel/NASA/UFO Sightings Footage/UFO News/Canva.
I'll add the YouTube video description which was written by the actual eye witness on the plane and was the person who uploaded this video to YouTube:
Quote:

While filming from the window of the airplane, suddenly an unidentified object passed us by. It was really unbelievable when I received and viewed the film in slow motion on a computer. So I am going to share it with you. It happened before landing.

I've alway's hoped to be able to put one UFO sighting together with another UFO sighting but in different places at different times because it proves that they're real, they're showing up in other UFO sighting's and so by that it suggests that it has somewhere to go? Maybe even a base or a hiding place or even back to orbit and never actually hides, it could just continue without stop? There's so many different ways to explain a UFO sighting and how to interpret them. Nobody is wrong, nobody is right and the only thing that matters is that it exists and we are able to talk about it.
Here's the full video by 318ilions Youtube Channel:
Please share your thought's and opinions also any ideas that you might have about this amazing UFO sighting through the window of a plane that was landing. I'd appreciate it if you could share this post with someone who you think would appreciate it, cheers.
Credit: 318ilions YouTube Channel/NASA/UFO Sightings Footage/UFO News/Canva.